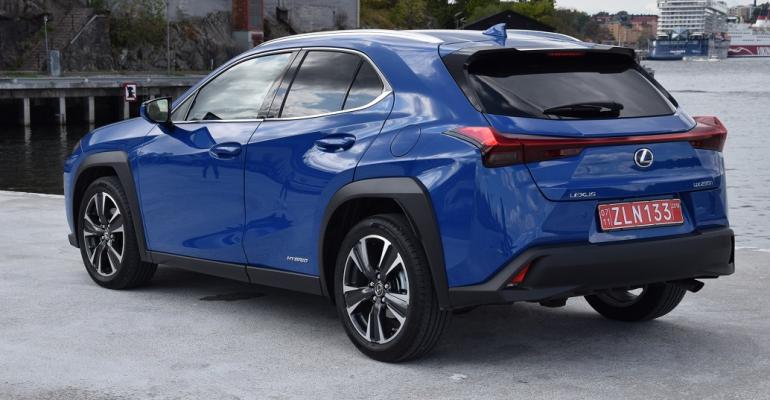 The European New Car Assessment Program awarded the maximum five stars for safety to the all-electric Audi e-tron and hybrid versions of the Lexus UX and Toyota Corolla and RAV4, as well as the Volkswagen T-Cross, Mazda 3 and Renault Clio V.

“As more and more new-energy vehicles are entering the market, four vehicles of the batch were tested as other than petrol (gasoline) or diesel variants,” Euro NCAP says in a statement.

“Audi’s new 4x4 was assessed as full electric and can be compared to Tesla’s Model 3, due (for testing) later this year, and Jaguar’s I-Pace and Nissan Leaf tested under the same rating regime in 2018. The Corolla, the RAV4 and the UX are hybrid vehicles.”

The Clio V and its rival the Mazda 3 “both performed exceptionally well in adult-occupant protection and child-occupant tests, making them strong contestants in our small family car best-in-class category.”

The new VW T-Cross is a supermini-sized crossover based on the Polo tested in 2017. While the Polo already offers many safety features, the T-Cross adds lane keeping, which helps prevent inadvertent drifting out of lane and intervenes in some more-critical situations.

Euro NCAP Secretary General Michiel van Ratingen says it is encouraging to see all manufacturers did well, regardless of type of powertrain or class of vehicle tested.

“New cars on the market continue to offer more advanced technology as standard, systems that were not even considered an option a few years ago,” van Ratingen says in a statement.

“Vehicle manufacturers must respond on all levels to consumers’ expectations, but adding more safety is often challenged by market conditions. Despite this, we see the latest state-of-the-art safety technology being made standard on many of Europe’s best-selling family cars.”