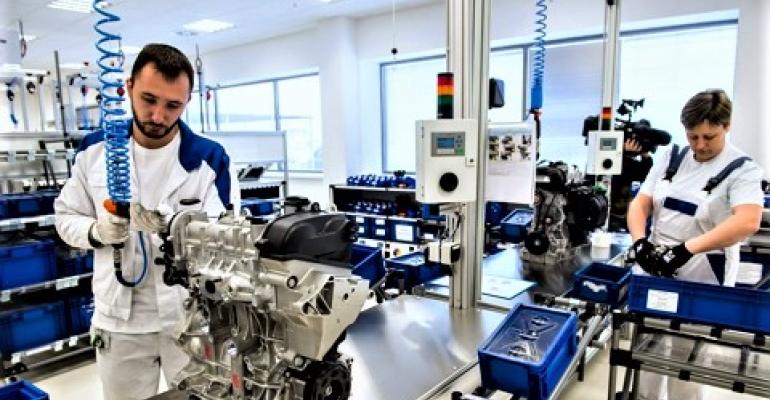 The incentives would be targeted at global manufacturers operating in Russia but considering scaling back their international presence because of quarantines and other anti-COVID-19 measures in their home markets.

ST. PETERSBURG – The Russian government, seeking to ease the economic distress stemming from the COVID-19 pandemic, may offer additional support to automakers and subsidies to consumers in a bid to shore up production and sales, respectively.

The automaker incentives would be targeted at global manufacturers operating in Russia but considering scaling back their international presence because of quarantines and other anti-COVID-19 measures in their home markets.

For many automakers the Russian market has not been a priority, causing concern among government officials and industry analysts that those manufacturers may follow the lead of Ford and General Motors and abandon production in the country.

Support for the companies would include deferred payment of utilization fees and direct financial support for R&D activities and plant modernization. Those and other measures would be designed to increase cash flow and allow continued payment of salaries to workers.

Local as well as federal officials are considering offering support. For example, Alexander Beglov, the governor of St. Petersburg – one of the country’s main auto-producing regions –

has proposed canceling the profit tax on automakers operating within the region.

Many automakers have announced plans to raise prices because of devaluation of the ruble. The government in response may try to stimulate consumer demand by reducing car-loan interest rates below 5% and subsidizing 100% of insurance payments.

The government also may provide tax incentives to parts suppliers, possibly in the form of reduced value-added taxes.