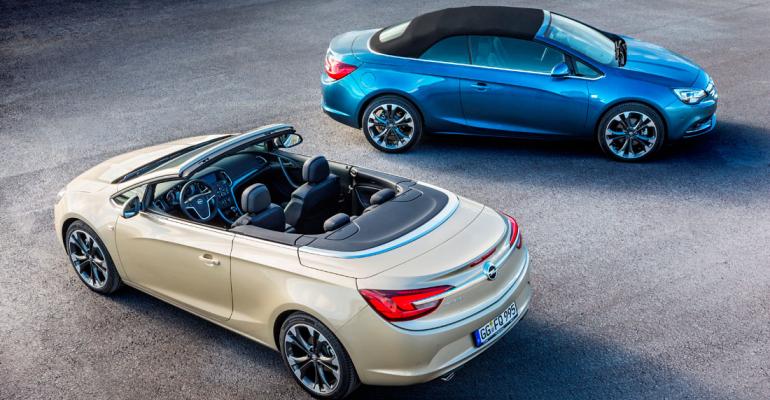 GENEVA – Subscribing to the theory that great product delivered quickly and flawlessly is the best way to save a struggling auto maker, General Motors’ Adam Opel unit uses the auto show here to unveil several new vehicles intended for a wide range of customers.

Leading the charge is GM’s newest vice president and Opel’s new board chairman, Karl-Thomas Neumann, who also assumes the helm as president of GM Europe.

Despite being on the job a mere four days and facing enormous pressure to turn around the flagging operations and preserve thousands of jobs in Germany, Neumann steps on stage here and conveys a can-do charisma that Opel and its employees and customers badly need to see.

The first vehicle in the chute, arriving next month in European showrooms, is the Cascada 4-seat convertible, a near-luxury entry with midsize dimensions that will be positioned atop the Opel lineup.

The Cascada’s soft top, integrating magnesium components to reduce weight, opens at the touch of a button in 17 seconds while driving at speeds up to 50 km/h (31 mph), or via remote control while the car is at a standstill.

Opel steps up its infotainment presence by adding the IntelliLink system – now a global GM platform for entertainment, phone and navigation – to the Adam city car that just went on sale in January and is produced in Eisenach, Germany.

IntelliLink is compatible with both Apple iPhones and Android smartphones and integrates many of their functions into the car. The system comes with Siri Eyes Free voice recognition, which works with iPhones running on Apple iOS 6, and apps such as TuneIn for global radio streaming.

The TuneIn app enables drivers and passengers to access 70,000 stations and more than 2 million on-demand programs. Songs also can be played from the driver’s iTunes music library.

Overall, the IntelliLink system is intended to make driving safer and more comfortable, allowing drivers to perform many functions solely by voice activation. Text messages also can be dictated verbally and sent.