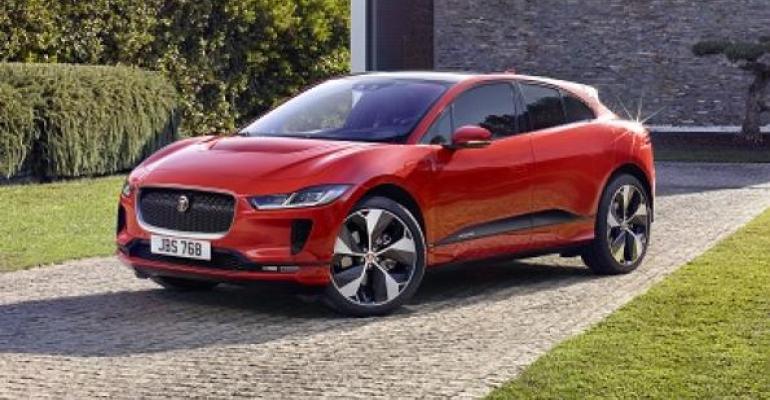 The British automaker&rsquo;s CEO won&rsquo;t specify what level of U.S. volume would be a catalyst for production in the States, but he says you can&rsquo;t look at Volvo as a reason for JLR to pull the trigger.

NEW YORK – Jaguar Land Rover executives are eager to assemble vehicles in the U.S., but feel the British luxury automaker first needs to sell more of its car and utility vehicles to Americans.

That is the word from JLR CEO Ralf Speth, who tells WardsAuto in an interview, “We are always sitting there (asking of a U.S. vehicle-assembly plant), ‘Can we do it? When can we do it?’"

JLR sold 114,333 vehicles in the U.S. last year, an 8.8% increase from 2016 volume. Wards Intelligence data shows JLR had the biggest volume jump of any automaker selling in the U.S. in 2017. It also was Jaguar and Land Rover’s best U.S. yearly result either before or since the two brands were purchased by India’s Tata from Ford in 2008.

But Speth notes JLR still is a “very small company. We need a certain volume of vehicles to be sold in the U.S. to make the overall production in the U.S. viable.”

JLR vehicles sold in the U.S. are imported from U.K. plants, as well as contract-assembler Magna Steyr in Austria. JLR also has vehicle-assembly plants in Brazil, China and India, as well as a new plant slated to open this year in Slovakia.

Speth won’t specify what level of U.S. volume would be a catalyst for production in the States, but he says one can’t look at Volvo as a reason for JLR to pull the trigger.

Volvo delivered just 81,504 vehicles in the U.S. last year, but is building a vehicle-assembly plant in South Carolina that is set to open this year.

“Everybody’s business case is different and everybody starts maybe in a different way,” Speth says. “I don’t want to discuss the advantages or disadvantages of Volvo. We really need to find our own way.”

The CEO says not only does JLR’s total U.S. volume need to grow, but it also needs to cultivate some dominant models to justify local production.

“If we have to export out of the U.S. 90% or 95% (what we build in a local plant), then you will recognize it never will work from a financial point of view,” Speth says.

In comparison, Volvo sold 30,996 XC90 CUVs, one of the models the Chinese-owned Swedish automaker will build in South Carolina, albeit not until 2021.

Says Speth: “We (now) have 15 or 16 nameplates (and) if you divide every and each number by this 15 or 16 then you will recognize the remaining number per nameplate is not big enough. So can you maybe encourage (sales and marketing and dealers) to sell a little bit more from at least one or two nameplates?”

The JLR CEO points out the two brands “have been in the U.S. for ages” and says the automaker has an affinity for the country.

He points to JLR’s recent investment in a new U.S. headquarters in Mahwah, NJ, which officially opened last week, as proof of its commitment to the American market. JLR reportedly spent $30 million on the site, although NorthJersey.com reports it is receiving $28 million in tax breaks over a 10-year period for the HQ.

Meanwhile, JLR is making another commitment to the U.S. with its recently announced partnership with Waymo.

From 2020, JLR will supply 20,000 units of its new I-Pace battery-electric CUV to the Google-affiliated autonomous-vehicle specialist for its U.S. mobility fleets.

Speth says the hefty amount of vehicles bound for Waymo is “not scientifically calculated, (but) at the end of the day nobody can compare (the number of AVs needed) with a normal production volume.”

Without detailing its math, Waymo estimates a million trips could be made by self-driven I-Paces per day in 2020.

Should it be necessary, JLR could supply even more I-Paces for autonomous mobility fleets, Speth says.

Magna Steyr is building the I-Pace for JLR at its Graz, Austria, plant. It is unclear how many units of the I-Pace are due to be assembled annually at the plant. Last September Automotive News Europe reported the then 25,000 orders for the vehicle were equivalent to nearly two years’ production.