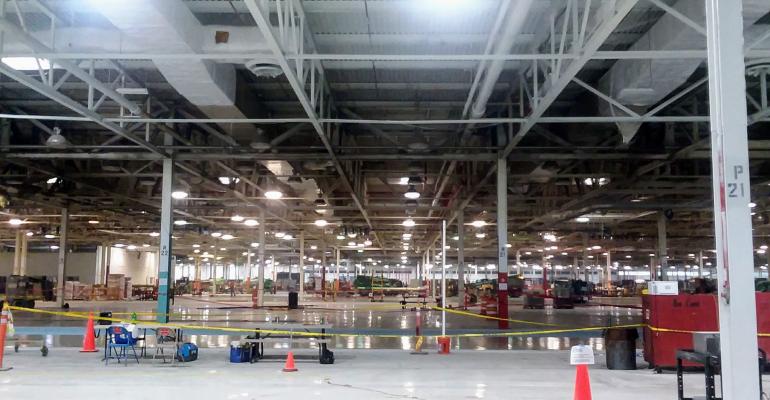 While Wards Intelligence data shows a slump in most Jeep models, Grand Cherokee sales have been resilient, likely fueling the urgency to get the new plant up and running.

DETROIT – With Jeep one of the fastest-growing vehicle brands, construction crews are working around the clock, including weekends and holidays, here at FCA US’s new assembly plant for the brand.

“We’ve been working Saturdays, Sundays – we even had people here working on the Fourth of July…and that’s for the foreseeable future,” Eric Goedtel, senior project manager-building group for FCA, says at a media briefing earlier today.

Start-of-production for the vehicle-assembly plant here is set for late 2020, he says.

While Wards Intelligence data shows a slump in most model lines brought Jeep volume down 7.8% in first-half 2019, Grand Cherokee sales have been resilient, up 12.8% in the same period, likely fueling the urgency to get the new plant up and running. With 123,272 units delivered, the model was Jeep’s No.1 seller in first-half, edging out the Wrangler by roughly 6,000 units.

Wards Intelligence forecasting partner LMC Automotive shows the new 3-row SUV arriving in 2021 as a ’22 model, the same calendar year and model year the next-gen Grand Cherokee arrives. The latter is due to receive a plug-in hybrid electrified variant one year later.

While FCA is investing $1.6 billion in the site on Detroit’s Mack Avenue, it also has earmarked $900 million for updates to Jefferson North. An FCA spokeswoman says remodeling there will occur once the new plant is active, allowing FCA to shift some Grand Cherokee builds away from Jefferson North so renovations can be done.

Today, FCA erected the first steel column (see pic below) for the Mack Avenue site’s new 790,500-sq.-ft. (73,440 sq.-m) paint shop and took media through the future home of the 3-row SUV’s assembly plant and body shop, to be housed within the former Mack Avenue I and II engine plants. 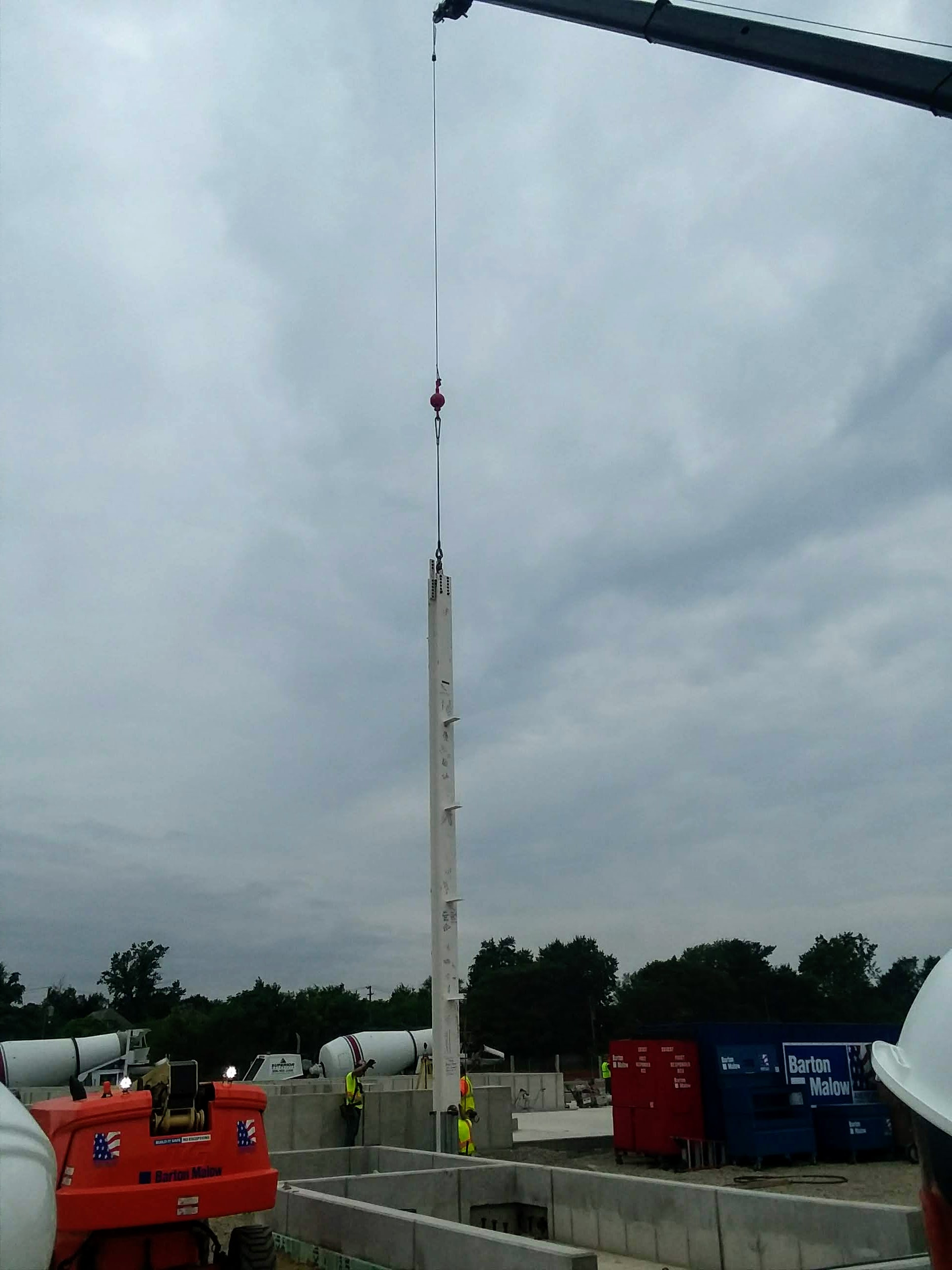 One early update to a portion of the building is cleaning and painting of its steel framing, as well as new LED lighting. The contrast between rehabbed and old sections is stark, and Goedtel estimates the LEDs, when fully installed, will save FCA 80%-90% on its electricity bill here.

He sees the reuse of the old building as a win, noting FCA is saving “a lot of time” by not building a new structure, quickening the pace of construction and getting vehicles into customers’ hands sooner.

While Mack Avenue 1 had been assembling engines for 21 years, including Chrysler’s 4.7L V-8 for the ’99 Grand Cherokee, it started with vehicle assembly, the ’92 Dodge Viper.

Further along than general assembly is the new body shop building, formerly known as Mack II and which stopped building Chrysler’s 3.7L V-6, used in various Jeep models and Dodge pickups, in 2012. The building most recently was a pilot production site for the new Wrangler, Goedtel says.

FCA’s Greg Rose, director-environment, health and safety, expects the new Jeep assembly complex to have the lowest emissions of any similar complex in the U.S. Modeling shows 380 tons of volatile organic compounds to be emitted annually, which he says is about a third of Jefferson North’s current emissions. FCA has plans to reduce VOCs at the 30-year-old Jefferson North plant during its remodel, Rose says.

FCA will be cleaning exhaust at the new Mack Avenue facilities using industry-standard regenerative thermal oxidizers, similar to catalysts in vehicles and which he says remove about 95%-98% of VOCs before emitting air through stacks.

In the new paint shop, paint that doesn’t go on vehicles will be “reduced to its lowest possible amount,” Rose says.

FCA also is cognizant of containing stormwater and limiting noise levels for the neighborhood – a barrier wall is planned for around the site and an FCA spokeswoman notes noise-generating construction work is reserved for daylight hours. A stormwater park with bioswales and rain gardens will be installed here on formerly vacant lots, with landscaping using native plants specified.

Somewhat controversially, FCA is set to receive more than $50 million from the city of Detroit for the complex, including in property, the Detroit Free Press reported in May when land acquisition was finalized.

Detroit Mayor Mike Duggan has downplayed subsidies from the city, one of the poorest in the U.S. and which lost automotive jobs when General Motors’ Hamtramck-Detroit assembly plant closed earlier this year after ending Chevrolet Volt production. Duggan told the Free Press Detroit’s subsidies represent 11% of FCA’s total investment, less than the 56% Toyota and Mazda will receive for their new Huntsville, AL, assembly plant and below the 41% given to Toyota for its Georgetown, KY, assembly plant.

FCA expects its total planned investment in Michigan of $4.5 billion to create 5,000 jobs in Detroit, plus an additional 1,400 in the nearby suburb of Warren, where its current Ram Classic assembly plant will add builds of the new Jeep Wagoneer and Grand Wagoneer large SUVs. LMC says Wagoneer production in Warren will commence in 2021.