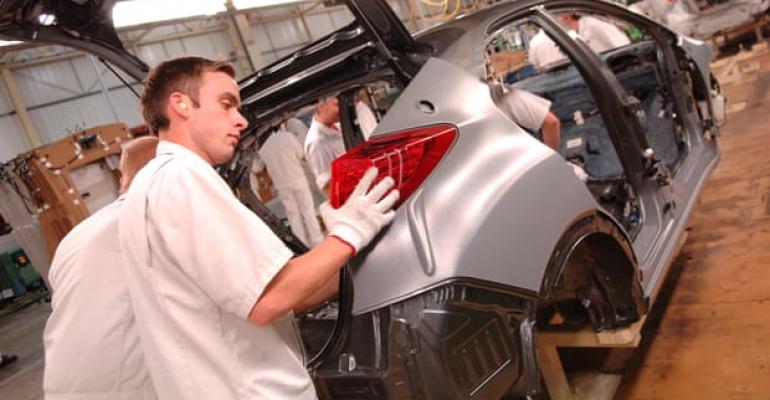 Honda announces a global restructuring of its manufacturing operations, including closing plants in the U.K. and Turkey and sourcing European stock from Japan.

The automaker says the action comes as it accelerates its commitment to electrified cars.

“The significant challenges of electrification will see Honda revise its global manufacturing operations and focus activity in regions where it expects to have high production volumes,” Honda says in a statement.

Honda U.K. told the 3,500 employees of its Swindon assembly plant 60 miles (100 km) west of London it plans to close the facility in 2021, at the end of the current Civic’s production lifecycle.

Instead, it will manufacture and export the new Civic model into Europe from Japan.

The U.K. factory, Honda’s only automotive plant in the European Union, builds 150,000 cars a year, 90% of them exported to the EU. The plant also produces VTEC turbo gasoline and diesel i-DTEC engines.

Honda’s European headquarters will remain located in the U.K.

Honda’s automobile operations in Turkey, where it builds 38,000 units a year, will end when it stops production of the current Civic sedan model in 2021. It intends to continue business operations there.

“As a result, we have had to take this difficult decision to consult our workforce on how we might prepare our manufacturing network for the future,” Inone says. “This has not been taken lightly, and we deeply regret how unsettling today’s announcement will be for our people.”

“I will convene a task force in Swindon with local (Members of Parliament), civic and business leaders as well as trade union representatives to ensure that the skills and expertise of the workforce is retained, and these highly valued employees move into new skilled employment,” Clark says in a statement.

“The U.K. is one of the leaders in the development of these technologies, and so it is deeply disappointing that this decision has been taken now.”

Even before Honda’s announcement, Justin Tomlinson, Conservative Party MP for North Swindon, leaked news of the Swindon closure on Twitter.

Tomlinson said the decision is based on global trends and not Brexit, the U.K.’s impending departure from the EU.

Earlier this month, Japan’s Nissan cited Brexit as one reason for canceling plans to build its X-Trail SUV in Sunderland.