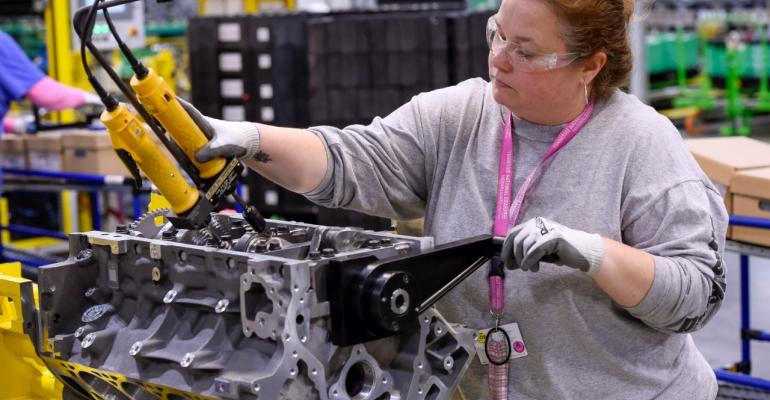 General Motors says its Spring Hill, TN, manufacturing complex is expected to be 100% powered by solar energy in late 2022.

Under an agreement with the Tennessee Valley Authority, a solar farm under development in Lowndes County, MS, will supply the plant with 100 Mw of solar energy per year, equal to the amount of electricity consumed by 18,000 U.S. households annually.

The plant builds the GMC Acadia and the Cadillac XT5 and XT6, as well as several engines.

“Our commitment to renewable energy is part of our vision of a world with zero emissions,” Dane Parker, GM chief sustainability officer, says in a news release. “We’re committed to using our scale and relationships to increase renewable energy demand and availability.”

GM says it is ranked No.12 on the U.S. Environmental Protection Agency’s National Top 100 List of the largest green-power users from the agency’s Green Power Partnership program. The automaker’s choice to use green power helps advance the voluntary market for renewable energy, as well as the development of those sources, the EPA says. 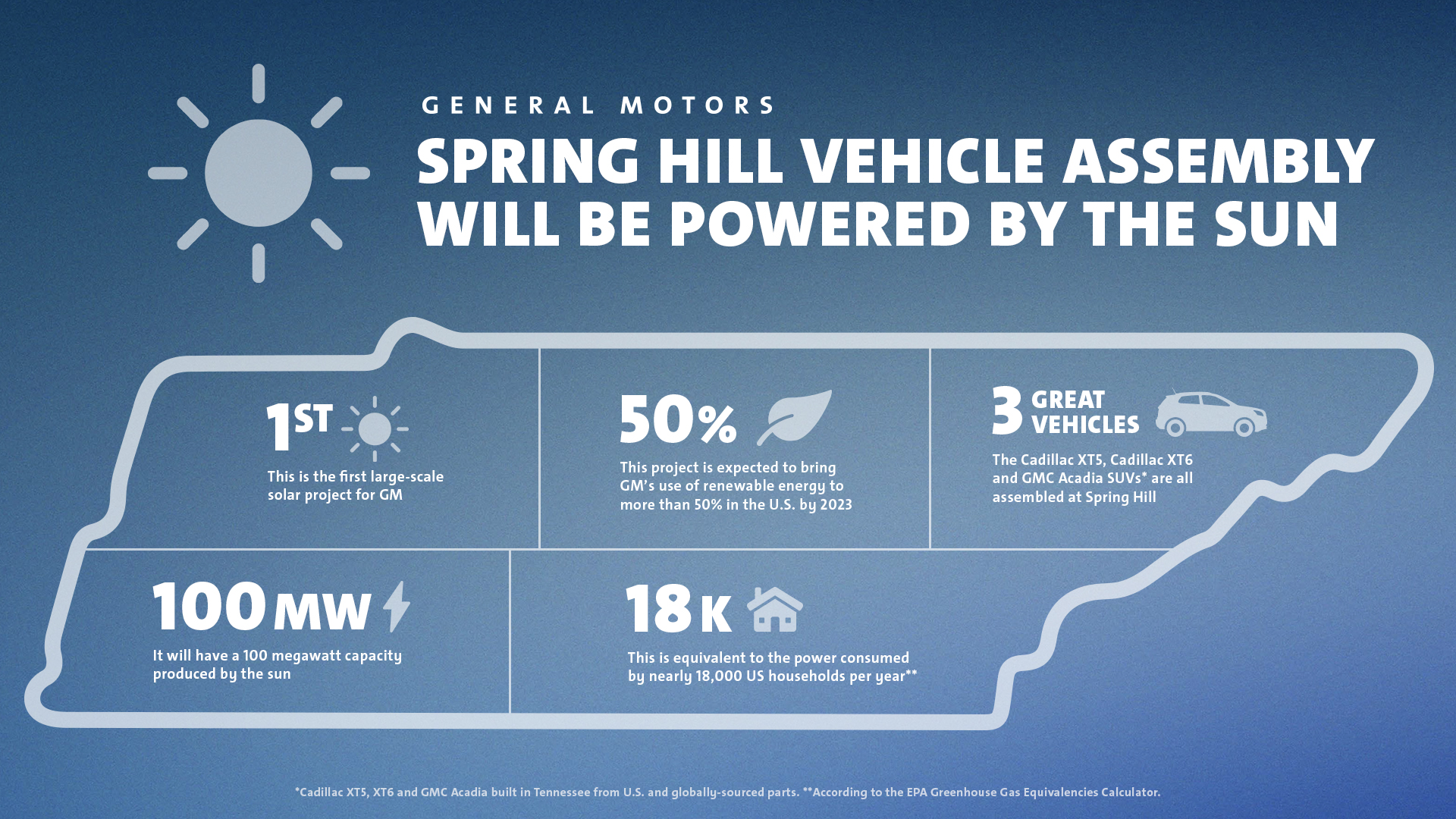