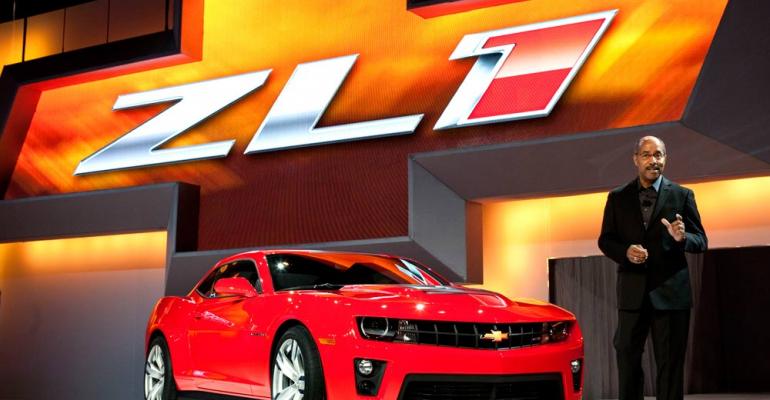 Lyon will sit on the leadership team with Karl-Friedrich Stracke, president-GME and CEO of Opel/Vauxhall. Stracke recently was appointed to GME, taking over for a retiring Nick Reilly and tasked with turning around the one remaining weak link in the auto maker’s 3-year-old restructuring.

For Adams and Lyon, the moves mark their first international assignments.

“This new structure provides a foundation to build and grow the design language for each of our brands moving forward,” Ed Welburn, vice president-GM Global Design, says in a statement.

“It gives our design teams a greater opportunity to create products and brands that have an emotional connection with our customers and that continue to move our company forward.”

GM expects the brand-focused design organization will deliver stronger and more common messages across each marque’s product portfolio; provide designers a more intimate understanding of each brand by living with them day-to-day; allow for more parts sharing across brands; and stimulate creativity among individual design team members and give them a clearer purpose.

At the Detroit auto show earlier this year, Welburn told WardsAuto of the difficulty GM faces developing a singular character for its individual brands. For example, Chevrolet carried a slightly different badge in each market.

“Every different country had its own bow tie,” Welburn said. “They didn’t want to give it up either, because it meant so much in their country. So to get everyone on board with that, it helped everyone to understand the importance of an individual brand.”

In other appointments, Clay Dean takes on the newly created position of director-GM Global Advanced Design. Currently serving as director-GM North American Advanced Design and Cadillac Brand Champion, Dean will function as the lead integrator and coordinator of all advanced design activity around the world.

GM says the new structure increases the role of its advanced-design studios located in the U.S., Germany, Korea, China and Australia. The unit faces the task of making GM’s cars and trucks more fuel-efficient ahead of strict new regulations emerging worldwide.

“Strengthening our Advanced Design organization will allow us to help the company develop innovative new technologies and strategies to meet the future transportation needs of the global marketplace,” Welburn says in the statement.

“One thing is clear: Success will require a variety of mobility solutions that are striking both in their execution and their efficiency.”

GM generally has placed greater emphasis on its design organization since its 2009 bankruptcy, including putting Welburn on the auto maker’s highest-ranking executive committee.

All of the appointments are effective Aug. 1.

GM on Brink of Breakthroughs in Aerodynamics
Aug 31, 2011