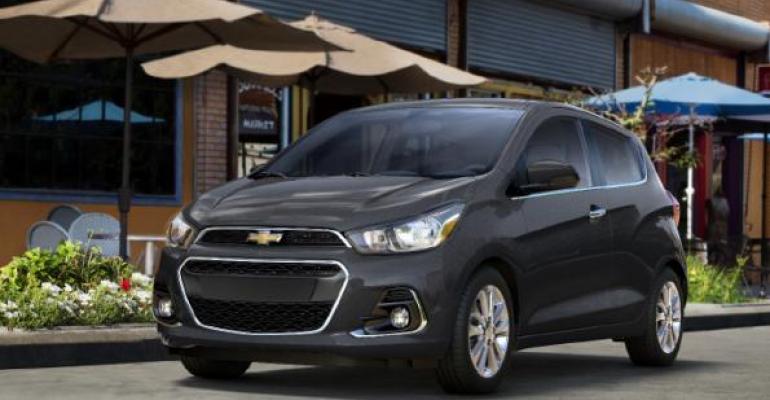 Analysts believe disclosure of the job cuts will further downgrade the Chevrolet brand in Korea, already facing negative consumer reaction to GM&rsquo;s announcement it will close GM Korea&rsquo;s Gunsan plant this May. &nbsp;

Things appear to be getting worse for GM Korea, with government sources reporting a 2017 operating loss of 800 billion won ($738 million), domestic sales falling by half in February and plans to eliminate 5,000 jobs – roughly a third of the current combined salaried and hourly workforce.

The personnel cuts were made public in a Reuters report based on a GM document and supported by other sources, although GM Korea spokesmen decline to comment on it. It is not clear if the reductions would be immediate or spread over time as restructuring progresses.

It also is not clear whether the GM Korea design center, a key facility in parent General Motors’ global design and development network, would be affected. Currently it employs more than 100 Korean designers and specialists under the direction of Stuart Norris, a U.K. citizen.

Analysts believe disclosure of the job cuts will further downgrade the Chevrolet brand in Korea. They believe the brand already has suffered significantly because of negative consumer reaction to GM’s announcement last month it was closing its Korean subsidiary’s Gunsan plant this May. The plant would account for 2,000 of the 5,000 job cuts.

The plant closure announcement came just before GM Korea reported a 48% year-on-year sales decline in its home market in February, dropping from 11,227 units to 5,804.

GM Korea says in a statement that a 62% drop in sales of the Cruze, which is produced at the Gunsan plant, significantly contributed to the domestic slide. Deliveries fell despite efforts by local government and many businesses to encourage employees to buy Chevrolet products to boost employment at the plant.

Except for the Spark minicar, Aveo compact sedan and Orlando MPV, which had year-on-year losses of 39%, 41%, and 39%, respectively, all other models suffered a greater than 50% sales decline in February. The Korean-made Malibu was down 65%, and sales of the imported Impala and Camaro were off 66% and 61%.

Exports fell less drastically in February with 30,921 units shipped, off 9.4%.

The loss of consumer demand for Chevrolet-branded vehicles in Korea is based on both practical and nationalistic sentiment. Consumers worry a downsized company with an unclear future could mean deterioration of vehicle service and lower residual values of Chevrolet models.