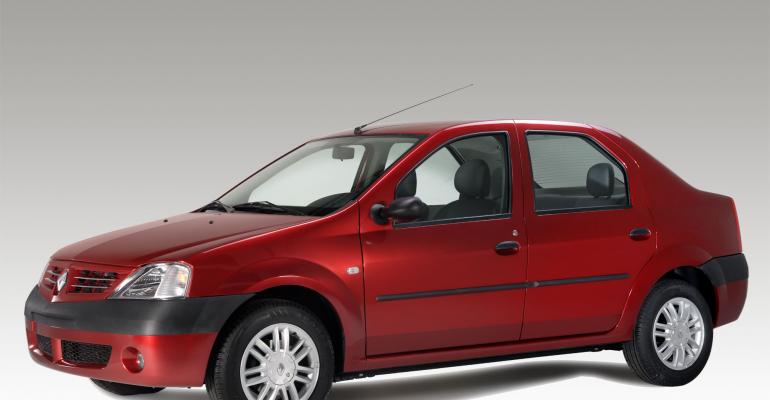 Renault and PSA, both with a significant history of manufacturing activities in Iran, are in advanced negotiations on new projects.

VIENNA – Global automakers are in a race for new business in Iran following the nuclear deal achieved between Iran and six world powers.

Iran’s car production was crippled by Western economic sanctions in recent years. Only 633,000 cars were manufactured in the country in 2013. Output last year increased to 899,000 units, but it still was significantly below the country’s best-ever result of 1.445 million cars reached in 2011. Some 498,000 cars left Iranian plants this year through June.

The target of the Iranian industry is to achieve annual production of 3 million vehicles by 2025.

The industry is dominated by Iran Khodro Industrial Group including its Iran Khodro Diesel commercial-vehicle arm and Saipa Auto Group with its subsidiaries Pars Khodro, Zamyad and Saipa Diesel.

Renault and PSA Peugeot Citroen, both with a significant history of manufacturing activities in Iran, are in advanced negotiations on new projects. The French automakers are tight-lippped regarding details.

Both Iran Khodro and Pars Khodro produce the Renault Tondar 90, a version of the first-generation Logan sedan. In addition, presales of the locally manufactured Tondar 90 pickup truck have begun. Production statistics also show small volumes for the Renault Sandero.

Renault had to phase out component exports to Iran in 2013 because of the sanctions but it resumed low-volume shipments in January 2014 following a temporary easing of the economic restrictions.

Cambier confirms negotiations with Iran Khodro and Pars Khodro about new projects. But, he explains: ‟We have to find financing flow, we have to increase the localization of parts, those are the two main issues, and after that we have really big projects. But the situation in Iran (regarding lifting of sanctions) has to improve.”

PSA Back in Business

Another foreign player active in Iran is PSA, a historic partner of Iran Khodro. The Iranian company is producing several models using Peugeot technology, including some Peugeot 206 and 405 versions under the Peugeot brand.

PSA was forced to stop cooperation with Iran in conjunction with a shareholding agreement with General Motors in 2012. As a result, PSA lost significant turnover volume. Iran Khodro managed to find substitutes for parts previously sourced from Europe and continues building Peugeot cars without paying royalties to the French automaker. Iran Khodro manufactured 338,000 Peugeot cars in 2014 and about 200,000 units through June of this year.

“We are ready to invest. We can provide cash and technology to build modern cars in Iran for the local market,” Jean-Christophe Quémard, PSA’s executive vice president-Middle East and Africa, tells the Financial Times. Quémard confirms PSA has signed a non-binding agreement with Iran Khodro to form a 50-50 joint venture to build B- and C-segment cars, possibly Peugeot 208 or 301 models, after the sanctions are lifted.

Unlike the existing partnerships with PSA and Renault, Iran Khodro insists new projects should include the manufacture of cars based on the latest vehicle architectures and engines. They also want a portion of production exported.

“Iran could be in a good situation to export cars,” Renault’s Cambier says.

Other automakers also are trying to get a slice of the cake. One of them is Kia, which has had extensive cooperation with Saipa in the past. Saipa resumed assembly of Kia cars with the Cerato sedan in June 2014.

Daimler is expected to renew its longtime commercial-vehicle partnership with Iran Khodro Diesel, which still manufactures heavy trucks under the Mercedes-Benz brand. Daimler once had a share in IDEM, a maker of CV engines. An Iran Khodro subsidiary also assembled Mercedes-Benz cars between 2006 and 2011.

Several Volkswagen Group brands also may enter Iran. ‟If the political sanctions fall, Iran will be a very interesting market for us,” Winfried Vahland, chairman of VW’s Czech subsidiary Skoda, told the Austrian industry publication Auto-Information. ‟People there are richer and more Western-oriented (than) one often would think here.”

BAMCO, a subsidiary of Kerman Automotive Industries, assembled VW Gol hatchbacks from Brazilian-sourced parts from 2005 to 2010.

Global automakers also are facing competition from Chinese manufacturers who used the period of sanctions to make forays into Iran. At least nine Iranian plants currently assemble Chinese cars. Some 49,000 Chinese cars were assembled in the first half of the year, more than half of them by Kerman, which built about 25,800 JAC and Lifan units.

Supplier, engineering and design companies are looking for new opportunities as well. Some foreign suppliers have JVs with Iranian partners, while others maintain licensing or cooperation agreements. Iran also offers possibilities for sourcing of some components for European plants. In the past, some Iranian suppliers were approved for parts shipments to Europe, but the business could not develop because of sanctions.

Earlier this month, Italian design company Be Design International and Iranian supplier Tisser signed a contract to form a design JV. There also is a trilateral agreement with Iran Khodro that commits the automaker to giving support and projects to the venture.

‟When nobody went to Iran, we went there. During the sanctions we decided to go to Iran, to talk to the companies, and this is now an advantage for our company,” BDI owner and CEO Stefano Cappuccio tells WardsAuto. ‟Tomorrow many other foreign companies will knock on the door of Iranian manufacturers.”