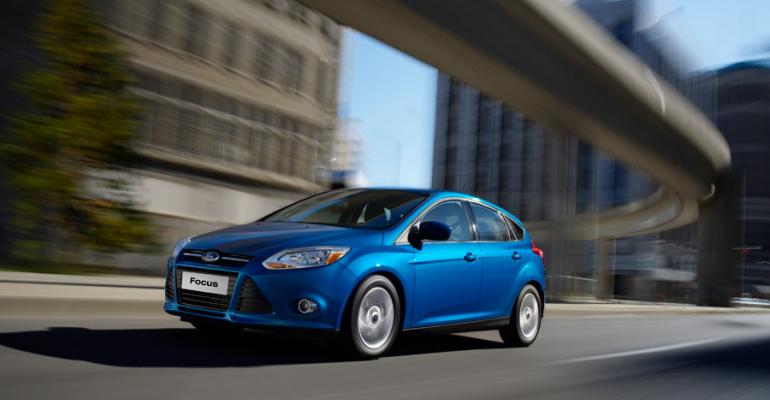 When the transmission debuted on the Fiesta B-car and Focus C-car in the ’11 and ’12 model years, respectively, Ford touted its fuel-saving capabilities, noting it enabled both cars to achieve 40 mpg (5.8L 100/km) on the highway.

The fuel-economy claims were correct, but customers soon began complaining the transmission was jerky and not what they were accustomed to from an automatic transmission.

The complaints, coupled with declines in key industry evaluations such as the J.D. Power and Associates Initial Quality Study and Consumer Reports reliability survey, prompted Ford engineers to seek a solution.

During a recent interview with WardsAuto here, Hau Thai-Tang, vice president-engineering, Global Product Development, says Ford “worked on the calibration (of the transmission) to address some of the concerns we had.”

The PowerShift 6-speed gearbox, which Ford says “is the company’s most sophisticated transmission ever,” is a dual dry-clutch transmission, whose advantages over standard automatic technology include lighter weight and greater fuel efficiency.

Thai-Tang says Ford “learned some things in terms of some of the idiosyncrasies of dual-clutch transmissions” from the problems that occurred with the PowerShift.

One of the problems Thai-Tang and his team of engineers addressed was a perceived lag in power at launch. He says there’s a tradeoff between achieving ideal launch feel and fuel economy, but notes there is more to the issue than just fine-tuning the transmission software.

“There are some physical limitations with the dual-clutch transmission where you’re not getting the same torque response as having a torque converter with (a conventional) automatic transmission,” he says. “So in those cases it’s not a question of a tradeoff between fuel economy and performance; it’s a limitation of the hardware.”

Based on consumer feedback and intensive in-house testing, Thai-Tang says Ford has developed a set of metrics for how its PowerShift transmission should feel to drivers.

Key is matching the transmission to the engine. If a particular engine slated to be mated to a PowerShift DCT in the future doesn’t match the metrics, Ford will select a different transmission, he says.

Thai-Tang says modifications to the PowerShift DCT have been implemented and he expects the fixes to alleviate the concerns of customers and publications such as Consumer Reports.

“We’re rolling those changes in, and we’re starting to see some improvements in feedback,” he says. “We now know what the key metrics are, and we’re using them for design specifications of new vehicles.”

Ford CFO Bob Shanks says he expects the auto maker’s “things gone wrong” metric, used by some publications and studies to rank quality, will improve now that the fixes are in place.

“On the TGW metric we’re seeing strong improvement,” he says in a conference call to discuss the auto maker’s second-quarter performance. “That’s because we’ve (corrected) issues with the DCT in the Fiesta and Focus.”

J.D. Power and Associates says it won’t be able to determine whether Ford’s midcycle fixes will help its quality score until next year due to the cadence of its Initial Quality Survey.

“The studies were fielded in February and May 2012,” spokesman John Tews tells WardsAuto. “Any changes Ford has made to address transmission-related problems would have come after our surveys were gathered.  Therefore, it won’t be until the 2013 studies that we’ll be able to see if Ford fixed the problems.”