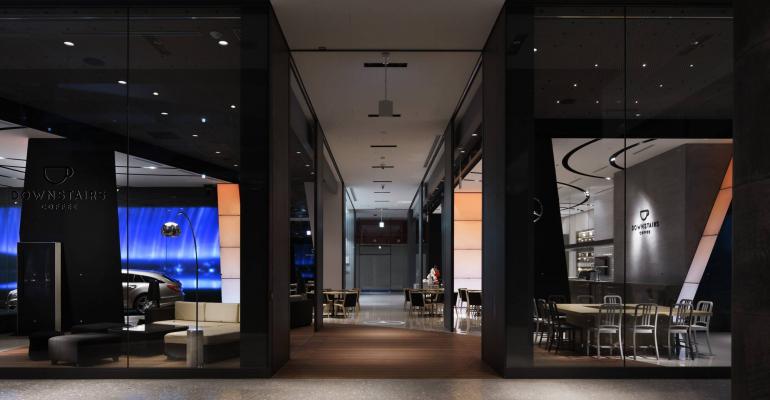 <p><strong>A Mercedes-Benz dealership in Japan where the automaker held 1.1% share of market through five months of 2017.</strong></p>
Industry News

BRUSSELS – The proposed trade deal between the European Union and Japan that would cut tariffs and harmonize technical regulations is being welcomed by Japanese and EU automakers, although the Europeans are expressing caution.

Brussels and Tokyo announced July 6 they had reached a “political agreement in principle” for an economic partnership that would phase out vehicle tariffs over seven years and foster regulatory convergence through a special auto annex.

Should the final text follow through on those goals, it should remove most regulatory barriers to the Japanese car market for EU exporters, according to a report for EU member states.

The auto annex includes “robust cooperation procedures and obligations to ensure that this state of affairs can be maintained over time,” preventing Japan from imposing fresh unilateral technical demands upon imports. The annex covers “a very substantial part” of United Nations Economic Commission for Europe (UNECE) international vehicle regulations, which Japan has been steadily adopting.

A spokeswoman for the ACEA, the European automaker’ group, tells WardsAuto: “ACEA recognizes the progress made by Japan in harmonizing its vehicle standards with international UN regulations, so that an EU type-approved vehicle can be sold in Japan without the need for further certification or costly modification, and trusts that this commitment will continue for future regulations.”

Faced with “significant costs” from remaining non-tariff barriers under the EU’s 6-year-old free-trade agreement with South Korea, Europe’s automakers pushed for a 7-year timeline to end duties in the Japan deal, the ACEA says. EU import duties currently are 10% on passenger cars and 10%-22% on commercial vehicles. Yet, ACEA notes Japan already represents the EU’s biggest source of car imports by value, worth €9 billion ($10.3 billion), and is second by volume, accounting for over 20% of all the trade bloc’s imports.

Says ACEA secretary general Erik Jonnaert, “It is therefore of vital importance that the EU negotiates a more robust automotive annex in the EU-Japan free trade agreement, which encourages regulatory collaboration, but also allows for issues to be addressed in case of noncompliance.”

These pleas clearly did not fall on deaf ears as the draft annex includes a safeguard clause allowing the EU to enact tariffs “quasi-automatically” in case Japan stops applying UNECE regulations, brings back tariffs or introduces new ones.

The safeguard clause would expire after 10 years due to expected regulatory convergence through joint work in international forums, notably UNECE. In line with the South Korean deal, the Japan agreement includes an accelerated dispute-settlement process specifically for motor vehicles.

An ACEA spokesperson told WardsAuto after the summit: “ACEA takes note that the agreement includes a 7-year tariff phaseout for all automobiles as well as an auto annex designed to ensure continued regulatory convergence into the future, as well as to provide certain protections against sudden and substantial increases of imports, or the imposition of non-tariff measures by Japan.”

Japan’s automakers express hope the agreement might lead to their country striking additional trade deals with other regional blocs.

“The expansion of free trade is of critical importance to the Japanese automobile industry, whose operations span the globe,” he says, emphasizing the importance of economic cooperation between the EU and Japan, which together account for more than 30% of world trade.

JAMA in particular “applauds” the agreement’s phasing out over seven years of tariffs on motor vehicles, including motorcycles, and auto parts exported to the EU, Saikawa says. This part of the agreement ensures “a level playing field for the Japanese automotive industry in the EU market,” he adds.

Nissan has long been calling for the two sides to formalize a trade agreement and has said it hopes it can be delivered before the end of 2017.

“We view it as in the best interests of both Nissan and the automotive industry in general,” the company says.

Nissan exported 610,000 vehicles from Japan in the fiscal year ending March 31, with 90,000 going to Europe. Of that total, 80,000 were the X-Trail CUV, although the company also has significant manufacturing capabilities in Europe.

“We appreciate the efforts made by both the Japanese and EU authorities to reach this agreement and, as members of JAMA, we will support further efforts to expand business in Europe,” he says.

Mazda exports 220,000 units a year to Europe, although Taira declines to identify a new target for exports to the region once the free-trade agreement is implemented.

JAMA chairman Saikawa adds that the industry hopes the consensus achieved on the Japan-EU deal will promote the conclusion of negotiations on a Regional Comprehensive Economic Partnership accord between ASEAN countries and Australia, China, India, Japan, South Korea and New Zealand, and the early implementation of the Trans-Pacific Partnership agreement, even without U.S. participation.

Looking at additional details of the Japan-EU deal, hydrogen-fueled cars get a boost, with Japan agreeing to recognize EU type-approval with no further modifications and only what the report describes as “very limited labeling obligations on the hydrogen-pressure tank.” This agreement means direct access to the Japanese market for European hydrogen-car makers without forcing them to use costly specialized Japanese steel and saving almost three years’ testing.

EU automakers also could send prototypes to Japan for testing and validation, using the hydrogen filling-station network to fine-tune cars.

Both ACEA and the European Parliament’s European United Left group emphasize the EU only signed the political agreement July 6, not the final deal. But an ACEA spokesman says, “The fact that the EU and Japan have announced a political accord to conclude negotiations for an FTA is a positive signal for international trade.”

Fine-tuning is ongoing and possibly will not be completed until December, he says, adding, “Once all texts become available, ACEA and its members will analyze their full implications on the EU auto industry.”

“ACEA expects that Japan will be willing to make a firm commitment to redress the imbalance in the taxation of ‘kei’ cars,” the spokesman says, adding, “It is estimated that subcompact cars pay more than three times the annual tax rate compared to kei cars.”

In its pre-summit statement the ACEA also called for the agreement to include rules-of-origin provisions like those found in other FTAs which prevent Japan from exporting vehicles made with large proportions of foreign parts.

“Any relaxation in rules of origin could have a significant impact on the competitiveness of our industry, and thus on the overall balance of the agreement,” Jonnaert warns.

Left-wing EU politicians already are claiming the EU has sold out its automakers for agri-food concessions in the deal. German European United Left MEP Helmut Scholz, the group’s representative on the European Parliament’s international trade committee, says, “The already troubled car producers in Italy and France will be among those who are not celebrating the announcement of this deal.”

– with Julian Ryall in Tokyo