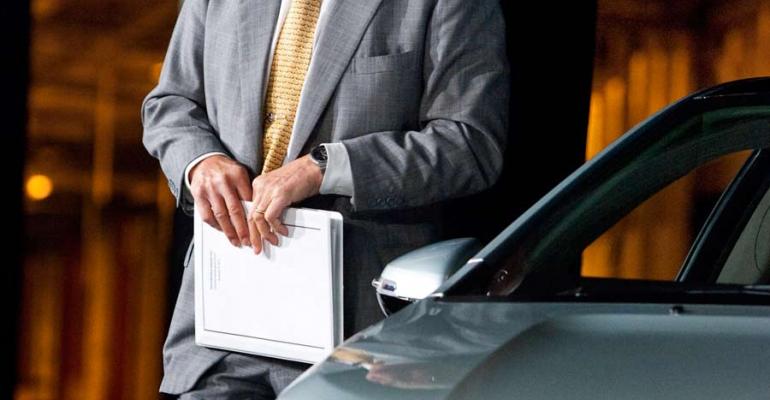 The industry veteran says auto makers and suppliers are working more frequently as partners, a dramatic departure from the past.

TROY, MI – Much like building a strong marriage, the key to a successful relationship between auto makers and suppliers is communication, longtime industry veteran Bob Lutz says.

Speaking at a recent Automotive Industry Action Group conference here, the former General Motors vice chairman says his stints as an executive at some of the world’s top auto makers, as well as serving as CEO of supplier Exide Technologies, provided him with a unique perspective into the sometimes tumultuous relationship between OEMs and suppliers.

“A smart OEM will listen (to supplier) ideas,” he says. “They’re not afraid of new ideas.”

More and more, auto makers and suppliers are working as partners, a dramatic change from the past when OEM executives tended to have a superiority complex.

Lutz cites a former GM purchasing chief as one example.

“I saw the way he treated suppliers, and there is no excuse for treating a CEO of another industrial company with disrespect just because he’s the CEO of a supplier vs. an OEM,” he says. “It has to be a relationship among equals.”

However, Lutz warns against “becoming too cozy.”

During his days at Chrysler in the late 1990s, executives often would play golf and attend social functions with supplier officials, he says. That left suppliers mistakenly thinking it was OK to raise prices.

“It can’t become an incestuous relationship or one everyone takes for granted,” he says. “A little bit of constructive tension is a good thing.”

Quarreling over price is a major roadblock to building a strong partnership, Lutz says, pointing to demands of across-the-board 5% cuts that were common during more contentious periods.

“The (OEM) guys who get the 5% are heroes and those that don’t are considered failures,” he says, noting that practice is on hiatus but “probably will return.”

The best way to negotiate prices is to do it early and in a collaborative manner, Lutz says.

J. Scot Sharland, executive director of Automotive Industry Action Group, which has both auto makers and suppliers as its members, says recent natural disasters in Asia have caused “more appetite for collaboration than there has been in the last 20 years.”

Demands beyond price still are being placed on suppliers, including calls for new capacity in emerging markets, Sharland says, recommending parts makers have a sound business plan before setting up shop overseas.

“You’d better take a long hard look at why you’re investing there and make sure you have more than one opportunity to move product to various customers,” he says. “You have to make sure you’re not totally dependent on one customer’s volume, because then you are one upset from going out of business.”