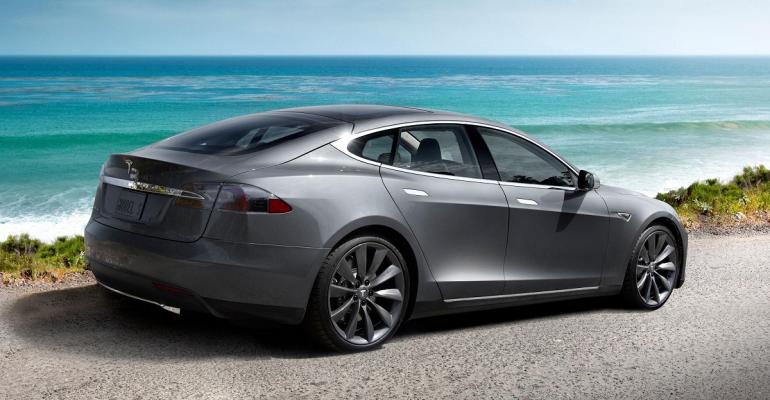 DIAMOND BAR, CA – With California well on its way to meeting its pollution-reduction goals, don’t expect any weakening of the state’s strict zero-emissions-vehicle policy, the chairperson of the State’s Air Resources Board says.

The ZEV mandate, as it is known, isn’t going anywhere, and funding is available for the incentives that support ZEV sales, Mary Nichols says.

“If anything, I think it will move further and faster, not move in the other direction,” she says.

Nichols spoke with WardsAuto at “The Road Ahead,” an advanced clean-cars symposium held at the South Coast Air Quality Management District office.

California’s ZEV mandate dates back to 1990, and it was amended in January 2012. The law requires a sharp reduction of greenhouse gases. To help achieve this, California requires large- and medium-volume automakers to bring a certain number of ZEVs to the state. ZEVs include battery-electric, plug-in hybrid electric and hydrogen-fuel-cell vehicles.

Automakers earn credits based on the number and type of ZEVs they sell. Those that have excess credits can sell those credits to other automakers. If an automaker doesn’t somehow accumulate enough credits, it faces fines.

The ZEV mandate’s aim is to help the state reduce emissions to 431 million metric tons of carbon dioxide by 2020. That is the level researchers figure the state emitted in 1990. In 2014, the most recent year for which data was released, emissions were 441.5 million metric tons, about half a percentage point less than in 2013.

The state already is working on future emissions-reduction goals.

“2030 is the next milestone, (and) we continue to double down on policies that got us where we are today,” Nichols tells the conference.

To help automakers sell more ZEVs, the state and federal governments offer incentives. Federal incentives top off at $7,500 per vehicle, while state incentives can be as high as $2,500. They have been a major factor in creating demand for zero- and low-emissions vehicles.

Young says other possible funding sources for the incentives include provisions of A.B. 118, a law that directs the California Energy Commission to develop and implement an alternative- and renewable-fuel vehicle and technology program.

Other approaches include a sales-tax exemption and tax credits and deductions for zero-emissions vehicles, he says.

While California may be on the way to achieving its carbon-emissions goals, Californians aren’t buying as many ZEVs as General Motors had hoped, Britta Gross, director-advanced vehicle commercialization at GM, tells the symposium in her keynote speech.

ZEVs are selling in minuscule numbers relative to the overall U.S. market.

From January through September, U.S. automakers had sold 103,708 units classified by CARB as ZEVs: 54,543 battery-electric vehicles; 48,416 plug-in hybrids and 749 hydrogen-fuel-cell vehicles, according to WardsAuto data. Specific sales figures for California and other states were not available.

GM sells the Chevrolet Volt extended-range electric vehicles and will begin selling the Chevrolet Bolt EV by year’s-end. California accounts for half of all Volt sales.

“It is not as exciting as we want it to be,” Gross says of ZEV demand. She nevertheless credits the California mandate with helping drive ZEV models to the market. Consumers will have a choice of some 35 electrified models by year’s end, including 13 BEVs and 19 PHEVs, she says.

“We don’t think ZEV is going away,” she says.

CARB chief Nichols says she expects a review of the current plan will conclude, “we can’t take our foot off the accelerator.”