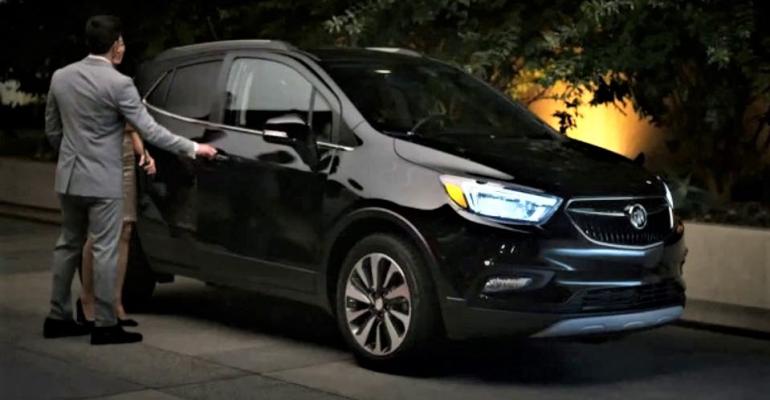 Buick Had Most-Seen Auto Commercial of 2019

Automakers spent an estimated $4.99 billion on TV ads and racked up over 416.3 billion impressions, making automotive the No.1 industry for both spend and impressions (excluding network promos) across all TV advertising this year.

Each week WardsAuto teams up with iSpot.tv to rank the most-viewed automotive commercials. But with the end of 2019 approaching, in this edition, we’re shifting a bit to examine overall TV advertising trends for the year (Jan. 1 through Dec. 15).

Automakers spent an estimated $4.99 billion on TV ads and racked up over 416.3 billion impressions, making automotive the No.1 industry for both spend and impressions (excluding network promos) across all TV advertising this year.

Last year, Chevrolet spent the most, with Toyota in second place.

Sports continued to be a key driver of impressions for automakers, with eight of the top 10 programs by impressions being sports-related. At the top: NFL football, followed by college football and SportsCenter. The non-sports programs that made the top-10 list were Fox and Friends and The Big Bang Theory, in ninth and tenth place, respectively. By comparison, in 2018, Fox and Friends ranked No. 17 for impressions, while The Big Bang Theory came in at No.7.

While spend and impressions are important measures for TV advertising, every marketer is ultimately concerned about ad effectiveness. That’s why iSpot recently introduced benchmarks, including the iSpot Lift Rating, which measures the causal impact of TV advertising on key performance indicators (KPIs); put simply, it reflects new business driven by TV ad placements.

The just-released average iSpot Lift Rating for the automotive industry in November was 26.34%, slightly below the average across all categories that iSpot measured (32.38%). The three networks that generated the highest lift for the industry were BET (36.83%), VH1 (35.08%) and Fox Sports 1 (33.28%). The KPI for November’s benchmarks: consumer visits to automaker websites, to, for example, research and configure vehicles or look up inventory.