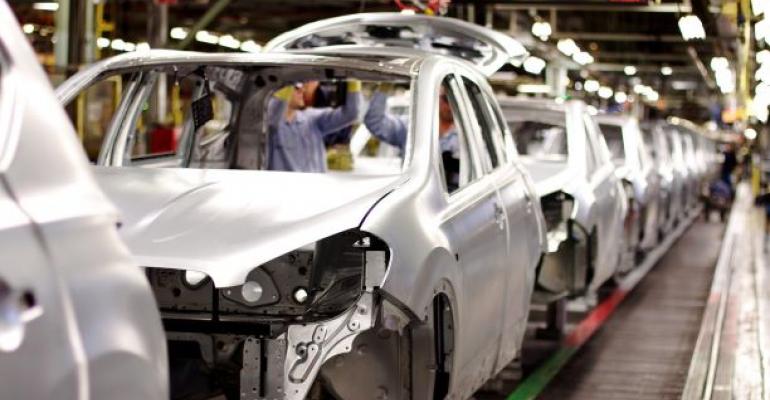 Society of Motor Manufacturers and Traders CEO Mike Hawes says the investment freeze is the result of global instability compounded by ongoing fear of a no-deal departure from the European Union.

Investment in Britain’s car industry plunged more than 70% to £90 million ($109.5 million) in the first half of the year as global manufacturers held back their spending over the Brexit crisis.

The rate of first-half spending was well behind the annual average of £2.7 billion ($3.3 billion) over the previous seven years.

Society of Motor Manufacturers and Traders CEO Mike Hawes says the spending freeze is the result of global instability compounded by ongoing fear of a no-deal departure from the European Union.

“This fear is causing investment to stall, as hundreds of millions of pounds are diverted to Brexit cliff-edge mitigation – money that would be better spent tackling technological and environmental challenges,” Hawes says in a statement.

“The vast majority of manufacturers have suspended plant and product spending in the U.K. amid ongoing uncertainty.”

SMMT research shows the substantial cost to industry of the no-deal-Brexit preparations.

“Significantly, many manufacturers have moved annual plant shutdowns from the summer to April, a measure which cannot be repeated for the proposed October departure date,” Hawes says.

SMMT says a no-deal Brexit would mean the immediate imposition of tariffs costing some £4.5 billion ($5.5 billion) a year and an end to the seamless movement of goods.

“Any potential disruption at the border would throw just-in-time manufacturing into chaos, undermining the sector’s competitiveness and putting profitability and jobs at risk,” the trade group says.