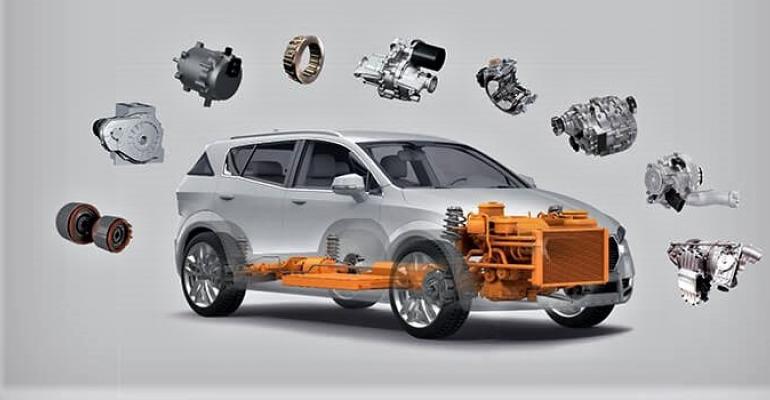 BorgWarner Acquisition of Delphi in Jeopardy

BorgWarner has labeled Delphi’s tapping of a $500 million line of credit as a violation of the acquisition agreement the two sides signed Jan. 28.

The deal announced in January for BorgWarner to take over Delphi Technologies, then valued at $3.3 billion, now hangs in the balance as both automotive suppliers cope with the fallout from the COVID-19 pandemic, which has crippled the auto industry worldwide.

“The proposed transaction is not canceled,” BorgWarner spokeswoman Michelle Collins says in an e-mail.

Both BorgWarner and Delphi say they continue to believe in the long-term strategic value of the proposed acquisition and are still working together toward closing the proposed transaction in second-half 2020.

“There can be no assurance, however, that BorgWarner and Delphi Technologies will reach a mutually acceptable resolution or that the proposed transaction will close,” Collins adds.

Delphi spokeswoman Kristen Kinley also emphasizes the deal still is in the works. “At this time, Delphi Technologies intends to continue to negotiate with BorgWarner to resolve this matter,” she says.

BorgWarner, however, has labeled Delphi’s tapping of a $500 million line of credit as a violation of the acquisition agreement the two sides signed Jan. 28. The deal was announced shortly before OEMs and suppliers began shutting down global operations in response to COVID-19. The fallout included supply-chain disruptions.

Delphi says it determined it was in the best interests of the company and its shareholders to draw down its full $500 million revolving credit facility to best position itself to weather the market downturn.

“This precaution is consistent with actions being taken by companies across all industries, regardless of whether they have immediate cash liquidity requirements,” it notes.

After Delphi drew down on the line of credit March 30, BorgWarner asserted that Delphi materially breached the original transaction agreement and acted without BorgWarner’s written consent. BorgWarner notified Delphi that “if such breach is not cured within 30 days, BorgWarner has the right to terminate the agreement.”

Delphi contends BorgWarner unreasonably withheld its consent given the circumstances.

Industry analyst John Casesa, managing partner at Guggenheim Partners, says consolidation among suppliers is expected, given the high cost of developing new technology facing OEMs and suppliers as the shift to electrified and autonomous vehicles gains momentum. The pandemic has put even more pressure on suppliers to consolidate, he says.

The goal of the Delphi acquisition was to “strengthen BorgWarner’s power electronics products, capabilities and scale” and enable the company to maintain flexibility across combustion, hybrid and electric propulsion, the original BorgWarner announcement noted. 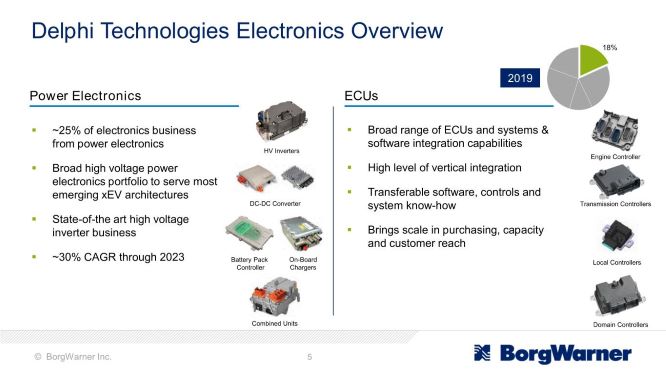 BorgWarner envisions synergies with Delphi, but buyout not going smoothly.