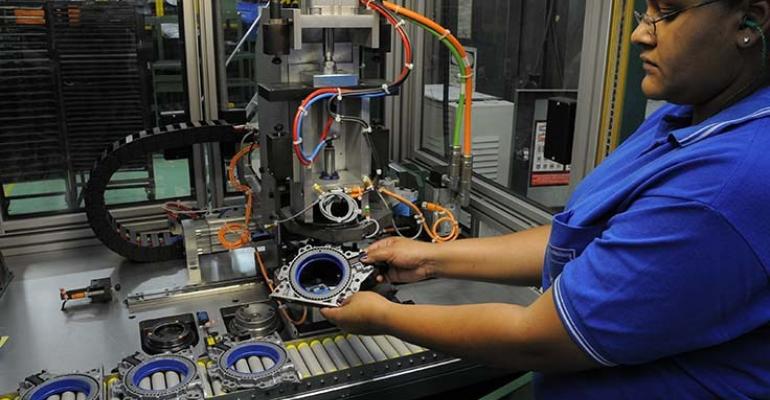 &ldquo;Beliefs can divide people but good values unify people,&rdquo; says Antoine Raymond, president and CEO of French auto supplier ARaymond. &ldquo;Everyone agrees that respect for others is the most important&rdquo; factor.

With violence erupting regularly in the U.S. and worldwide, progressive automotive suppliers are developing nonviolent communication training for employees at their global worksites.

The programs are designed as preventive measures, not necessarily as a response to increasing workplace violence.

“Our goal is to instill an awareness of nonviolent communication between people in the workplace,” says Antoine Raymond, president and CEO of the ARaymond Network, a Grenoble, France-based auto supplier founded 150 years ago. “You can tell others what you feel (or think) without violent behavior or language. We have done a lot of reflection around this issue.”

Raymond heads a five-generation family company specializing in conductor and connector products, primarily for global automakers. He has been instituting nonviolence training for 5,500 employees at 25 global sites since 2013.

Modern business needs have led the company to expand training to include nonviolent and “mindfulness” programs for employees. “The need is arising as the workplace grows increasingly complicated by global expansion,” he says.

“You don’t do it by preaching, but by thinking in more detail about what (good communication) means. We also develop in our managers this idea of core values,” Raymond says. “Beliefs can divide people but good values unify people. Everyone agrees that respect for others is the most important (factor). We’re trying to adapt these ideas to different cultures and ways of communication that are good for everyone on the planet.”

Some companies set out antiviolence and employee expectations under code-of-conduct policies designed to enhance employee security.

“Performing our work in an ethical and lawful manner is what the (code) sets forth as the fundamental values…to supplement sound judgment through helpful guidance and practical examples,” says Jan Carlson, Autoliv CEO and president.  “We refer to the code regularly and use it as a guide to help make the best possible decisions, particularly in complex or challenging situations.”

Autoliv’s 6,000 employees worldwide are encouraged to report any potential wrongdoing or actions that go against the company’s code. “Speaking up with a sincere report of potential wrongdoing will not be penalized. Retaliation is always prohibited at Autoliv,” says Carlson.

Headquartered in Stockholm, Sweden, Autoliv has 80 manufacturing facilities in 28 countries. Its U.S. headquarters is in Auburn Hills, MI, where spokesman Tom Hajkus says Autoliv promotes an “It starts with me” mindset in which each employee is responsible for their conduct and the company’s success.

Instead of saying, “I’m a line operator or airbag engineer, most Autoliv employees when asked would answer ‘We save lives,’” he says.

Calling in the FBI

The code of conduct is reviewed by the vice presidents of Corporate Compliance and Human Resources.  Each employee is expected to understand the code’s contents and sign off on it. Health, safety, environmental and site-risk-management teams regularly visit Autoliv locations, handling employee questions. Those internal teams receive extensive training, including from FBI and other law enforcement agencies.

Potential incidents are handled personally by HR teams, and managers regularly walk the floors. “Doing so builds a rapport of familiarity,” Hajkus says, and HR staff are seen as go-to people for a range of questions or incidents.

“No matter what, they try to diffuse the situation with an individual and try to come to an agreeable solution.”

“Generally, anti-violence training, both classroom and Web-based, is part of our overall training curriculum,” he says. “Additionally, Freudenberg’s global Code of Conduct, being released in 2016, explicitly addresses violence in the workplace.”

The code states in part: “Violence in the workplace will not be tolerated. Violence includes direct or indirect threats, threatening behavior, intimidation, physical attack, harassment and all forms of stalking.”