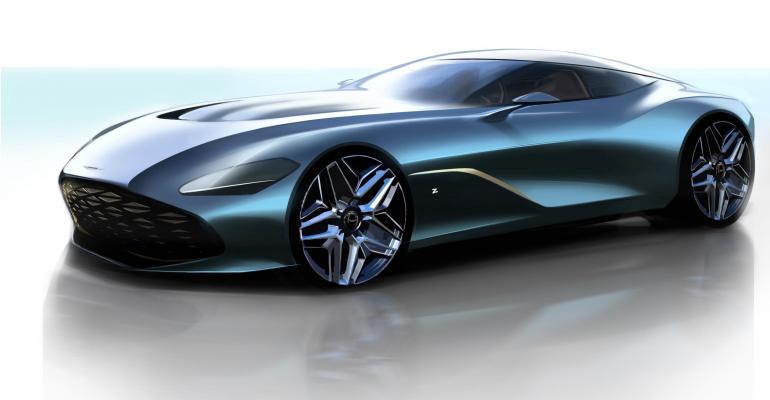 Aston Martin is building 19 units each of the futuristic DBS GT Zagato and the throwback DB4 GT Zagato Continuation to each customer’s specifications. The “DBZ Centenary Collection” will be sold in pairs.

Aston Martin announces a 2-for-1 sale: Two of its supercars with bodies designed by Italian coach builder Zagato for £6 million ($7.5 million).

To celebrate its partnership with Milan-based Zagato, founded 100 years ago, Aston Martin is building 19 units each of the futuristic DBS GT Zagato and the throwback DB4 GT Zagato Continuation to each customer's specifications. The "DBZ Centenary Collection" will be sold in pairs.

The DBS GT Zagato will be built on the platform of the existing DB11 and powered by a gasoline V-12. The DB4 GT Zagato Continuation is not all-new but instead will be rebuilt from vintage cars sources from previous owners and powered by the original model's 3.8L 380-hp 6-cyl. Technical specifications will be the same as those of the original Aston Martin DB4 GT Zagato introduced in 1960.

Aston Martin is building 19 units of each model because that was the number of DB4 GT Zagatos the Gaydon, U.K.-based automaker was able to locate around the world.

Collectors will have to allow plenty of time for the craftsmen in Italy and Gaydon who will build their bespoke cars. First deliveries of the DB4 GT Zagato Continuation are planned for this year's fourth quarter, followed in fourth-quarter 2020 by the DBS GT Zagato.

Zagato was founded in 1919 by Ugo Zagato, whose grandson, Andrea, manages the coach builder and design center, which created the bodywork for the Alfa Romeo Giulia TZ4. Aston Martin celebrated its own centenary six years ago with 100th-anniversary editions of the Vantage, DB9, Rapide and Vanquish.