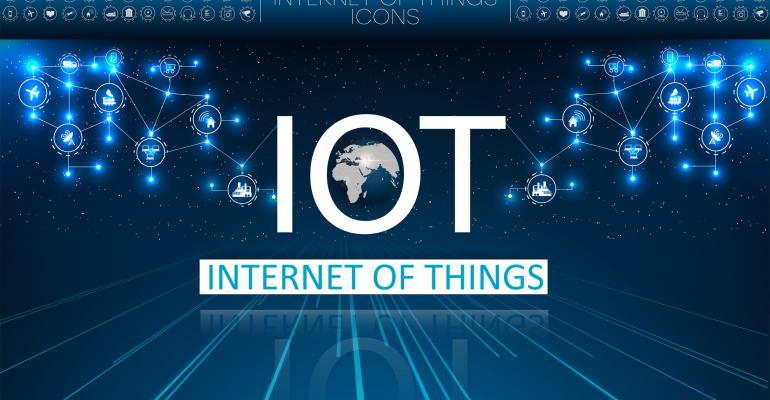 Getty Images
"Free” information isn’t guaranteed. Anyone considering the data gold mine must consider how to pay for the miners.
Industry News

You Can’t Spell “Return on Investment” Without IOT

Some serendipitous product calamities have historically transformed into business legends. Guinness beer supposedly was the result of a brewing error. Janet Jackson’s infamous “wardrobe malfunction” is still among the Top 10 halftime shows in Super-Bowl History, according to CBS News, and “led to the creation of YouTube.”

And, of course, the Leaning Tower of Pisa attracts more than one million visitors per year.

Even so, most executives do not wish to create disasters that end in accidental success. They want assured Return on Investment (ROI) and investor dividends.

An obvious answer is the Internet of Things (IoT) where sensors communicate usage patterns and errors, and permit over-the-air (OTA) software downloads that can correct mistakes on the fly.

When IoT is combined with the other catchphrase, “Big Data,” this can afford the product/experience owners an informed path to iterative enhancements, premium pricing and product stickiness.

The trick, though, is the word “afford”. How does one pay for this connectivity? Believe it or not, several automotive manufacturers continue to struggle with the business case for extending their connectivity rates or data plans. It might be possible to piggyback on smartphones or Wi-Fi, but this assumes the customer has connectivity, consents to its usage, understands pairing and sustains it. For instance, home broadband use has dropped over the past few years in the U.S. due to the rising popularity of smartphones which can take the place of home computers and infotainment systems.

“Free” information isn’t guaranteed. Any product owner considering the data gold mine must consider how to pay for the miners.

Here are four strategies for funding your product’s IoT connection, but only one gets a “high” ranking for getting executives onboard with the upfront investment.

“Downtime” for electro-mechanical equipment can be expensive for businesses because of servicing costs, lost production and stunted customer relationships. So, a great example of using IoT to improve costs is prognostics. How? The engineer knows from sensor data when a part must be serviced before anything fails. A good example of this is the U.S. Army reports that using Intelligent Vehicle Health Monitoring results in “Enhanced safety, reduced maintenance costs (by up to 50%) and increased aircraft availability (by upwards of 10%).”

Also, there are real-world costs from poor user experiences; 59% of Americans are willing to switch brands to get a better experience, and customer acquisition costs are  6-7 times that of keeping a current customer happy.

RANKING: Medium. You usually must spend money to prove these very real costs exist, so getting the green light for such spending requires a visionary executive.

One well-documented strategy is to use white-paper reports to explain how hidden frustration is costing the corporation big bucks. “A study found that users rated ease of use second at 6.8 out of 10, while ease of learning was rated fourth at 6.4 on a scale of important purchase factors,” (Bias & Mayhew, 1994).

It is true that a bad design can cost a company 40% of repeat traffic while a good design can keep them coming back.

The most famous example of these statements was the $300 million button, where a company supposedly unearthed a massive opportunity cost by initially forcing the user to register prior to shopping. This strategy requires a leap of faith by your executives because it is an invisible opportunity requiring a spend-now-realize-the-benefits-later philosophy. The executives typically are not incentivized to act upon it. Personally, I have never seen this strategy work. RANKING: Low.

This may be the hardest to prove, but generates the greatest exposure to risk. Recalls. Brand degradations. Legal fees. Today’s failure modes were not yesterday’s, and tomorrow’s costs are the great unknown.

Maybe the best example is cybersecurity. The average firm reportedly has a global cost of $7.7 million per year, with U.S. firms doubling that ($15.4 million). The most costly cybercrimes were those carried out by malicious insiders, distributed denial-of-service (DDoS) and web-based attacks.

Possibly the most famous among these was the “Love Bug” virus in 2000, which cost $10B globally and  eventually was traced to a 27 year-old student in the Philippines. Other attacks, though, have been more Target-ed (e.g. Target’s credit card info hack admittedly cost them $167M), and still do significant damage despite no DDoS.

So how to avoid being prey? You guessed it: Over-the-Air updates via an IoT connection with software updates when new wormholes are discovered. This could be patching a vehicle, securing your Google phone from a drain-your-battery virus, or something else. The bridge to protecting tomorrow’s security has to be made with IoT components.

RANKING: Medium. Usually product owners don’t want to spend money until they’ve been burned. Once again, you need a visionary beyond just yourself.

Adding Services to Pay for the Connection

Is everything about cost avoidance? No. What about additional revenue? In fact, both Google Play and the iTunes Store have millions of apps, most of which provide some cellular avenue for revenue.

The non-obvious avenue for additional revenue using IOT is within User-Centered Design (UCD). If said features are designed and validated around the customers’ needs, they will get the expected revenue, but “64% of features are either never used or rarely used,” says Jim Johnson, CEO of The Standish Group. UCD via the IoT data is a way to iteratively maximize the revenue. Doing your homework is key, though, since automotive customers rarely wish to pay for additional services.

RANKING: High. Executives and product owners tend to focus on adding new revenue streams, so getting onboard with this mindset is the best way to sell the other three strategies.

Steve Tengler has worked in the auto industry on the connected car for over a quarter of a century for some of the top brands in world: Ford, Nissan and OnStar. He now is a Principal at the global consultancy Kugler Maag Inc. www.kuglermaag.us He has 40-plus publications, 50-plus patents, and a BSE and MSE from The University of Michigan. Contact him at [email protected].