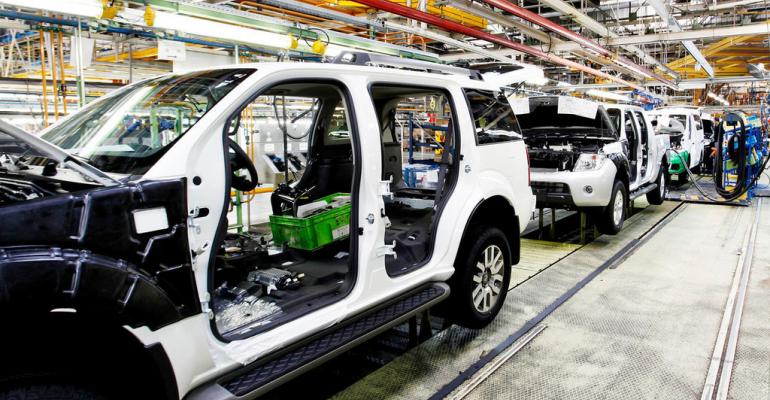 The automaker says it ultimately will end manufacturing in the country.

MADRID – After a 95-day worker strike, Nissan has reached an agreement by which it will delay until December, 2021 the closure of three Catalonia plants in Spain. They were initially scheduled to shut down this December.

The company agrees not to make “traumatic” layoffs during the timetable and will financially compensate workers who leave the company.

In exchange, the union workers agree to resume industrial activity in the three factories by the end of this month.

Nissan sources have stressed that the agreed-to extension of activities at the three Catalonia plants in no way means the Japanese automaker is reconsidering its decision to ultimately abandon car production in Spain.

One of the reasons to extend Nissan’s manufacturing there for another year is undoubtedly to complete a commitment to Daimler to manufacture 1,300 units pending delivery of the Mercedes X-Class in 2020, a clone of the Nissan Navara.

Failure to comply with this contract with Daimler would carry heavy financial penalties for Nissan.

Daimler had ordered Nissan to stop manufacturing the X-Class in Barcelona in May due to the sharp drop in global demand for this model, which had dropped from 20,000 units in 2018 to 8,000 in 2019.

The Covid crisis prevented Nissan from completing the planned production of the Mercedes X-Class to May 2020, pending 1,300 units that it could not complete when its employees went on strike after Nissan said it would stop manufacturing cars in Spain in late 2020.

Now, Nissan has also said that the eNV200 electric van, a model for which there are also unattended orders, will continue to be assembled until the end of 2021.

Some analysts believe Nissan may want to take advantage of a foreseeable increase in European demand for cars in the last four months of the year.

The agreement reached by Nissan with its unions includes significant compensation for its 2,500 employees at the time of the dismissal, compensation totaling €400 million, representing an average compensation of €158,000 per worker.

"We think that it is the best decision for all parties involved because it allows us to obtain more time to search for alternative reindustrialization projects and, in the event that these cannot prosper, it offers exit conditions well above the maximum established by law,” says Frank Torres, a Nissan executive vice president who led the company’s negotiations with worker unions.

Miguel A. Boiza, of the CCOO union, says, “The pact is good for Nissan workers and, in addition, it gives one more year of time to look for solutions that allow reusing the resources that Nissan will abandon at the end of 2021.”

Among possible candidates to occupy the facilities when Nissan leaves: an unidentified Swedish battery manufacturer, another European battery producer and two Chinese automakers.