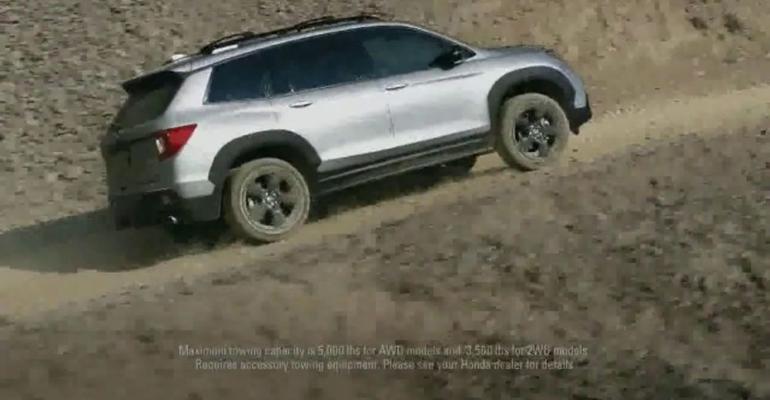 The Honda spot racked up 547.3 million TV ad impressions during the week of Oct. 19.

Thanks in part to a big presence during NFL games, Honda takes first place in iSpot.tv’s latest ranking of the most-viewed automotive commercials – the ads that have generated the highest number of impressions across national broadcast and cable TV airings.

The Honda spot, which racked up 547.3 million TV ad impressions during the week of Oct. 19, reminds viewers that “underneath every surface that carries a Honda badge, there has always been the capacity to amaze.”

In second place, its enduring ad for the ’21 Trailblazer shows intrepid adventurers searching for the perfect secluded spot to explore.

The No.4 commercial celebrates the legacy of the Suburban SUV over the decades, proclaiming that while it’s carried many things, the most important will always be family. And Chevy’s fifth-place spot showcases various models designed to make “life’s journey just better.”

Nissan takes third place with an ad for the ’20 Altima, which has available features such as a VC-turbo 4-cyl. engine, remote start and lane-departure warning. Notably, this ad performed 8% better than the norm for auto ads when it came to holding viewer attention.

1. Honda: With Capability to Amaze