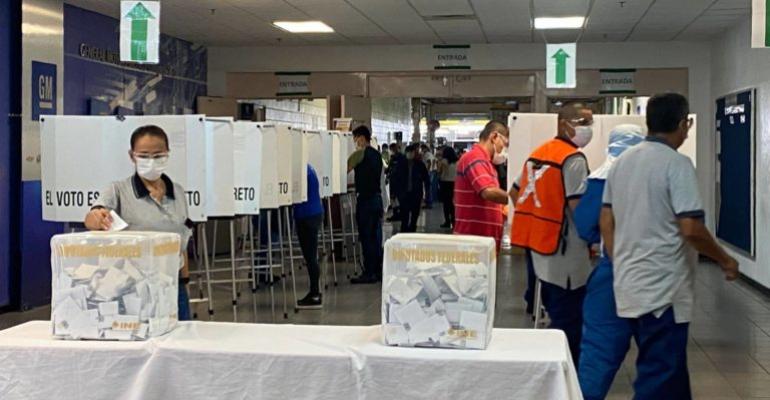 The defeat of CTM is being hailed by the UAW and other American unions, which have argued for decades the system in Mexico is designed to keep wages low, giving employers an incentive to move work out of the U.S.

“The shift is hugely significant,” says Harley Shaiken, a labor expert at the University of California-Berkeley, because it represents a defeat for the long-entrenched Confederation of Mexican Workers (CTM), which has been the bargaining agent for Silao workers since the plant opened in 1995.

Shaiken says it took an enormous amount of courage for GM employees at Silao to select a union other than CTM, which has frequently used intimidation, threats and violence to retain its hold on power.

CTM has deep connections to Mexico’s political and business establishment and has been instrumental in keeping wages low in what is one of Latin America’s wealthiest countries, according to critics.

It is too early to say whether the vote at Silao, in central Mexico’s Guanajuato state, will have an impact at other GM plants or across the Mexican auto industry, which has grown rapidly in the past two decades, Shaiken says.

Wages for new workers at Silao (pictured, below), which employs more than 7,000 and builds the highly profitable Chevrolet Silverado and GMC Sierra pickups, start at $9.20 per day, while the top wage for skilled-trades workers is $33 per day – less than a skilled worker at a GM plant in the U.S. can make in an hour at straight time, according to information supplied by the automaker. 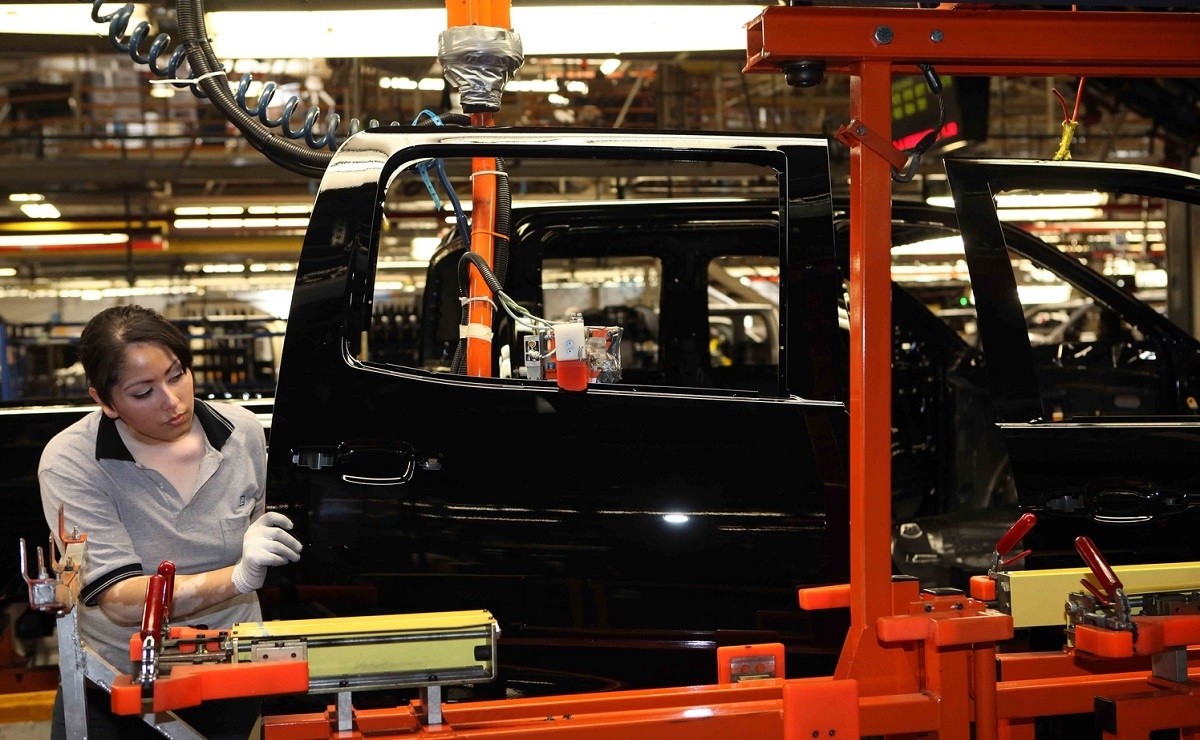 Once the vote results are finalized by Mexican Ministry of Labor, GM says it will open negotiations with SINTTIA, the union chosen by Silao’s employees to replace CTM. The wage scale included in the current contract will remain in place pending negotiations with the new union, GM officials say.

According to preliminary results released by the Mexican government, SINTTIA received 4,192 votes, while CTM received 932. More than 87% of Silao employees participated in the vote to select which union they wanted to represent them at the bargaining table in the future.

The share of the vote for SINTTIA was impressive, given CTM’s long history in the plant, Shaiken says. Working conditions and pressure from supervisors appear to have played a role in the vote, he adds.

“We are proud that GM Silao has some of the highest workplace-of-choice employee engagement scores among all of our North America operations, and the turnover rate of hourly employees is low,” GM says in a statement issued after the votes were counted. “Our Silao employees choose GM and elect to remain with the company for extended careers because of the positive and healthy environment that we have established as a corporate leader in Mexico.

“General Motors recognizes and appreciates the active participation of employees eligible to be unionized at our manufacturing complex in Silao, Guanajuato, who exercised their right to elect the union that will represent them,” the statement says.

The vote at Silao was the result of a complicated process put in place as part of the U.S.-Mexico-Canada Agreement trade deal negotiated by the Trump Admin. to replace the North American Free Trade Agreement.

The USMCA negotiations gave Mexican President Andres Manuel Lopez Obrador an opportunity to rewrite the country’s labor laws. One key change gives workers the right to choose their representatives and the right to approve agreements negotiated on their behalf.

The Trump Admin., needing the votes of Democrats for passage of USMCA, also put a section on labor rights in the trade deal.

The vote in Silao was a test of those provisions. The first vote, in April 2021, was voided after Mexican authorities discovered irregularities including destroyed ballots. A second vote last summer gave workers the right to select a new union, leading to last week’s endorsement of SINTTIA.

The defeat of CTM is being hailed by the UAW and other American unions, which have argued for three decades the system in Mexico is designed to keep wages low, giving employers an incentive to move work out of the U.S.

“The UAW congratulates the workers of GM Silao on forming a free, fair and independent SINTTIA union,” UAW President Ray Curry says in a statement. “We commend the Biden Admin. and (the U.S. Trade Representative) for ensuring a fair election process and we look forward to a new era of free, fair, independent unions in Mexico.”