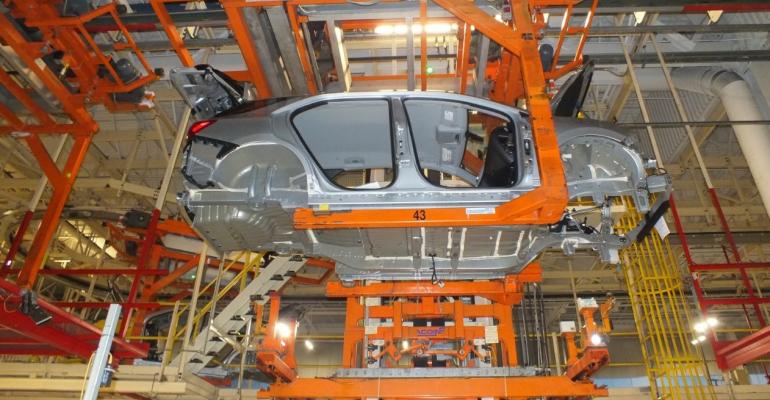 As a result of the conversion of the CAMI plant in Ontario to BrightDrop BEV production, the GM plant in Ramos Arizpe, Mexico, will have the ability to increase production of the Chevrolet Equinox and GMC Terrain midsize CUVs, the automaker says.

General Motors is adding employees at an assembly plant in Mexico to build more CUVs, while it converts a plant in Ingersoll, ON, Canada to building battery-electric vehicles for its new commercial-vehicle venture, BrightDrop.

The CAMI plant in Ingersoll, which currently builds the Chevrolet Equinox, will transition this fall as part of an $800 million investment in the production of EV600 vans for BrightDrop, according to Jennifer Wright, director of communications for GM of Canada.

As a result of the CAMI conversion to BrightDrop and some product changes the GM plant in San Luis Potosi, Mexico will have the ability to increase production of the Equinox and GMC Terrain, products they already build, Flores says.

The San Luis Potosi assembly complex, which currently operates on two shifts to build the Equinox, Terrain is adding employees to keep up with the demand for the three midsize CUVs, GM says. 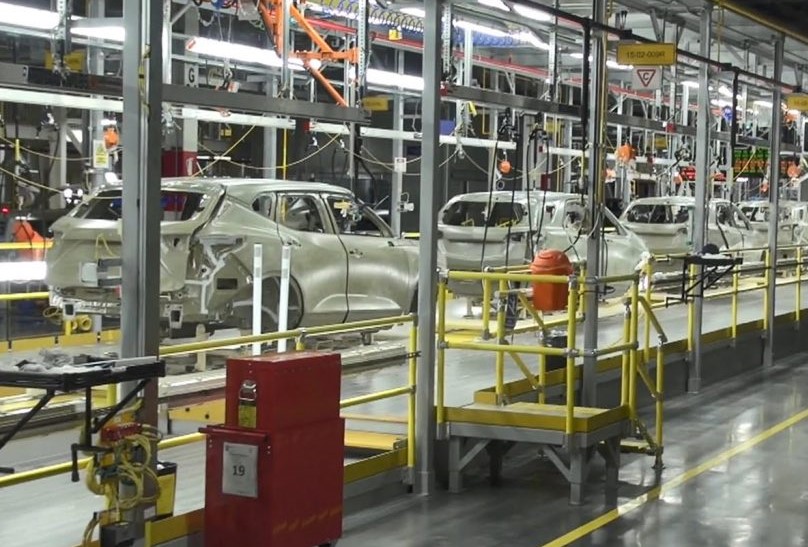 “The increase in Equinox and Terrain production will drive the need to add manpower at San Luis Potosi.  We are not publicly disclosing those additional manpower requirements at this time,” Flores says in an emailed response to a question about speculation GM is adding as many as 1,300 employees to the 3,200 now working in the Mexican plant.

Meanwhile, GM manufacturing complex in Ramos Arizpe (pictured above), which also will continue to build the Equinox is benefiting from company's investment of more than $1 billion, part of which went toward construction of a new paint plant which began operations in June 2021.

GM will launch a battery-electric version of the Equinox as part of the automaker’s goal of building a broad BEV lineup with multiple price points, CEO Mary Barra has said.

Construction of new facilities at Ramos Arizpe, where GM-branded electric vehicles will be produced starting in 2023 has begun. The investment includes improvements to the general infrastructure of the complex, GM says.

GM also says it is making an additional investment in Canada linked to its plans for BEVs.

GM and Posco Chemical are working with the governments of Canada and Quebec to build a new facility in Bécancour, Quebec, estimated at $400 million (C$500 million). The new facility will produce cathode-active material for GM’s Ultium batteries, which will power electric vehicles such as the Chevrolet Silverado, GMC Hummer and Cadillac Lyriq BEVs.

Construction of the new facility, which GM and Posco will operate as a joint venture, will begin immediately and create approximately 200 jobs. The site will allow for future expansion as GM continues to pursue potential future BEV supply-chain projects.