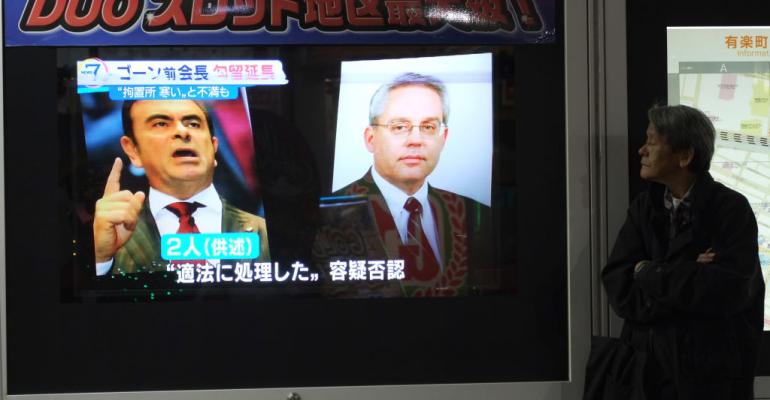 Greg Kelly suspects the charges against him stemmed from Renault’s decision to force the integration of the two main Alliance partners, Renault and Nissan. Trial records reveal that a February 2018 Renault board resolution instructing Carlos Ghosn to merge Nissan and Renault, or else risk losing his contract as Renault CEO the following June, triggered the coup to replace him.

Three and a half years ago, Greg Kelly, who had risen to senior vice president and representative director at Nissan and was a trusted advisor to former CEO Carlos Ghosn, received a phone call from Hari Nada, then head of the CEO's office, pressuring him to return to Japan from his home in Brentwood, TN, the following Monday, Nov. 19, 2018, for a meeting at the automaker’s Yokohama, Japan, headquarters the next day.

There was no meeting. Nada’s call was a ruse to lure Kelly back to Japan where he would become collateral damage in an intricately planned corporate coup to remove Ghosn, who by then was chairman, and key Ghosn allies from Nissan. He and Ghosn were arrested shortly after arriving in Tokyo and placed in a maximum-security prison.

And Kelly, 62 at the time, suffered at the hands of Nissan and Japanese authorities. He lost his post as a Nissan director and his reputation was ruined, based on flimsy charges that he conspired to enrich Ghosn, but not himself, by helping alter eight years of official financial reports – all written and delivered in Japanese, which he doesn’t read, write or speak.

Moreover, Kelly was not in Japan for more than half of those years, having returned to the U.S. in a nonexecutive capacity in 2014, making it even more implausible that he was involved with committing a crime, let alone having “masterminded” it, as he was originally accused of doing.

Before his ordeal finally ended in early March 2022, Kelly would be tortured and would spend 1,200 days away from family and friends. Initially facing a 15-year prison term for a crime he couldn’t have committed, the Tokyo District court acquitted him on March 3, 2022, on seven of the eight fiscal years under consideration, thus a small fraction of the ¥9.3 billion ($74 million) that Nissan and the Tokyo prosecutor’s office alleged he and Ghosn had concealed.

Kelly received a 6-month suspended sentence with no credit for time served on charges stemming from his actions during the eighth fiscal year. He was not ordered to pay restitution, although Nissan is now suing Kelly for around $12 million and prosecutors and Kelly are appealing the judgment.

Worth noting: The money wasn’t paid to Ghosn and couldn’t have been paid without board approval, and all key players, including Ghosn, Kelly and Ghosn’s successor as Nissan CEO, knew that.

Stephen Givens, a prominent American lawyer in Japan, characterized the Kelly verdict as “not guilty in substance and a rebuke to the prosecution. The prosecution’s criminalization of what should have been left to the civil side of the legal system – corporate, commercial and administrative law – deservedly earned the derogatory tag ‘Japanistan.’”

The full force of the U.S. government backed Kelly’s innocence. Among those rejecting the charges were Secretary of State Anthony Blinken, the immediate past secretary of state, Mike Pompeo, and current and former Ambassadors to Japan Rahm Emanuel, William Hagerty and Caroline Kennedy.

Ambassador Emanuel drove Kelly to the airport in Tokyo on Monday, March 7. Hagerty, now a Republican U.S. senator from Tennessee, met him at the Nashville airport after Kelly had spent a week vacationing privately with family and seeing his 2-year-old grandson for the first time.

Wards spoke via Zoom with Kelly and his wife Dee (pictured, below) after their return to the U.S. Kelly opened up about his experiences, including living as a prisoner in Japan’s notorious “hostage justice” system. Never a day went by that he didn’t measure his belief in his innocence against the odds: The conviction rate in Japan is more than 99%, up there with dictatorships such as China, Saudi Arabia and North Korea.

Now 65, Kelly says he was “humbled” by his reception at Nashville International Airport where family and friends, including former Nissan colleagues, and Hagerty greeted him. He and Dee arrived at their suburban Nashville home to find it decorated with yellow ribbons, a traditional symbol of support for someone who is absent or missing.

“I don’t like the limelight,” Kelly says. “I’m not a public person. I got caught in a situation the public had an interest in.” 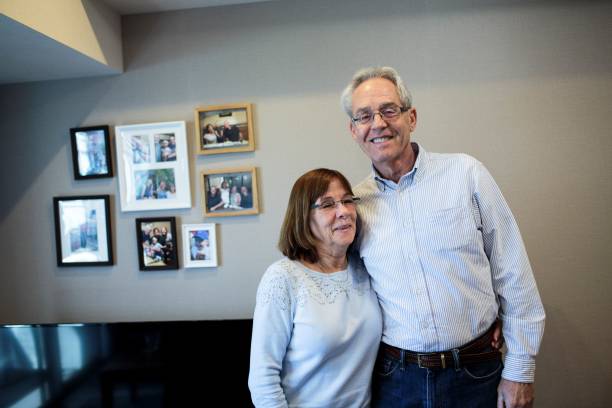 Kelly, an attorney, still isn’t sure why he was singled out by Nada for arrest and criminal prosecution. Apart from being one of Kelly’s and Ghosn’s main accusers, Nada himself had entered into a plea agreement to avoid prosecution. Neither Nissan nor Nada, who remains in the executive ranks as a senior vice president, nor the prosecutor’s office will share information about Nada’s alleged offense.

Kelly suspects Nada’s actions stemmed from Renault’s decision to force the integration of the two main Alliance partners, Renault and Nissan. Trial records reveal that a February 2018 Renault board resolution instructing Ghosn to merge Nissan and Renault, or else risk losing his contract as Renault CEO the following June, triggered the coup to replace him.

Renault was and is Nissan’s largest shareholder with a 43.4% equity stake in the Japanese automaker. Nissan holds a 15% “nonvoting” stake in Renault.

Another member of the anti-Ghosn faction inside Nissan went to Tokyo prosecutors the day after Renault shareholders ratified the board’s decision in June 2018. Prosecutors told him there was no crime, but to keep investigating. Which the faction did, in secret.

The anti-Ghosn faction – including former Nissan CEO Hiroto Saikawa (pictured, below) – wanted to block a French government takeover of the Japanese automaker. 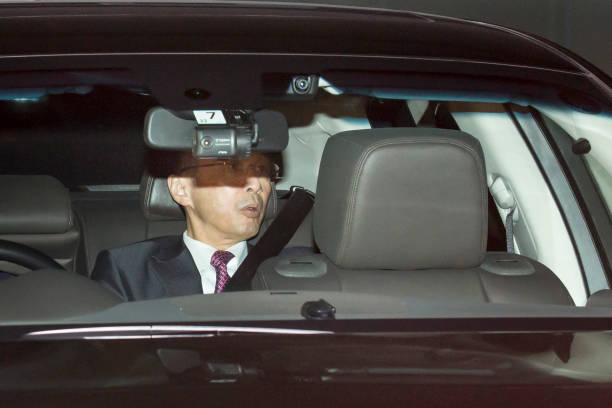 Proof of their intention was a Nov. 18, 2018, email from Nada to Saikawa, the day before Ghosn’s and Kelly’s arrests, in which Nada laid out the objectives of removing Ghosn.

Although still a painful subject, Kelly tells Wards how he was lured to Japan on false pretenses and held captive in the hostage justice system. He arrived at the Tokyo airport on Nov. 19, 2018, and got into a waiting Nissan van, arranged for him by Nada.

On the way to his hotel in Yokohama, the van stopped on the side of the road. Prosecutor’s officials entered and commandeered the vehicle, taking Kelly to the prosecutor’s office in Tokyo, where he was arraigned. They then took him to the maximum-security Tokyo Detention House, where he was made to strip in front of his captors and put on a light blue prison outfit.

Kelly says he was held in solitary confinement for the next 37 days in the dead of winter in an unheated cell, initially without winter clothing. Temperatures fell into the 30s on a number of nights. Ghosn spent 109 days in the same facility before being granted bail.

(The Nelson Mandela Rule passed by the UN General Assembly sets a 15-day limit for solitary confinement, mostly for violent criminals, which Kelly and Ghosn certainly were not. Anything beyond that is considered torture.)

As was the case with Ghosn, no one from the Tokyo prosecutor’s office or at any other level of the Japanese government has commented on the circumstances of Kelly’s detention.

Kelly says lights were on in his cell 24 hours a day, seven days a week. Prosecutors interrogated him for four to six hours daily, never with his lawyer present. When he wasn’t being interrogated, he would have to sit in the corner of his tiny cell, legs stretched forward. He was not allowed to stand up and walk around for exercise.

He was allowed outside his cell for “open-air” exercise on the roof of the prison only on weekdays. He was only permitted two baths per week. He was not able to communicate with his U.S. lawyers or even his wife.

In detention, Kelly repeatedly requested medical attention for his spinal condition. In late December the prosecutor opposed Kelly’s bail request, knowing that it would further delay his surgery. He finally was granted bail on Christmas 2018 and underwent spinal fusion surgery in Japan a month after it was originally scheduled. Kelly did not return to prison afterward.

Kelly describes his reaction to his arrest as “shock and awe,” and confides that his “darkest” moments were when his trial date was repeatedly delayed in a system with a 99.4% conviction rate.

“We lost three and a half years of our lives,” Kelly tells Wards. “Losing three years is not like losing three months. It is still surreal to me to be back home and to be able to visit my family and friends, including my two grandsons.”

Kelly has retired from Nissan. He has not been in touch with Ghosn (pictured in December 2021, below), who famously smuggled himself out of Japan in late December 2019 and now lives as an internationally wanted fugitive in Lebanon. 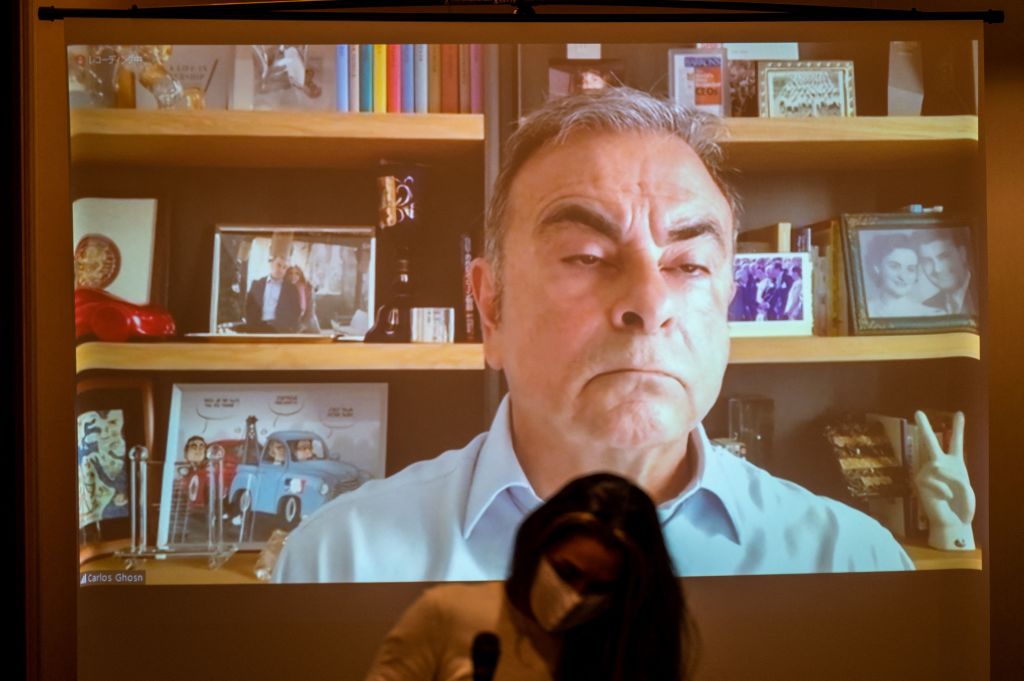 While Kelly hesitates to talk about his case and what steps his legal team is contemplating, including possibly seeking damages against Nissan in the U.S., he does discuss the “what-ifs” if Ghosn hadn’t been ousted.

“We created something special,” he says. “What happened is a tragedy because the Alliance today should be Nissan, Renault, Mitsubishi and Fiat Chrysler (the latter now merged with French automaker PSA to form Stellantis). That was Ghosn’s plan.

“And just imagine how strong Nissan would be today if it was part of a group whose North American lineup included Dodge (Ram) trucks and Jeep.”

“Carlos was a magnet for drawing talent. And whatever his critics might want to say about him, people wanted to work for him.”

Current Nissan executives have declined to comment on Kelly’s case.