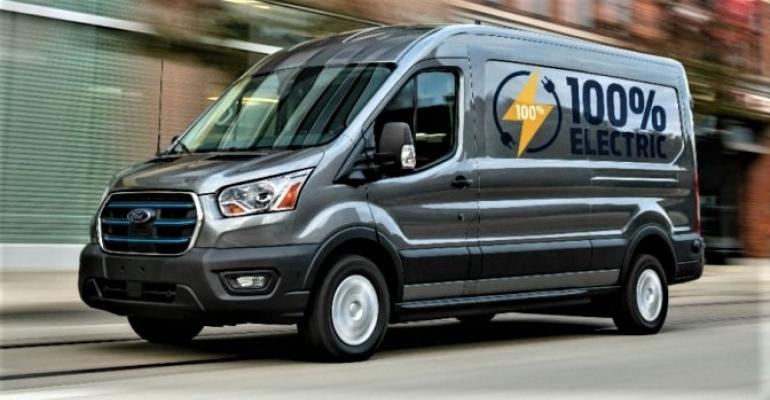 “We’re going to be a much stronger company going forward,” he says, adding, “We have new products you haven’t even seen yet” in addition to vehicles such as the highly touted Ford Mustang Mach-E and Ford Bronco.

“We’re not competitive yet on costs,” Farley (below, left) observes during a “Fireside Chat” conversation with Wolfe Research analyst Rod Lache, citing the $1 billion to $2 billion the automaker is spending on warranty costs as one of the areas in which Ford needs to improve.

At the same time, Ford is restructuring its chronically money-losing South American operations to create a more viable business model. It also is overhauling its business in China to become more competitive.

Farley says all of these efforts are part of Ford’s goal of reaching an 8% profit margin from the company’s far-flung operations.

“We’re going to be a much stronger company going forward,” he says, adding, “We have new products you haven’t even seen yet” in addition to vehicles such as the highly touted Ford Mustang Mach-E and Ford Bronco.

Half of Ford’s spending on electric vehicles is going into the commercial side of the business, Farley says.

Ford’s position in the commercial-vehicle market is unmatched, and the automaker plans to fortify the business with a battery-electric small van and battery-electric pickup, he says, noting rivals have developed “one or the other but not both.”

The company’s plans also call for an unprecedented emphasis on what Farley describes as digital services that will make it easier for small business owners to run their business from behind the wheel of their Ford truck or van.

“We literally have customers who (now) run their business on Post-it Notes,” Farley says, suggesting the market for delivering digital services to commercial customers is in its infancy.

Ford’s infrastructure supporting its commercial customers in both North America and Europe is already much deeper than that of its competitors and will grow with the automaker’s continuing expansion into digital services, which promise to create new revenue streams for the company, Farley says.

The automaker also intends to make it easier for owners of battery-electric CVs to get them recharged, the CEO says. 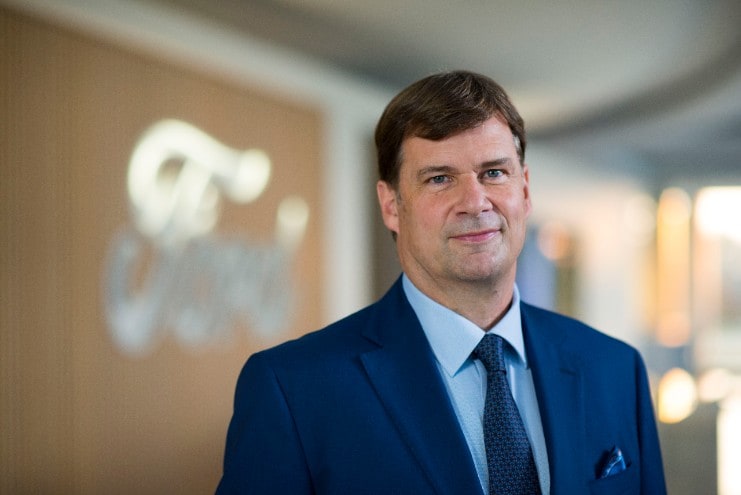 Responding to questioning by Lache, who notes Ford seems to be dependent on suppliers such as Magna for electric-vehicle technology and plans to use Volkswagen’s system in Europe, Farley says Ford is rapidly developing its own capacity to engineer EVs for future customers.

Ford does depend on suppliers, he acknowledges, but it is “insourcing” production of electric motors and has plans for bringing other parts in-house. “We’re only in the first inning,” he says, suggesting it’s not the time to judge Ford’s in-house competence in electric vehicles.

Under its current investment plans for EVs, Ford is developing platforms for three different kinds of electric vehicles: one for pickups, another for commercial vans and a third for two- and three-row CUVs and SUV, Farley says.

Government policy can help promote the shift to EVs, and government incentives for consumers do not necessarily have to be financial, he says.

“One of the best things that ever happened to the Prius was the HOV lane sticker,” says Farley, who worked as an executive at Toyota before joining Ford in 2007. The HOV sticker allowed solitary drivers of Prius hybrids to use traffic lanes otherwise reserved for vehicles with multiple occupants.

The development of a commercial charging infrastructure would help encourage the switch to EVs, and the federal government also must insist that the critical components used in electric vehicles be made in the United States, he says.