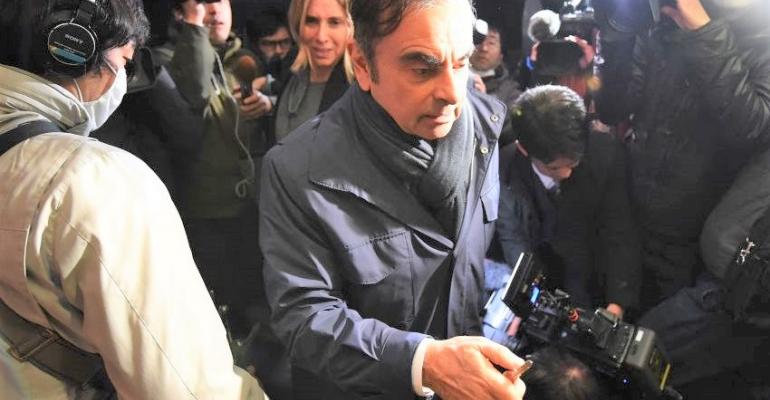 “We are discovering more and more things all the time,” Carlos Ghosn tells Wards via a Zoom interview from his home in Beirut. “More documents and more people starting to talk about what happened.”

Nissan finds itself in a quandary.

It reported better-than-expected earnings for the first quarter of the current business year and is now projecting a small profit for the full year ending next March. Yet the automaker can’t or won’t extricate itself from litigation hell with Carlos Ghosn, its former chief executive.

Ghosn, now 67 and living in exile in Lebanon, granted Wards a second interview to discuss a range of issues including the lawsuits (he’s involved in as many as eight, depending on how one counts) and particularly new evidence that has emerged in cases pending in Japan, Lebanon and Tennessee.

“We are discovering more and more things all the time,” he says via a Zoom interview from his home in Beirut, “more documents and more people (are) starting to talk about what happened.”

While it is hard to determine what constitutes winning or losing on the legal front, the fact that new information is seeping into the public domain could support Ghosn’s case. And when one considers where Ghosn was two years ago, awaiting trial and facing an almost certain guilty verdict in Japan’s “hostage justice” system with prospects of spending most of the rest of his life in a Japanese prison, he has clearly made progress.

Ghosn fled Japan two years ago this December in a daring year-end escape. He is currently a fugitive living in Lebanon, his childhood home, which has no extradition treaty with Japan. Brazilian-born with Brazilian, French and Lebanese nationalities, he is currently working to remove his name from Interpol’s “red notice” or “most wanted” list on grounds that Japan hasn’t turned over its extradition file to the Lebanese authorities.

For the time being, he is homing in on two cases – one involving an alleged criminal violation in Lebanon where, on Nov. 19, 2018, within minutes of his arrest in Japan, Nissan and its U.S. law firm, Latham & Watkins, raided his residence in Beirut without a warrant and “stole” (Ghosn’s word) his computer and personal papers. Separately, they took the legal records of his late former lawyer, records protected by attorney-client privilege, without a warrant, which were stored at a Nissan distributorship.

The second case is a class action lawsuit filed in federal court in Nashville by Nissan investors who lost money following Ghosn’s ouster.

In the Beirut criminal case, Ghosn says “They broke Lebanese law for sure. They took archives and documents belonging to me and the hard drive of my former lawyer. And they were not the police.”

Ghosn accuses Nissan of doing the same at his apartments in Amsterdam and Rio de Janeiro. It failed to enter his Paris apartment because Ghosn had, by chance, changed the locks two weeks earlier.

In Rio de Janeiro, in an operation initially conceived at Nissan North America Inc. in Franklin, TN, he alleges Nissan removed content from his personal safe.

“The only place they came with a warrant was my apartment in Tokyo,” he says. And from his Tokyo apartment, prosecutors took both company and personal records.

Is he planning further legal action? “We will. We now have proof of what they have done.” 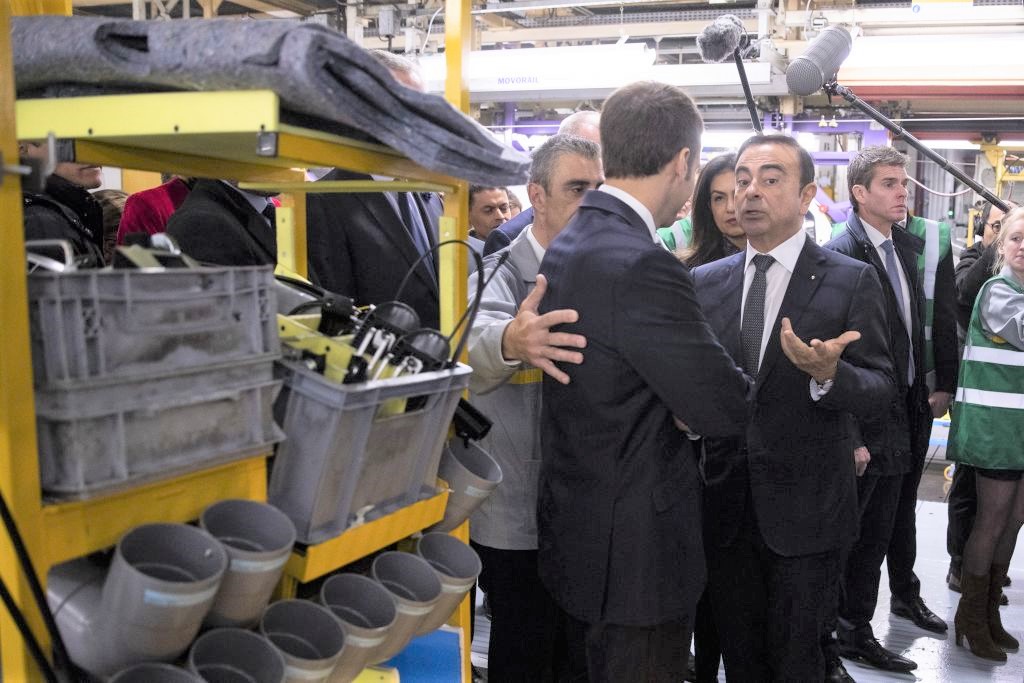 Ghosn and French President Emanuel Macron (back to camera) tour Renault factory in France on Nov. 8, 2018, days before Ghosn’s arrest in Japan.

The Case in Tennessee

The Tennessee case is potentially problematic for Nissan because it is being adjudicated in the U.S., Nissan’s second largest market, and thus offers Ghosn a chance to get his story out to the American public, and because evidentiary discovery rules in the U.S. tend to lean more toward openness than in Japan.

In fact, Nissan is being hit with an avalanche of requests for documents related to the case, as well as names of key people in management whom Ghosn’s lawyers want to depose. The automaker, we’ve been told, is resisting at every turn and resorting to legal technicalities such as: Japanese court rules don’t permit the release of documents.

In an Aug. 24 court order, all six executives who secretly plotted to remove Ghosn from management were identified in a court proceeding for the first time and called upon to submit testimony. Nissan has agreed to permit five of the six to offer written witness testimony.

Included on the list is Hari Nada, the former head of the CEO office and Ghosn’s main accuser who, despite entering a plea agreement admitting to committing an unspecified crime, is still in management.

Nissan is resisting including Masakazu Toyoda, a board member and former bureaucrat in the Ministry of Economy, Trade and Industry. The fact that Toyoda has been named is significant because of his reported links to the government.

The Tennessee case was filed by the Jackson County Employees’ Retirement Assn., which is based in southern Michigan, on Dec. 10, 2018, three weeks after Ghosn’s arrest and less than 24 hours after Tokyo prosecutors on the other side of the world obtained the first of four indictments.

The suit named Nissan and six former board officers as defendants, including Ghosn; American Greg Kelly, a Ghosn ally on Nissan’s board still awaiting trial in Japan; Hiroto Saikawa, Nissan’s CEO at the time of Ghosn’s and Kelly’s arrests; and three others including Nissan’s former chief financial officer, Joseph Peter, another American.

The case illustrates Nissan’s inability to move on from the Ghosn era and focus on building cars. Multiple sources both inside and outside the company, including two who were in executive positions, say Nissan would be wiser to settle because costs of the settlement, which will mostly be covered by insurance, are less than the potential risk of exposure to possible wrongdoing through the discovery of documents.

A source involved with investigating wrongdoing by Nissan management after Ghosn’s arrest  warns, “There is a substantial risk for Nissan that we might see documents which show that Ghosn and Kelly were set up.”

There is growing evidence supporting Ghosn’s claim that he was set up. And there is little dispute about who removed him from management as the names of the plotters have moved from media speculation to a U.S. federal court.

Moreover, some of the evidence, including personal papers taken during the raids on his Amsterdam, Beirut, Rio de Janeiro and Tokyo residences, has been concealed from the public by both Nissan and the Tokyo prosecutor’s office. This evidence could exonerate him, as well as Kelly, at a minimum of the first two charges – of concealing ¥9.3 billion ($85 million) in retirement income.

It is not clear if Ghosn will win any of the eight lawsuits he’s pursuing on three continents – Europe, North America and Asia. But it is also not clear he will lose, or that he won’t qualify for massive financial damages as more facts emerge about the secret investigation and management shakeup.

And therein lies the problem for Nissan, which needs to focus on rebuilding its business while avoiding distractions, having run up nearly $15 billion in losses since Ghosn’s ouster. Lawsuits are distractions, and they are costly.

Multiple sources, again including former insiders, tell us Nissan spent more than $200 million in legal fees and associated costs – hiring investigators and buying the silence of former employees with non-disclosure agreements – in the six-month period after Ghosn’s arrest.

Nissan has refused Wards’ request to set up management interviews, but there is little doubt that every dollar spent on lawyers is a dollar not spent on brands or product development.