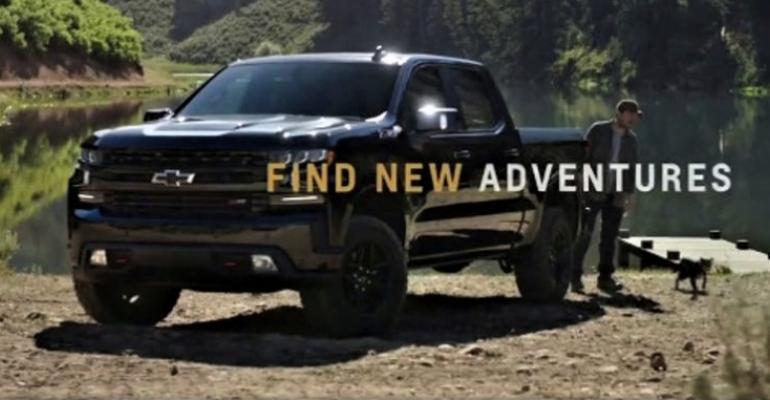 Over half of the collective ad budget among the five most-viewed automotive commercials went to NFL football opening week games.

The ads featured in this week’s list of iSpot.tv’s most-viewed automotive commercials are largely the same as those reported in previous weeks, with one notable exception. But the numbers behind them are much different.

The estimated national spend among the five ads racking up the most impressions skyrocketed week-over-week to $13.7 million for the week of Sept. 6 from a collective $8 million the previous week.

What instigated this nearly $6 million increase? Easy answer: The start of NFL football season. Over half of the collective ad budget among the top five commercials went to NFL football opening week games and was driven by the spend behind three ads in particular: Chevrolet’s “Cat” (est. $3.8 million), Jeep’s “Wildly Civilized” (est. $1.8 million), and Toyota’s “Sneak Out” (est. $1.6 million).

Although Jeep’s “Wildly Civilized” retains the crown for most-seen ad, Chevy’s ad debut (to this ranking), “Cat,” is the story of the week. Although fifth in overall impressions, “Cat” ranks first in viewer reaction, taking over the “fan favorite” crown from Nissan’s Brie Larson-helmed “60 Years in 30 Seconds.”

According to Ace Metrix Creative Assessment viewer survey data, “Cat” dramatically over-indexed in all categories vs. the auto industry norm, including Attention (16% over), Likeability (18.5% over) and Desire (15.7% over). “Loved the cat,” says one survey respondent, which basically sums up most of the verbatim viewer responses.