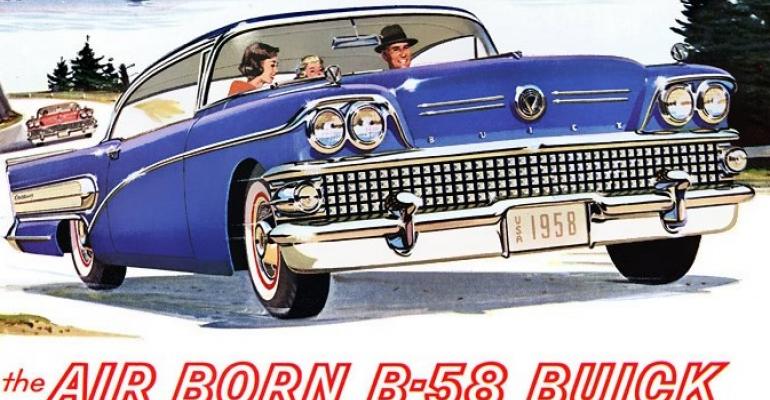 Lincoln expects to have its all-new models in production at four assembly plants by March 15. The larger, heavier Cosmopolitan will be built only at the Rouge complex in Dearborn, while standard-size Lincolns will be assembled at the new St. Louis, MO, plant as well at facilities in Metuchen, NJ, and Los Angles, along with Dearborn. Meanwhile, the all-new Mercury lineup will commence pilot assembly mid-month at plants in Los Angles, Metuchen and St. Louis, as well as at the Rouge.

The coal strike, if prolonged, will a have serious impact on the auto industry, says WAR. Primarily, steel plants may have to shut down as coal supplies dwindle because the country’s coal reserves will not be used to maintain steel-plant operation during the walkout. Indications are most automakers will be able to continue production as scheduled through the end of March, the newsletter says. After that, if the strike continues, automakers will have to make drastic cutbacks and or shut down some facilities as coal supplies run out.

Although some in the auto industry say the beginning of a  “buyer’s market”  is closer than many automotive executives will admit, WAR says that in analyzing the “facts” it has reached the opposite conclusion. “If confidential data on booked orders of the Big Three producers were revealed,” WAR says, “it would become quickly obvious that order backlogs apparently are firm commitments and not mere fictitious buying, in most cases, and unlikely to fade out overnight should a slight economic disturbance occur. Car-hungry consumers, with longstanding purchase orders, are in desperate need of automobiles to replace worn-out vehicles with high upkeep costs.” The newsletter says Chevrolet and Ford, for example, have order banks in the range of 1.0 million units each.

The economic slowdown is prompting buyers of the low-price three, Chevrolet, Ford and Plymouth, to opt for the least expensive models in larger numbers in the first two months of 1958 than they did a year earlier. Ford Custom 300, Chevy Delray and Plymouth Plaza accounted for 20.3% of total Chevy, Ford and Plymouth production in January 1958 and 23.6% in February, up from 10.3% and 10.7%, respectively, in like-1957. That compares with rates of 39.6% and 36.5% in the first two months for the high-end Fairlane 500, Bel-Air/Impala and Belvedere variants, down from 48.6% and 47.7% in January and February 1957. Thanks to an advertising push, Ford’s low-line model accounts for 60% of Custom 300-Delray-Savoy output so far this year, up from 40% in like-1957. To help boost its share, Chevrolet is now doubling Delray output this year.

WAR tells its readers, in a “Confidential Bulletin” that recent newspaper reports about Congress debating the reduction and/or elimination of the 10% federal excise tax on new cars has stalled sales momentum and needs to be addressed. On March 4, the newsletter says its publisher presented to top Congressional and administration economic and financial leaders, a plan to alieve the uncertainty and get sales moving. WAR’s plan called for an immediate 90-day suspension of the tax to give Congress time to adequately debate the issue and legislate a 50% reduction in the levy or eliminate it all together. A week later it followed up with a telegram to those same leaders, again calling for immediate action.

Ford Div. ranked first in domestic-make convertible output in 1957, marking the first time any single automotive division turned out more than 100,000 ragtops in a single year. Ford’s 108,000-unit tally, including 27,000 of its unique Skyliner retractable hardtops, was just 8.5% short of matching the 118,000 convertibles built by all five of General Motors’ car divisions combined.

Buick has set its sights on third place in new-car sales in 1958 from current place-holder Plymouth. Toward that end, Buick has launched a sales incentive program dubbed, “Demonstrate for Profit and Third Place.” Salesmen in each zone compete for 200 top prizes of a trip of their choice to Miami or Las Vegas. Additional prizes include 200 cash awards of $200 and 200 awards of $100. To qualify, a salesman must record one sale for every six demos. In addition, trip winners receive $25 for each ’57 or ’58 Roadmaster they sell and $35 for each ’58 Limited.

Asking if it is the wave of the future, WAR reports a bill introduced in the New York state legislature would authorize cities with more than 100,000 residents to impose a toll on cars entering during the morning rush hour.

Production of Chrysler’s hot-selling Dodge Charger is being added to a second plant to meet demand. Production of the midsize sporty car commenced March 4 at Chrysler’s St. Louis, MO, plant in addition to the Dodge Main facility in Hamtramck, MI, where it already was built. The St. Louis launch was scheduled for mid-January, but the UAW Chrysler strike delayed the startup.

Dow Chemical forecasts the use of molded thermoplastic will increase to an average of 50 lbs. (23 kg) per ’69 model car from 40 lbs. (18 kg) in ’68 models. The increase is due to the introduction of plastic fuel tanks on a number of ’69 models, although a wholesale changeover to the “crash-proof” tanks is not expected until the ’70 model run. Some industry executives think federal safety standards will require plastic fuel tanks in the near future and are looking to get a headstart, DOQ says. Meanwhile, U.S.I. Industrial Chemicals sees the average amount of plastics per car rising from 45 lbs. (20 kg) in 1967 to 175 lbs. (79 kg) in 1985.

Vinyl top coverings, available on all but two ’68-model sedans and hardtops, is being ordered at a rate “bordering on the phenomenal.” Based on Ward’s data, a vinyl top was factory-installed on 33.2% of the ’68-model domestic-make cars built in the model run through Dec. 31, 1967. That was up from 20.2% at the same point in the ’67 run, a 50.2% increase. A convertible “look” and prestige are the main reasons behind the surge in vinyl-top demand, the newsletter says. According to supplier Interchemical, convertible buyers choose ragtops for reasons of style, but actually accumulate only about 1,500 miles (1,414 km) annually with the top down, out of a total of 10,000 miles (16,093 km). Compared with the average $400 premium for a convertible over a comparable hardtop, the average cost of a vinyl top is between $75 and $100.

Chrysler says it will spend $1.8 billion over three years to increase worldwide assembly and powertrain capacity, increasing employment in the U.S. and Canada by 6,000 workers. Subject to UAW and government approval, the investment will hike Chrysler’s output capacity by 500,000 vehicles annually, to 3.5 million, by 1996. Chrysler Chairman and CEO, Robert J. Eaton says the program “will touch virtually all of our facilities and some of our suppliers. Included in the expenditures is $300 million to keep the St. Louis South plant open past 1995 and convert from minivan output to production of Dodge Ram pickups. Another $120 million will be spent to increase output at the Jefferson North plant. In addition, Dodge Dakota output will be consolidated at the Warren, MI, facility, freeing capacity at Toledo, OH, for more Jeep Cherokee and Wrangler assembly. In other moves, the Belvedere, IL, plant will be updated to increase Neon output, while the engine plant in Trenton, MI, will gain the capacity build 100,000 more 3.3L V-6s.

Although its not slated to arrive for at least another two years, Porsche says it already has logged 4,000 U.S. orders for its all-new entry-level ’97 Boxster. It is expected to sell for about $40,000. Reportedly, some dealers have accepted cash deposits to ensure Porsche enthusiasts obtain one of the cars as soon as they are available. Porsche says the Boxster is key to its achieving annual U.S. sales of 10,000 units by the end of the decade.

A survey by J. D. Power of the quality of 5-year-old cars ranks ’89 Cadillac models at the top of the charts. The division has the lowest number of problems of any make in the survey, followed in order by Mercedes-Benz, Audi, Buick, Acura, BMW, Honda and Porsche. On average, Power says domestic brands averaged 450 problems per 100 cars compared with 428 for Asian makes and 475 for European brands. The single highest ranked car was the Toyota Cressida. Among the makes ranked below average, in alphabetical order, were Chevrolet, Chrysler, Dodge, Ford, Jaguar, Pontiac, Volkswagen and Volvo.

California’s Air Resources Board denies it is thinking of relaxing its controversial zero-emissions mandate, says WAR. Reports had surfaced that CARB was re-evaluating its requirement that 2% of ’98-model cars sold in the state emit no emissions. The agency says it is not thinking of make any changes to the requirement that can only be met with electric

vehicles. It points to four battery technologies that it believes will make EVs viable by the deadline. An agency spokesman tells Ward’s, “I understand that you may have something of a telescopic vision Detroit,” Adding, “we think some of the problems Detroit says it is having can be ironed out. We have several years before the mandate kicks in, so there is time to improve on the technologies.”