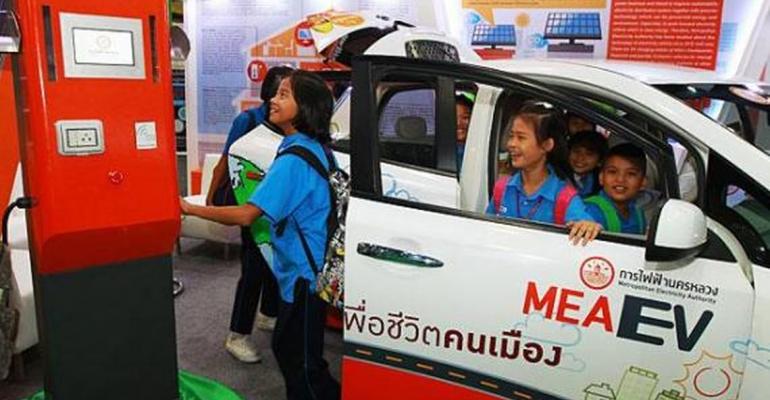 Thailand’s Office of Industrial Economics doesn’t see locally made electric vehicles reaching the market for eight years, even though the government is offering incentives for automakers and suppliers.

For the moment, he says, EVs are not affordable, and the industry needs time to switch from internal combustion to electric power.

“Moreover, the country lacks vital infrastructure such as charging stations, and the government is in talks with many parties to find future EV solutions together,” Siriruj says.

Board of Investment incentives for hybrid, plug-in and battery-powered EV manufacturers include tax holidays of five to eight years and import duty exemptions for cars and machinery.

The incentives also are available for local suppliers producing parts such as batteries and motors for the EV industry.

The government wants Thailand to be the global hub for EVs and wants to see 1.2 million EVs and 690 charging stations in the country by 2036.

The Thailand Automotive Institute has signed a letter of intent with Japan External Trade Organization (Jetro) for talks on next-generation vehicles to develop the EV industry in Thailand.

Jetro Bangkok President Hiroki Mitsumata tells the newspaper Japan is ready to support Thailand because it already is a global production hub for Japanese automakers.

“We expect Japanese car makers will transfer some know-how for EV technology to local suppliers under this collaboration,” he says.

The Thailand Automotive Institute website reports Japanese startup FOMM aims to produce and sell a four-seat compact EV in Thailand before rolling it out elsewhere in Southeast Asia and Europe. FOMM is looking to start production in Thailand by year-end and sell the vehicle in partnership with a local power distribution company. Exports could start in 2020.