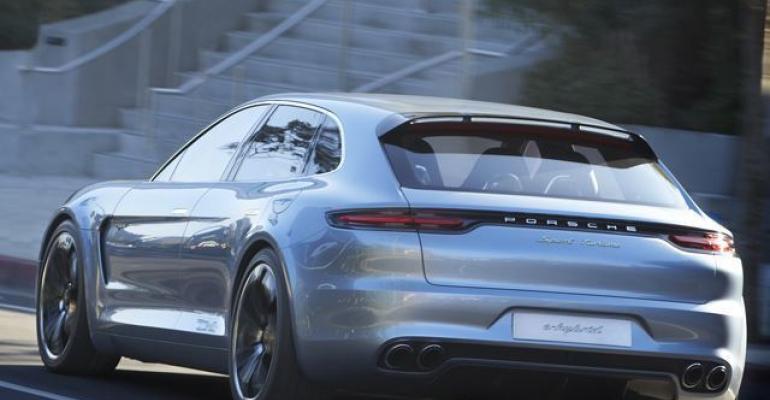 The 4.0L unit, which will migrate to other Volkswagen Group models from Audi, Bentley and Lamborghini, forms part of a range of new modular V-6 and V-8 gasoline engines jointly developed by Porsche and Audi.

Presented at the Vienna Motor Symposium, the 4.0L unit, which will migrate to other Volkswagen Group models from Audi, Bentley and Lamborghini, forms part of a range of new modular V-6 and V-8 gasoline engines jointly developed by Porsche and Audi.

The Porsche engine shares various aspects of its construction with the turbocharged 3.0L V-6 DI gasoline engine revealed by Audi in a ʼ17 model-year S4 sedan at the Geneva auto show in March. The new V-6 and V-8 units have been developed under the internal codename KoVoMo, a play on the German words Konzern Vee Otto Motoren.

Overall, this represents a 0.81L reduction in capacity, allowing the future Panamera and Cayenne turbos to sneak in under the 4.0L tax threshold in various markets, including China.

Porsche officials suggest more powerful variants of the twin-turbo 4.0L unit destined for the upcoming Panamera Turbo S and Cayenne Turbo S will develop up to 600 hp and more than 600 lb.-ft. (813 Nm) of torque.

The new engine includes a cylinder-deactivation system that closes down four cylinders between 950 and 3,500 rpm for a claimed 30% reduction in fuel economy. Porsche also says it has been engineered for use in hybrid applications, suggesting the new V-8 will be coupled with an electric motor in selected models for even higher levels of performance.

Porsche confirms the modular engine will be used in the Audi-developed MLB platform architecture as well as its own MSB platform – the former supporting front- and all-wheel drive and the latter rear- and all-wheel drive. In the MLB application it will be mated to an 8-speed automatic transmission, while the MSB will see it combined with a new 8-speed DCT.

The new Porsche-engineered V-8 is planned to power a wide range of models as part of a cost-cutting initiative aimed at amortizing engine development and production costs across VW Group’s premium- and luxury-car brands. Besides the new Porsche Panamera and Cayenne, it is also expected to see service in the Audi A6, A8, Q7 and Q8, Lamborghini Urus and Bentley Bentayga and Continental.