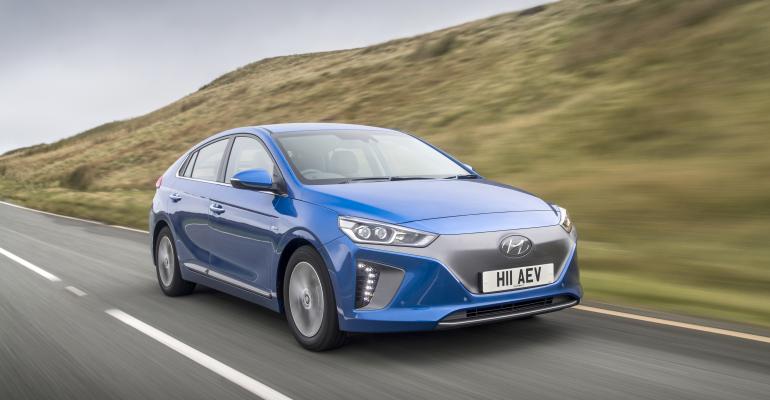 Hyundai joins Audi, BMW, Kia, Nissan, Renault, Toyota and Volkswagen in a consortium of vehicle manufacturers committed to raising public awareness of ultra-low-emissions cars and vans in the U.K.

The Korean automaker joins Audi, BMW, Kia, Nissan, Renault, Toyota and Volkswagen in the consortium of vehicle manufacturers committed to raising public awareness of ultra-low-emissions cars and vans in the U.K.

Ultra Go Low says Hyundai’s move reinforces the automotive industry’s direction of travel as the popularity of these vehicles continues to rise.

The launch of the Hyundai Ioniq hydrogen-fuel-cell vehicle means there now are more than 35 low- or zero-emissions plug-in models available in the U.K., four times the number on the market just five years ago.

More are set to be launched this year.

Electric-car sales in the region rose 29% last year to a record 36,907 units. Ultra Go Low says this raised the total number of EVs registered at the start of this year to 87,158 units and if this growth rate continues, it expects the total will top 100,000 well before midyear.

“We expect this year to be better still, with even more new electric vehicles coming to market,” Go Ultra Low Head Poppy Welch says in a statement.

“Hyundai joins the Go Ultra Low campaign at an exciting time for the electric car industry, as the variety and capabilities of ultra-low emission vehicles make them an increasingly attractive option for U.K. motorists.”

The Go Ultra Low campaign brings together a consortium of vehicle manufacturers, government and the Society of Motor Manufacturers and Traders. It provides information about owning and running electric vehicles, the makes and models available, and the locations of publicly accessible charge points.