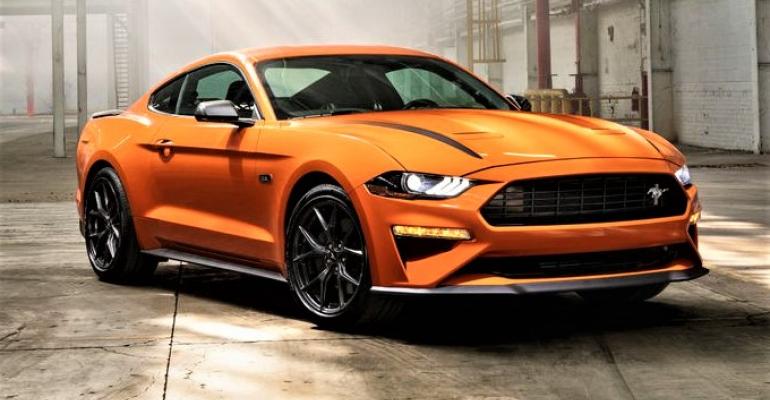 Some 90% of EcoBoost engines manufactured in Spain are shipped to North America to be installed in vehicles assembled in the U.S., Canada and Mexico. The switch raises questions about the future of engine production in Almussafes.

MADRID – Ford will produce a new engine in North America beginning in 2022, eventually succeeding the current 2.0L and 2.3L EcoBoost 4-cyl. engines built at Ford's Almussafes, Spain, facility and other plants around the world.

Some 90% of EcoBoost engines manufactured in Almussafes south of Valencia are shipped to North America to be installed in vehicles assembled in the U.S., Canada and Mexico. Ford will announce details about the new engine and the North American manufacturing location in the future.

The switch raises questions about the future of engine production at the 43-year-old plant in Almussafes. Ford says volume projections for engines currently built there remain strong, and that production will continue until at least 2024.

Union sources have expressed concern, as about 1,000 workers are involved in engine production.

Ford has made considerable investments in the engine plant in recent years and even received a subsidy from the regional government of Valencia in late 2018.

The engine plant is part of Ford’s larger operation at Almussafes, which employs 7,400 people. Besides assembling the Ford Kuga, Galaxy, S-MAX, Mondeo and Transit Connect, the complex began building batteries for the hybrid and plug-in hybrid versions of the Ford Kuga/Escape earlier this year.

The automaker will idle the complex for five days later this year to reduce production by 9,000 vehicles, to compensate for Brexit’s impact on European car sales. The action will not affect the engine plant.