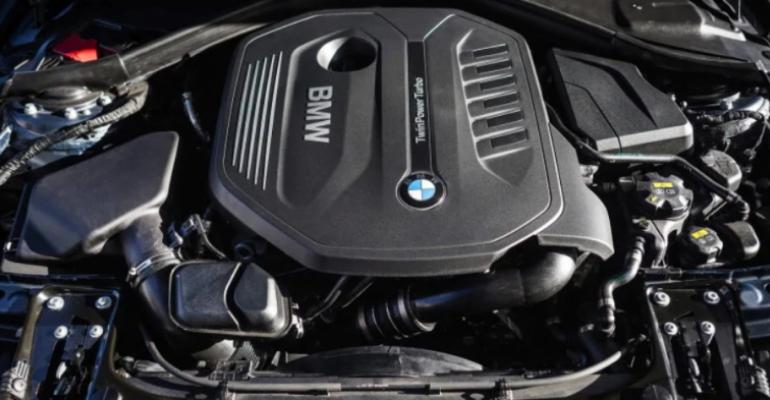 According to a WardsAuto source, BMW is to supply Jaguar Land Rover with internal-combustion engines, “both with and without electrically assisted hybrid functions.” JLR tells WardsAuto it has no plans to outsource the manufacture of its own Ingenium 4- and 6-cyl. engines.

The alliance between BMW and Jaguar Land Rover is set to be extended to include internal-combustion engines, a source with knowledge of recent high-level discussions between the two automakers has revealed.

In a move that would broaden the recently announced partnership between BMW and JLR beyond all-electric drivelines, the two companies are claimed to have agreed to terms for what is described as a “more far-reaching deal involving gasoline, diesel and hybridized drivelines” for a wide range of models.

According to a WardsAuto source, BMW is to supply Jaguar Land Rover with internal-combustion engines, “both with and without electrically assisted hybrid functions.”

The move is said to be aimed at allowing Jaguar Land Rover to reduce its on-going investment in gasoline, diesel and hybrid drivelines and instead focus its research and development spending on the electric drivelines in partnership with BMW.

For BMW the deal safeguards existing research and development, procurement and production operations by adding volume beyond its own brands, BMW, Mini and Rolls-Royce.

Jaguar Land Rover says it has invested £1billion ($1.25 billion) in its Engine Manufacturing Centre (EMC) northwest of Birmingham, U.K. as part of a strategy to bring powertrain expertise in-house.

“The EMC produces the Ingenium 6-cyl. petrol and 4-cyl. petrol and diesel engines for all Jaguar and Land Rover models. We have no plans to outsource the manufacture of these engines,” Joan Chesney, JLR corporate communications manager, says in an email to WardsAuto.

“The facility has also been confirmed as the home of our global Electric Drive Unit (EDU) production,” Chesney writes. “We have confirmed we are working with BMW on the joint development of next-generation EDUs for our future vehicles.”

So it’s unclear which BMW engines would be shared with JLR and which Jaguar or Land Rover vehicles would use them.

JLR’s interest in BMW engines is understood. The Bavarian automaker has earned 34 Wards 10 Best Engines trophies over the past 25 years – tied with Ford for the most wins. JLR has one award, for 2018, for the 2.0L Ingenium 2.0L turbo-4 in the Jaguar XF.

News of the powertrain deal being forged by BMW and JLR comes at a time when regulatory authorities in key global markets are raising emission standards with particular focus on carbon dioxide and nitrogen oxide levels to combat air pollution. This means automakers will need to raise the level of spending required to engineer petrol, diesel and hybrid drivelines.

By joining forces on both electric and internal-combustion drivelines, BMW and Jaguar Land Rover hope to reap the rewards of increased economies of scale while sharing development costs to remain competitive.

Last month, the two automakers announced they would jointly invest in research and development, engineering and procurement of drivelines for volume production electric vehicles.