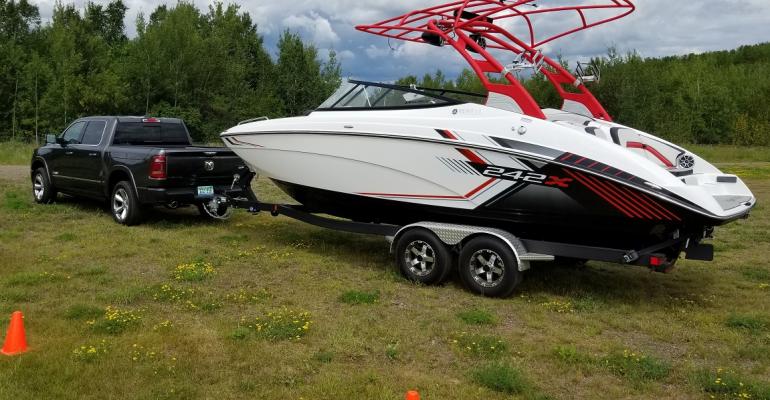 DULUTH, MN – When it goes on sale in the U.S. in the fourth quarter, the ’20 Ram 1500 fullsize pickup with a new third-generation 3.0L EcoDiesel V-6 designed and assembled in Italy will be priced to start at $36,890 in the 2-wheel-drive Tradesman Quad Cab.

Fiat Chrysler Automobiles has offered a 3.0L EcoDiesel since 2014, and that second-gen engine will remain in the market for at least a year, marketed as the Ram 1500 Classic.

But there were certain trim levels on which the diesel engine was not available. For ’20, the new third-gen EcoDiesel will be offered with every Ram 1500, including the trail-hungry Rebel.

As is the case with its competitors, the new Ram diesel engine is not cheap: a $4,995 stand-alone option, representing a $3,000 premium over the gasoline 5.7L Hemi V-8 with eTorque 48V stop/start system.

That pricing (plus $1,695 for destination and handling charges) matches the 3.0L PowerStroke diesel V-6 that has been recently available in the Ford F-150 and earned a 2019 Wards 10 Best Engines trophy.

Competitor General Motors is launching its 3.0L Duramax diesel inline 6-cyl. in the Chevy Silverado and GMC Sierra this summer, carrying a $3,890 premium over the Silverado’s 2.7L turbocharged gasoline 4-cyl. and a $2,495 premium over the 5.3L small-block gasoline V-8.

“When you order a Chevy, I believe you are also required to option up as well,” Koval says here at a media test drive of the ’20 Ram 1500 EcoDiesel.

“So that’s the base price for the engine, but then you have to click a couple boxes, which closes that gap,” Koval tells journalists.

FCA US does not yet have certification from the EPA and California Air Resources Board to sell the new EcoDiesel in the U.S., but company officials say they are confident certification will be secured in time for the fourth-quarter launch.

FCA US is not announcing fuel-economy numbers for the new Ram EcoDiesel until after certification is finalized. 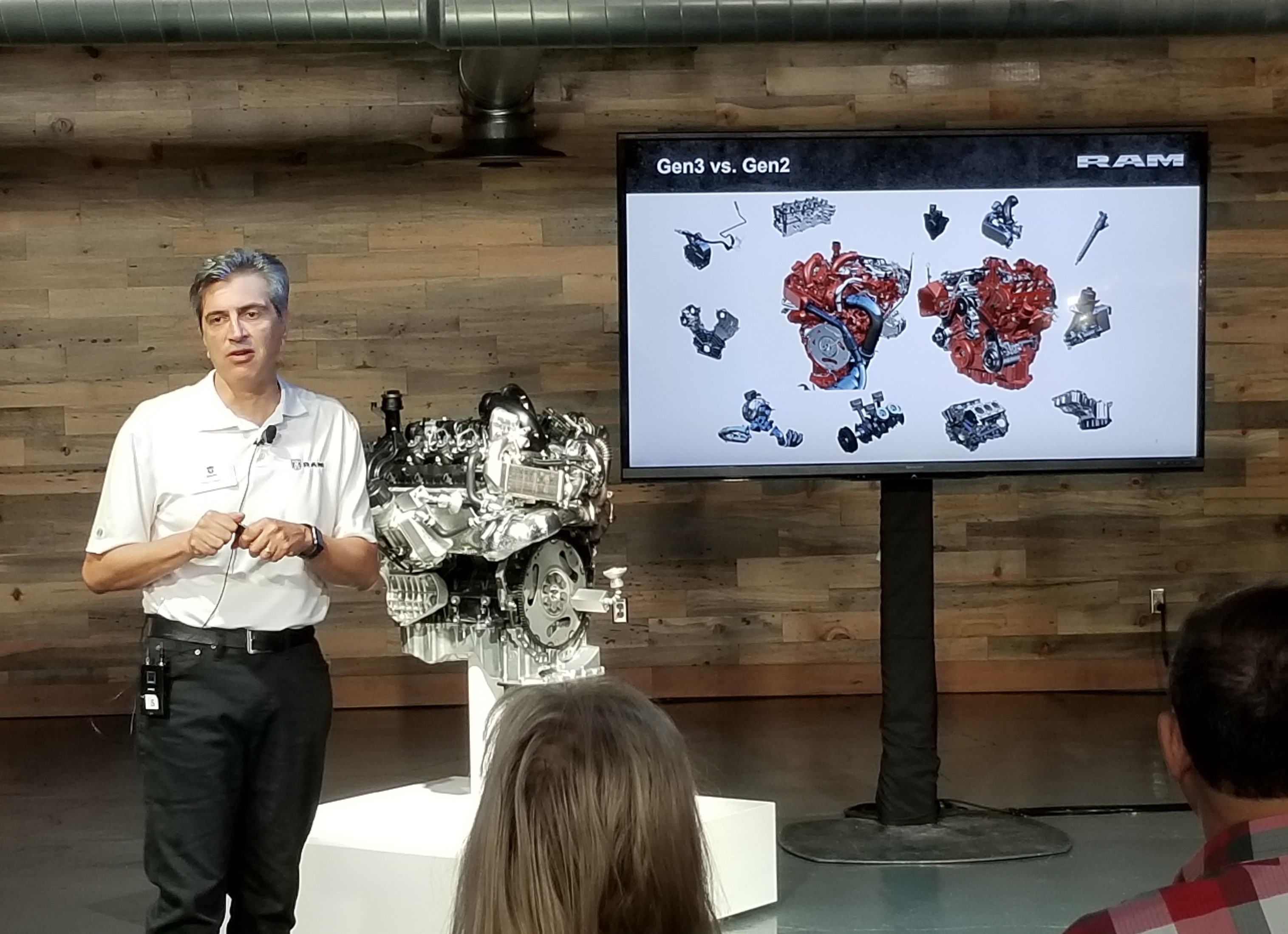 Sales for the previous-generation Ram EcoDiesel reached a peak take-rate of 15.0% in 2015 but then trailed off to 7.7% in 2018, according to Wards Intelligence data. Now marketed as the Ram 1500 Classic, the EcoDiesel take-rate was 3.0% through March of this year.

Like the engine it replaces, the block is cast with compacted graphite iron, but the new block is 15 lbs. (6.8 kg) lighter due to thinner walls and additional ribs and buttresses to provide more rigidity.

The EcoDiesel achieves peak torque at 1,600 rpm, 400 rpm earlier than the engine it replaces. The company says 80% of the engine’s content is all new. Changes include:

The ZF 8-speed automatic transmission carries over from the previous-generation diesel but has been recalibrated to shift earlier at lower rpm and to accommodate the additional torque.

At launch, the EcoDiesel will not be paired with FCA’s fuel-saving eTorque 48V stop/start system, but a powertrain executive says the two could be mated without technical difficulty.