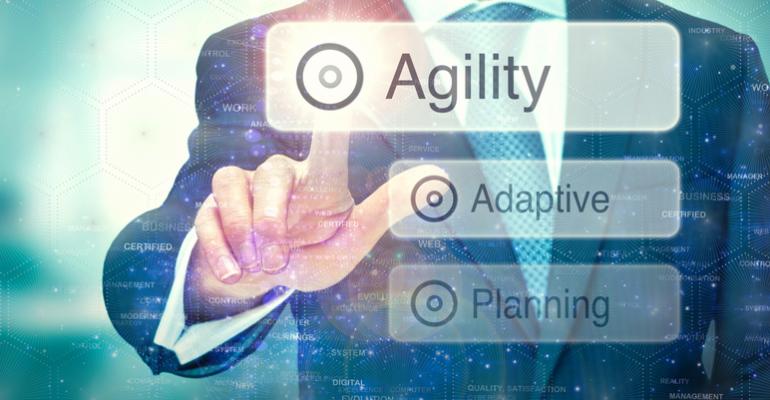 Getty Images
“Dealers figure it out” and come up with ways “to cater to customer needs,” Pordon says of doing business during a pandemic.
Dealers

“Dealers are like junkyard dogs if you will; they adapt to different environments,” says Anthony Pordon of the Penske Automotive Group.

Car dealers once again are living up to their reputation to adapt to different situations, as they change their business practices during the coronavirus crisis.

“Dealers are like junkyard dogs if you will; they adapt to different environments,” says Anthony Pordon, an executive vice president of the Bloomfield Hills, MI-based Penske Automotive Group, No.2 on the 2019 WardsAuto Megadealer 100 ranking with 345 stores and 574,000 new- and used-vehicle sales.

“Dealers figure it out” and come up with ways “to cater to customer needs,” he says of doing business at a time when dealership operations have been curtailed to varying degrees depending on individual state stay-at-home mandates.

"The role of the dealer is sometimes undervalued, but it is signficant," says Carla Bailo, president and CEO of the Center for Automotive Research.

Penske has heightened its focus on digital transactions that include online F&I, more photos on website vehicle detail pages and increased use of videos, Pordon says during a CAR webinar on COVID-19’s impact on auto retailing.

Penske service departments are open, but not the customer waiting rooms. For people bringing in their vehicle for repairs and maintenance, “we ask that you don’t stay at the dealership,” Pordon says. “We’ll greet you at the service drive, so you don’t have to go in.”

Dealers should stress to the public that they sanitize both cars and the dealerships themselves, he adds. “It enhances customer service. It shows we are taking steps. Get customers comfortable. Get the message out about the precautions you are taking.”

Many dealerships have reduced their business hours and operate by appointment only in states that allow consumers to purchase vehicles in person rather than strictly online, says webinar participant Patrick Manzi, senior economist for the National Automobile Dealers Assn.

“Dealerships have spread out the desks” and routinely sanitize the premises and the vehicles, he says. Transactions, using modern technology, often are paperless and touchless.

There have been layoffs as sales have dropped since the virus took hold. Some stores operate with skeleton crews. “Many dealerships rotate teams so if one group gets (affected by the virus) they still have the other group to work,” Manzi says.

He points to a surge in digital retailing, noting that NADA Chairman Rhett Ricart, a Columbus, OH, dealer, urges the trade group’s members to get up to speed there, if they aren’t already. “Online will play a key role going forward,” Manzi says.

Pordon adds: “Online auto retailing is not going backwards. This environment is teaching us that.”

NADA is predicting vehicle sales of 13.5 million this year compared to 17 million in pre-pandemic 2019. Manzi predicts sales won’t reach prior levels (five straight years of 17 million deliveries or more) until 2023 or 2024.

“The recovery will take a while,” Pordon says. “We see consumers adapting to changes and being more cautious. (Even after the virus crisis abates), “I don’t think they’ll resume their previous behavior.”

Accordingly, he wonders if ride- and car-sharing services will lose their popularity post-virus. “It could bode well for auto retailing” if people who frequently used Uber and Lyft decide personal vehicle ownership is safer.

There could be a “tremendous focus on personal vehicles,” says George Karolis, president of The Presidio, an investment bank that specializes in the selling and buying of dealerships.

“Will folks be comfortable being in a vehicle that they don’t know who was in before?” he says during the webinar.

Manzi adds: “There will be a need for inexpensive used vehicles for people who are leaving ride sharing.”