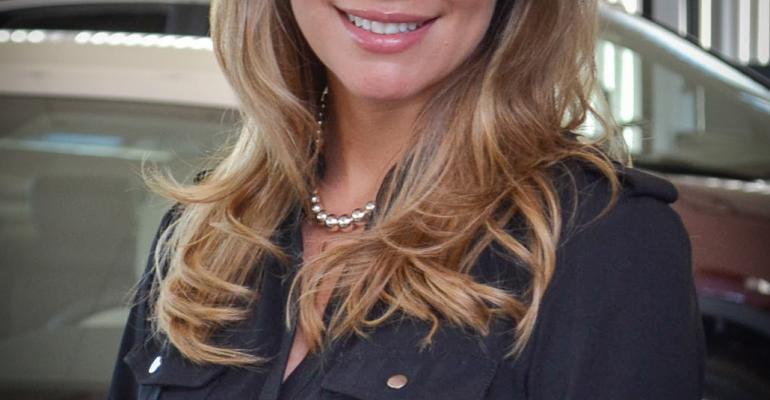 Now I Lay Me Down to Sleep – at the Car Dealership

Dinner conversation at her household centered on the family business, Jessica Germain recalls.

At 34, she is the oldest child of Steve Germain, president of Columbus,OH-based Germain Motor with 15 stores in five markets in Ohio, Michigan and Florida.

She’s part of the fourth generation of a family business that began in 1947 when her great grandfather, Warren F. Germain, Henry Ford’s personal accountant, was sent to Columbus to open a Mercury dealership.

She remembers as a child sleeping at a dealership on special occasions. Her father “took us in our PJs, and we slept upstairs while they were open all night,” says the dealership group’s current director-customer experience and associate engagement.

“When you grow up with that much exposure to one industry and being a family business, you’re kind of born with an inherent passion for it.”

Because she and her younger brothers worked for their father, family dinners tended towards shop talk. Jessica recalls her mom calling for a moratorium on that. “We’d be silent for about three minutes looking at each other and saying, ‘What do you want us to talk about?’”

Jessica has appeared in Germain TV commercials since she was three, and sold cars during high school, but when the time came for college and a career, she opted to follow a different path.

After receiving her undergraduate degree from the University of Michigan, she returned to Columbus and enrolled in law school at Capital University. She practiced business and corporate law with automotive clients between 2008 and 2010, and helped her father shutter the Chevrolet franchise that Germain lost during the General Motors  bankruptcy reorganization plan that slashed the automaker’s dealer count.

“We received a wind-down letter right after I passed the bar,” Jessica says. “Like many dealers, we were given no legitimate explanation. The rationale was non-existent. A lot of dealers petitioned to get their stores back and were successful, but we chose not to.”

Germain relocated the Chevy store’s 50 employees to other franchises.

While working on the Chevrolet wind-down, Jessica says she realized that she was drawn to the retail side of the business. “Not until you’re actually in the stores and you have a role and are making contributions that you decide you do or don’t have the passion for it,” she says. “I definitely decided that I do.”

In 2010, Jessica joined Germain, No.68 on the 2016 WardsAuto Megadealer 100 with sales of 30,414 vehicles and total revenue of $831.6 million. She initially replaced the general manager at Germain Honda of Dublin in an affluent Columbus suburb.

“It was like being thrown into the deep end with your eyes closed,” she says. “At the same time I started as general manager I enrolled in the NADA Dealer Academy where she was 2011 class president.

Video: Throughout her childhood and into adulthood, Jessica Germain has appeared in TV dealership ads. Here's a sampling,

The training and operational day-to-day experience helped, she says. “Sometimes the faster you’re put into to something, the faster you learn.”

She thanked her instructors in video posted on YouTube. An excerpt: “Although you may have gotten many hours of blank stares, we truly did learn a lot.”

Being the Daughter of the Boss

Being the boss’s daughter can strain relationships in any organization, but Jessica says she made it a point to value her employees’ experience and to learn from them.

“I found them to be my best source of information,” she says. “I took the time to sit with each employee over a 4-month period and asked them to tell me what they do.

“The response was overwhelmingly positive. I made them feel as if they weren’t being evaluated, but I really did have a curiosity to understand their roles and responsibilities.”  Understanding a dealership’s needs and responsibilities is one thing, developing staff relationships is another, she says, emphasizing the importance of “learning what motivates your people.”

Her management skills were tested in 2011, her first full year at Honda of Dublin, when a major tsunami shut down auto assembly and parts plants in Japan.  “We went from about 300 or 400 cars in inventory to about 16.”

Arriving at the best outcomes, especially for managed growth, requires strategizing, analyzing risk and collaborating, she says. “Lots of brains are better than one. Whenever I had ideas or wanted to try something, I’d share it with people I trusted and respected, and really listened to their feedback. I tried to think through all the scenarios that would happen to see if we had a solution or if it was potentially problematic.”

A proud accomplishment as dealership general manager was the creation of a dedicated new-car delivery lane. Sophisticated features in today’s vehicles can be lost on customers who may only use a fraction of a feature’s capabilities. Honda of Dublin’s so-called delivery lane offers customers vehicle “tech support.”

“I felt if customers could better understand and use their vehicles, they would see the value in what they had just purchased and they would want that feature in their next car,” she says. “We have customers who have not purchased their Honda from us use our delivery lane. Sometimes other dealers recommend us.”

In her current role, Jessica has instituted associate-engagement surveys to understand the needs and desires of the group’s employees. “We are on our third annual survey,” she says. “Two years ago we noticed a trend in the comments that the associates were craving more communication among the organization. They care about the store and the parent company. If we are acquiring a new store, they want to know about it.”

The latest issue of Germain Automotive News contains a message from Steve Germain, an explanation of benefit open enrollment, employee recognitions, CSI scores for all 15 stores and a recap of first quarter financials including total unit sales (5,518 vs. 5,497 last year), new-car sales (down 2%), used-car sales (up 4%) and parts gross revenue (up 13%).

Germain hired Dave Anderson to run semi-annual seminars for department heads. He talks about responsibility, accountability and “how to live out our core values,” Jessica says.

Although auto retailing tends to be male-dominated, Jessica Germain believes other women can find satisfaction and success working in a dealership.

“It’s a people industry, and women are inherently good at being compassionate, understanding and good listeners.”