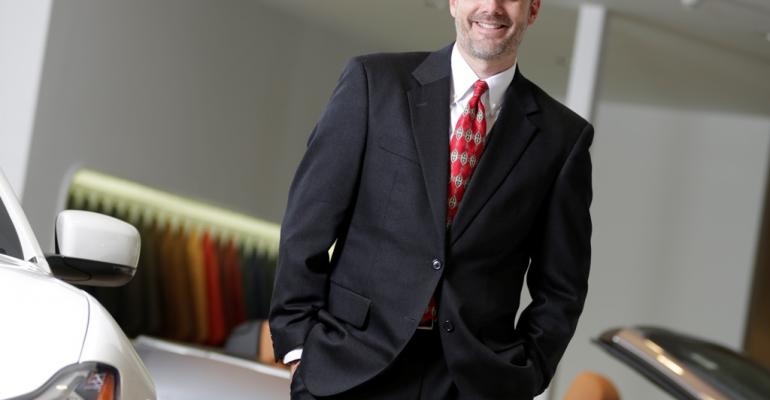 <p><strong>Mark Wilde sold his first car before he could drive.</strong></p>
Dealers

Dealer Knows When to Hold, Fold

The musical maxim sung by Kenny Rogers, “You’ve got to know when to hold ’em, know when to fold ’em,” can be applied to the Wilde Automotive Family.

The dealership group was started by Harold Wilde, who opened a 2-man used car store in Muskegon, MI, in 1945 after serving as a World War II pilot.

“My dad was always passionate about cars; his older brother raced them,” says Mark Wilde, Harold’s son and president of the dealership group. “It was a logical step for him to choose the car business when he got out of the war. He brought me up in the business.”

The younger Wilde bought, refurbished, and sold his first car, a 1977 Pontiac Skybird, before he could drive.

“Dad’s dynamic duo bought the vehicles, fixed them, sold them, and did the delivery paperwork themselves,” Mark Wilde says. “His first new-car franchise was a Lincoln dealership in Muskegon in the early ’60s. He sold it in 1966 and purchased a Pontiac dealership in the Milwaukee market. He expanded from there.”

That expansion continued until the group had accumulated 21 franchises by the time Harold died in 1998.

“That year was a transition between my father and me,” Mark Wilde says. “He was into growing and expanding and buying anything that was available. From our experience together, after I joined him, I realized that sometimes it’s better to sell something.

“We believed, and were actually able to prove it, that if we spent 80% of our time on the stuff we were already really good at, we could get great at it. That’s how we’ve really grown our stores in volume and profitability, and became a larger dealer group (by sales volume) than we were when we had 21 franchises.”

The Waukesha, WI-based organization ranks No.75 on the WardsAuto Megadealer 100.

If an opportunity to expand arises, Wilde does an exhaustive analysis of the potential deal.

“We are very strategic in our planning,” Mark Wilde says. “We only want to do things that we are confident that we can be very, very good at. We weigh every opportunity and we pass on a lot of them if it’s something we feel we can’t truly excel at.”

The business plan stars aligned when the possibility of a Maserati franchise presented itself to Wilde in 2012. Maserati, which boasts an expanded lineup including the new Levante SUV ($72,000 base price) that goes on sale this summer, complements Sarasota’s swanky shops and gleaming yachts.

Nearby Longboat Key’s 34228 ZIP Code is the wealthiest in the Tampa Bay region, with a median net worth of $500,000 and median household income of $104,489, according to the Tampa Bay Business Journal.

“Maserati is an expensive product, an exotic product, something different for this market,” Wilde says. “There had never been a Maserati store here, so it was an open point. We felt that with our Lexus and Jaguar clients, many of whom had a second car higher up the exotic chain, and our reputation around town, adding Maserati to the fold was definitely going to be a bonus.”

Wilde admits landing the Maserati franchise required a bit of convincing. The brand is part of Fiat Chrysler Automobiles.

“I did chase them,” he recalls. “I had to make a number of phone calls to get to the right people, but I eventually was able to make a proposal. They had told me that they were not planning on the Sarasota market for a few years, but I convinced them to do it in about seven months.”

Wilde says to win over Maserati he explained his group’s successful business model that is based on four core values: integrity (“We will be honest and always do the right thing regardless of time or cost”), service (“To customers, employees, and the company”), growth (business and personal), and fun (“Have a great attitude while maintaining professionalism”).

“When Maserati visited us, we ran them through our processes and gave them all our information,” he says. “We took them through the entire dealership campus, showed them our processes, talked about our philosophy and how we take care of customers. They gave us the franchise and never asked us to do anything other than what we already do.”

Wilde Maserati is next to the group’s Jaguar store that had been a Smart dealership. The Maserati store has sold 304 units since 2012. The luxury automaker expects the new SUV will boost sales.

Wilde says the group’s success depends on its employees, some of whom have been with the organization for nearly 40 years.

Their pay structure is based on net in order to foster an ownership mentality with the management team, Wilde says. “They’re responsible for the expenses as well as the gross.

“Just as what the dealership makes dictates what I make, we want the employees to feel the same way – that as the dealership succeeds, they make more money. My father put that in place years ago and we’ve always subscribed to it.”

Wilde uses a combination of print, radio and television ads, as well as social media, to reach customers in its markets Florida and Wisconsin.

“We believe in keeping our website and digital presence state-of-the-art and relevant,” Wilde says. “That said, we’re careful not to chase the latest and greatest technological solutions without analyzing their efficacy and value – and whether they serve our needs. Our customers’ desires are constantly changing and we’re constantly evolving to keep up.”

All marketing and advertising is handled by Wilde Productions, an in-house agency.

“I started working at Wilde Productions in 1999 and I took over the business in 2005,” says Tracie Pierce, Mark Wilde’s sister.

“I was aghast at the disconnect,” she says. “Different stores were paying different rates and the brand identities were different. When I started in Sarasota, the newspaper didn’t even know the dealerships had the same owner. We upgraded our software, got everything on computers, and really fine-tuned the operation. We just weren’t taking advantage of the things we should have.”

The 5-person shop creates all of the group’s advertising and marketing, including events, blogs and reputation management. It has expanded its client base to include real estate, resort hospitality, non-profit, financial, education, golf tournaments and corporate sponsorships.

Wilde says of his sister, “She’s truly always looking out for our best interests.”