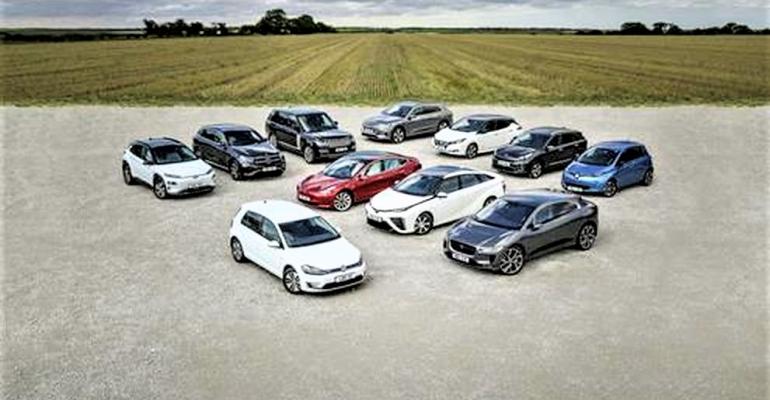 Asked what factors would improve the likelihood of their purchasing an EV, 45% of respondents to the Go Ultra Low survey cited improved charging infrastructure.

The U.K.’s Go Ultra Low organization says 69% of people expect “electric cars” to be referred to simply as “cars” by 2030.

Research by the joint government and industry campaign to promote the uptake of electric vehicles looked at the normalization process of the new technology.

It finds the two main factors driving a change in the way EVs are perceived as people seeing their family and friends driving them (33%), and being more visible on the road (49%).

This comes as U.K. registrations for battery-electric vehicles hit a record, with a 93.1% increase in year-to-date registrations compared with a year earlier.

Asked what factors would improve the likelihood of their purchasing an EV, 45% of respondents cited improved charging infrastructure.

The U.K. currently has more than 25,000 connectors at more than 9,500 locations, with more than 500 new devices installed since early August.

The government recently announced a £70 million investment in the region’s rapid-charge network, increasing the number of fast chargers from 2,100 to more than 5,000.

Meanwhile, 25% of those surveyed said a wider variety of models would make them more likely to consider buying an EV.

The research found that, on average, people believed only 15 models were available. However, there are 24 fully electric and hydrogen models and 27 plug-in hybrids available to buy, with this number set to double over the next 12 months.

Go Ultra Low says because of investment by industry and support from government, electrified-vehicle prices are set to be comparable to their gasoline and diesel counterparts by the mid-2020s.

Go Ultra Low spokesman Ben Fogle says it’s encouraging to see that people expect EVs to be the norm in just over a decade.

“Our research shows that as we become more aware of the benefits of owning an electric car, the choice of models available and the rapidly growing charging infrastructure, people are more likely to consider going green and buy an EV,” he says in a statement.

Business Minister Nadhim Zahawi says the potential of the EV market for the UK car industry and wider economy is huge. “We are committed to achieving our aim for all new cars and vans to be effectively zero emission by 2040,” he says.