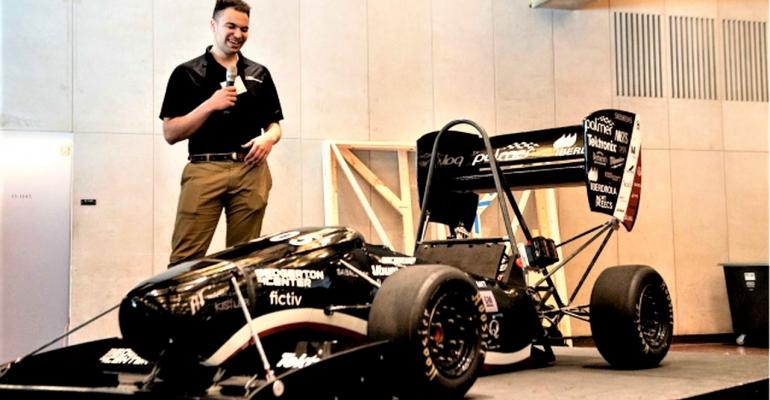 A color change and, more importantly, a switch to all-wheel drive in the search for speed is debuted as the electric-vehicle wizards of Massachusetts Institute of Technology unveil their 2019 electric race car.

“We can deliver more power to the ground and the car will be faster,” Noel says in a statement.

A redesign of the 9.1-kWh battery pack switches from forced-air cooling with fans to water cooling by pumping water through the modules.

The team also has developed control systems for the open-wheeled electric racecar, including power limiting, launch control and torque vectoring.

The Collegiate Design Series has attracted the maximum 30 entries with seven teams on a waitlist.

The event takes students beyond textbook theory by having them design, build and test the performance of a real vehicle and then compete against other students.

Last year’s event was won by the University of Pennsylvania, with MIT finishing 10th.  A year earlier, MIT was second to Penn State.