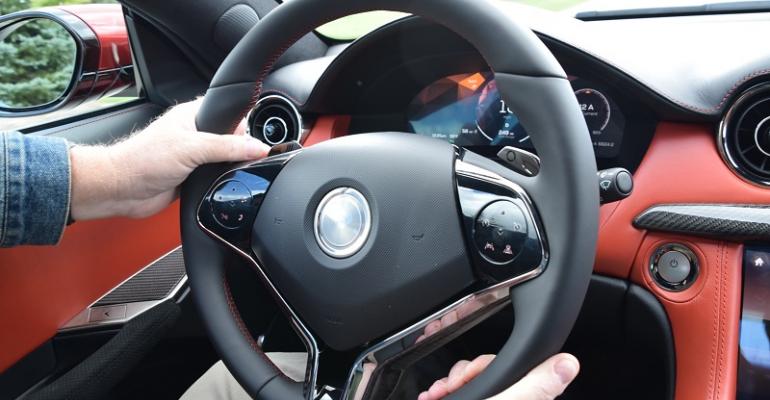 Sources tell Wards recent leadership changes, on top of an alleged pullback in funding from parent Wanxiang Group, has shaken the company internally, while it is rumored Karma loses about $50,000 on every sale of the $135,000 Revero GT.

Technology company and electrified-vehicle maker Karma Automotive continues to build out its unique business strategy, which focuses on diversified revenue streams, ramps up the launch of its sleek new Karma Revero GT and enjoys the deep-pocketed ownership of China’s largest parts supplier.

But like fellow start-ups such as Tesla, NIO, Byton and Faraday Future, the Irvine, CA-based Karma appears to be experiencing the same growing pains as its rivals.

Sources tell Wards recent leadership changes, including the sudden departure of president and chief operating officer Dennis Dougherty earlier this year and the resignation two weeks ago of chief technical officer Bob Kruse, on top of an alleged pullback in funding from parent Wanxiang Group, has shaken the company.

Karma also recently has slashed both purchasing and manufacturing staff, casting doubt on future product programs still set to be announced next month. Half of the company’s estimated 400 engineering and support staff also could be on the chopping block, sources say.

Karma additionally is plagued by parts shortages and unpaid suppliers, as well as suppliers that no longer work with the company, sources say. It is rumored Karma loses about $50,000 on every sale of the $135,000 Revero GT plug-in hybrid and company morale is suffering.

However, start-ups are no strangers to executive shakeups, financial pressures or heightened employee anxiety, especially in the capital-intensive automotive industry and sometimes ruthless Silicon Valley. Profitability for makers of EVs and plug-in hybrids has proved elusive, even for traditional automakers such as General Motors. The Detroit automaker’s Chevy Bolt EV reportedly loses between $8,000 and $9,000 on every unit sold.

For companies such as Karma, which exclusively builds electrified vehicles, profitability is a long-term strategy in a global market where EVs and PHEVs account for a tiny, although expanding, share of annual sales. Battery-electric vehicles and PHEVs drew 1.98 million buyers globally last year, or 2.4% of total sales, according to Wards Intelligence. China claims half that total.

Hangzhou, Zhejiang-based Wanxiang throttling back its funding to Karma, which it wholly owns, would deepen an already thick slog to success. According to sources, the multinational heavyweight has trimmed funding to Karma from $400 million annually to $100 million. Wanxiang dialed back its support due to skepticism about the company’s prospects and an ongoing trade war between the U.S. and China making it difficult to effectively fund the start-up, Wards is told.

A top executive at Wanxiang North America tells Wards, “Business is as normal.”

But the rumor comes as Chinese investment in EVs is declining, a development that could be a bellwether more broadly.

China’s government subsidies were pulled back sharply this year, and previously robust investments by venture capitalists in the country’s new-energy vehicle segment through the first three quarters of 2019 fell 58% to $3.1 billion compared with the same period in 2018, according to Pitchbook.

British technology company Dyson grounded its EV ambitions earlier this month, saying it determined the niche-market car it developed was not commercially viable to warrant a planned £2 billion ($2.6 billion) investment to build.

Wanxiang bought Karma Automotive in 2014 for $149.2 million out of the bankruptcy of Fisker Automotive, which was founded by noted automotive designer Henrik Fisker but went belly-up when its sole battery supplier A123 Systems nosedived just a year after deliveries began of the Fisker Karma plug-in hybrid.

Wanxiang also scooped up A123 Systems in the fire sale to bolster its EV battery-making operations, and it built out for the rebranded Karma a seasoned leadership team, including longtime GM executives Dougherty and Kruse.

Wanxiang upgraded Fisker’s original execution of the Fisker Karma, tooled up a $100 million manufacturing facility in Moreno Valley, CA, and relaunched it as the $130,000 Karma Revero in 2016. 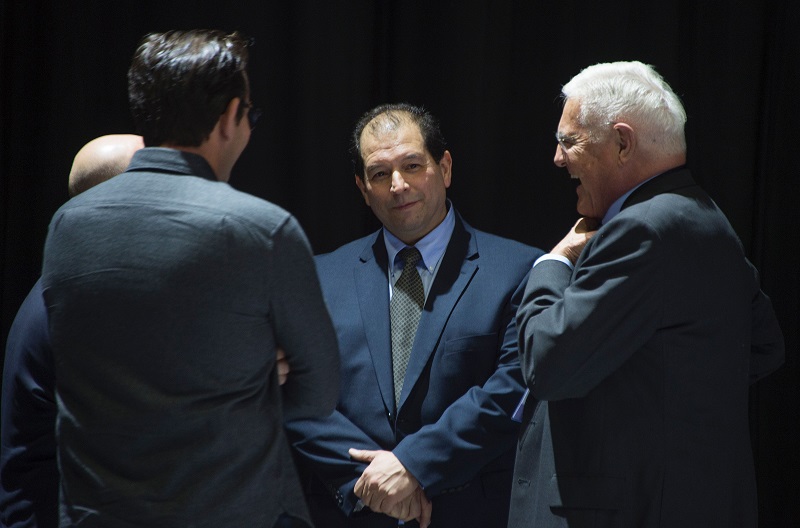 The vision is for Karma to make and market its own vehicles, as well as sell its intellectual property to others, and run an in-house technology arm to feed Karma Automotive and a venture capital unit to fund outside innovation. The relatively unique, 4-plus-1 strategy is intended to eliminate the profit desert of a traditional single-revenue-stream retail model.

A Karma spokesman says the company has no official statement regarding the executive churn or allegedly reduced investment from Wanxiang.

Barthmuss also reiterates the company’s confidence in the 4-plus-1 plan and says recent investments in a new dynamometer laboratory and design center at its headquarters underscore its financial flexibility.

Those two projects represent a $10 million investment. The company also just opened its technology innovation center in Silicon Valley, where it will house a group of engineers and business strategists focused on growing partnerships to support and shorten the company’s product development process.

Sources tell Wards the appointment of Villarreal and less day-to-day involvement by Karma CEO Lance Zhou, a former Daimler executive, has led to friction in the upper ranks of the company.

“Villarreal has become the de facto president and CEO and is cutting the company down,” one source tells Wards. “The majority of employees are spending their time looking for other jobs while awaiting a layoff notice.”

In addition to the Revero GT, Karma is scheduled to reveal a higher-trim-level Karma Revero GTS at next month’s Los Angeles auto show and sometime later will offer additional details of e-Klipse. A second manufacturing site also has been in Karma’s plan, likely in China, and there has been talk of an initial public offering.

Wanxiang founder Lu Guanqiu famously stated his intentions for Karma soon after buying it out of bankruptcy, telling the South China Morning Post he would stake his company on Karma’s success in the U.S. “If I don’t succeed, my son will continue with it. If he doesn’t make it, my grandson will.” 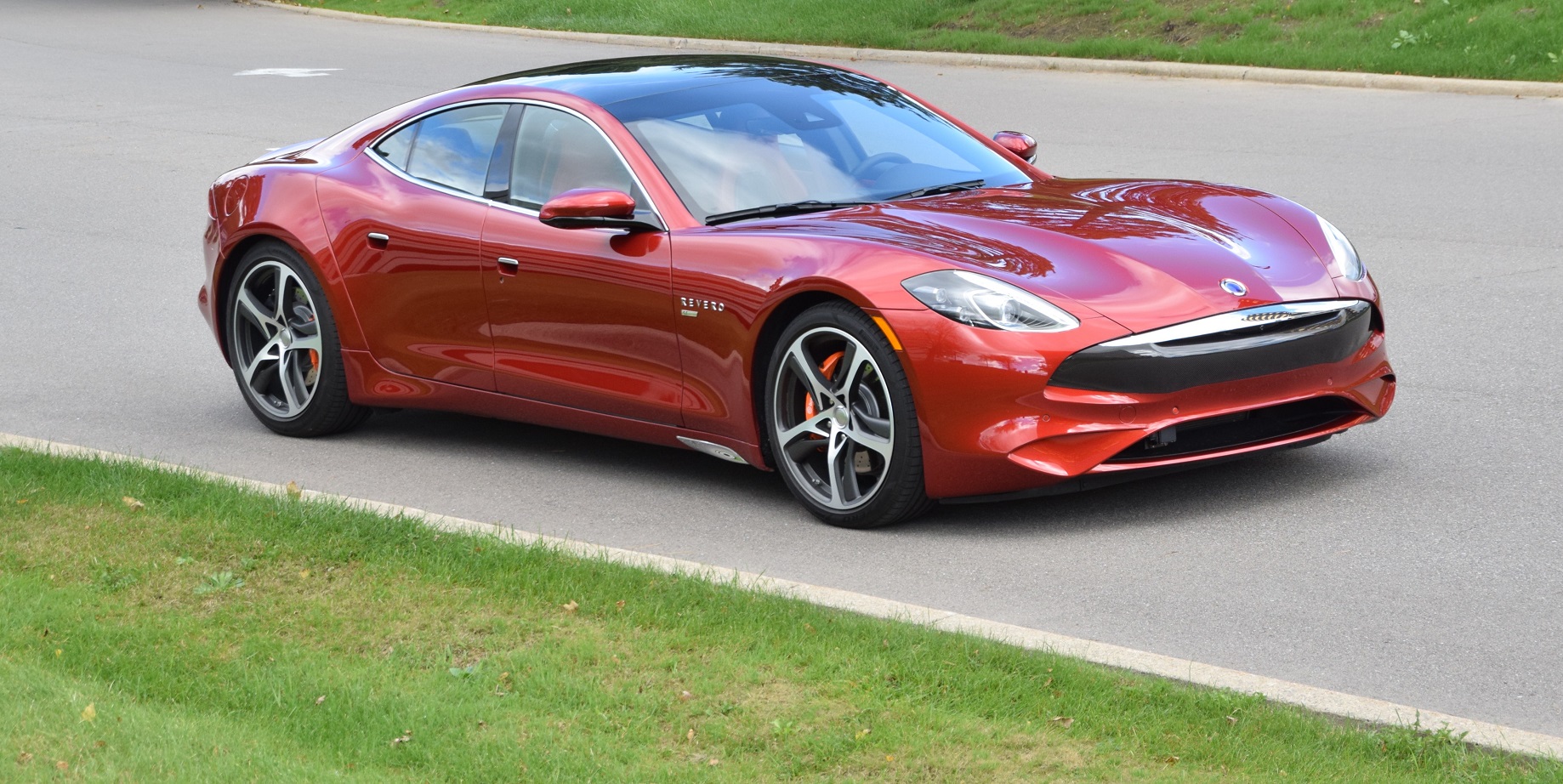