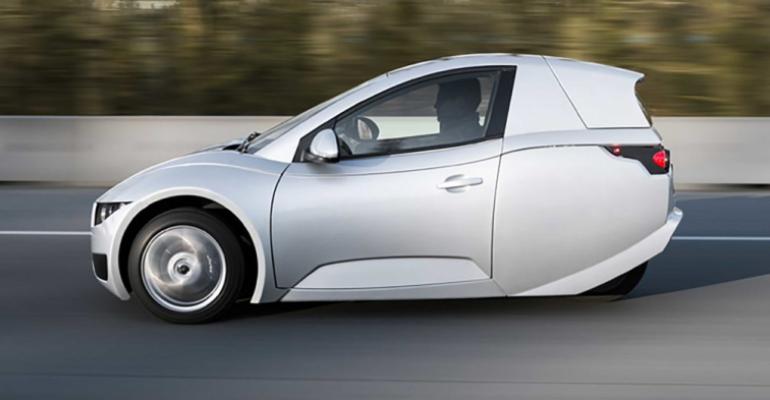 Vancouver-based Electra Meccanica has begun building the Solo, a single-passenger EV retailing for C$19,888 ($15,500), at its Zongshen Solo EV production facility in Chongquing.

Electra Meccanica says the Solo has a 100-mile (160-km) range, cruises at highway speeds and can charge on a regular household 110V socket in less than six hours.

It expects to produce about 50 Solo EVs in China in the quarter ended March 31, then ramp up production to deliver 5,000 units by year’s end.

“We remain confident in our ability to deliver the first 5,000 Solo EVs in 2019 to our earliest supporters,” Kroll says in a statement.

Along with the Solo EV, Electra Meccanica has developed the Tofino, a high-performance electric 2-seat roadster sports car.