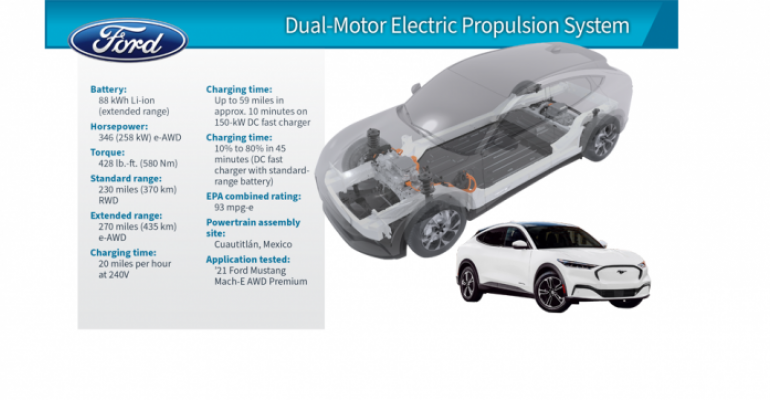 Go ahead, mash the accelerator in the Mach-E, a 2021 Wards 10 Best Engines & Propulsion System winner. You’ll be glad there’s a head restraint to prevent whiplash. And did we mention how the Mach-E is outselling several midsize luxury rivals powered by gas engines?

The 2021 Wards 10 Best Engines & Propulsion Systems are being revealed in random, non-alphabetical order. This is the 10th and final winner profile.

We could debate all day long about Ford’s Mach-E battery-electric vehicle and whether it should bare the Mustang name and emblem.

You might argue the backseat is too roomy – more urgently, there’s no gasoline engine under the hood! – and that it lacks the gritty soul to carry the Mustang mantle.

But spend a few minutes behind the wheel of this all-electric 5-seat neck-snapper and it’s not difficult to understand Executive Chairman Bill Ford Jr.’s insistence after an extended test drive that it be called a Mustang – bearing in mind his love for the 5.0L V-8 in the Mustang GT.

For its exhilarating drive experience (and starting price of $35,395 after federal tax credit) while not burning a drop of gasoline, the Mach-E charges its way onto the 2021 Wards 10 Best Engines & Propulsion Systems list.

The midrange thrust of the Mach-E is best experienced in person because words are probably insufficient.

Cruise along on the highway at 65 mph (105 km/h) and, after checking for the po-po, go ahead, mash the accelerator. Whether you’re in Whisper, Engage or Unbridled drive modes, you’ll immediately be glad there’s a head restraint to prevent whiplash, and nearby vehicles soon will be in your wake. The accelerator is as sensitive as skin to a razor blade.

Schweinsberg was extremely impressed with the Mach-E’s range retention. “I traveled 57 miles (92 km) but only used 47 miles (76 km) of range – and it was cold, in the 40s and 50s,” she writes. “Even when I was driving aggressively it seemed like I spent fewer miles than I would have in most other EVs.”

The drivetrain comes in rear-wheel and electronic all-wheel drive (a single motor mounted in back for RWD, while a second motor is added to the front axle for AWD), as well as with standard- and extended-range battery packs.

The Mach-E doesn’t have to be driven hard – it’s a perfectly fine daily driver well suited for conservative-minded shoppers contemplating a battery-electric.

And if you really pine for the sound of a gasoline V-8 you can turn on a system that replicates it inside the Mach-E. Some might call it hokey, but some of our judges thought the sound could be dialed up to be a bit more aggressive.

I tend to think the simulated combustion sound is a subtle way to help us psychologically transition from combustion engines to BEVs.

“Ford has done a terrific job of creating a fast and fun EV without being a Tesla knockoff,” judge Drew Winter writes on his scoresheet. “The car offers all the cool features of an advanced EV without the Tech Bro baggage.”

Critics might say BEVs shouldn’t be taken seriously until they sell in greater numbers.

In the case of the Mach-E, which is classified by Wards Intelligence segmentation as a midsize luxury CUV, it logged 12,975 sales through July, outselling the Alfa Romeo Stelvio, BMW X4, BMW X6, Jaguar F-Pace, Lincoln Nautilus, Porsche Cayenne and Porsche Macan.

Oh, and did we mention all those rival vehicles run on gasoline? 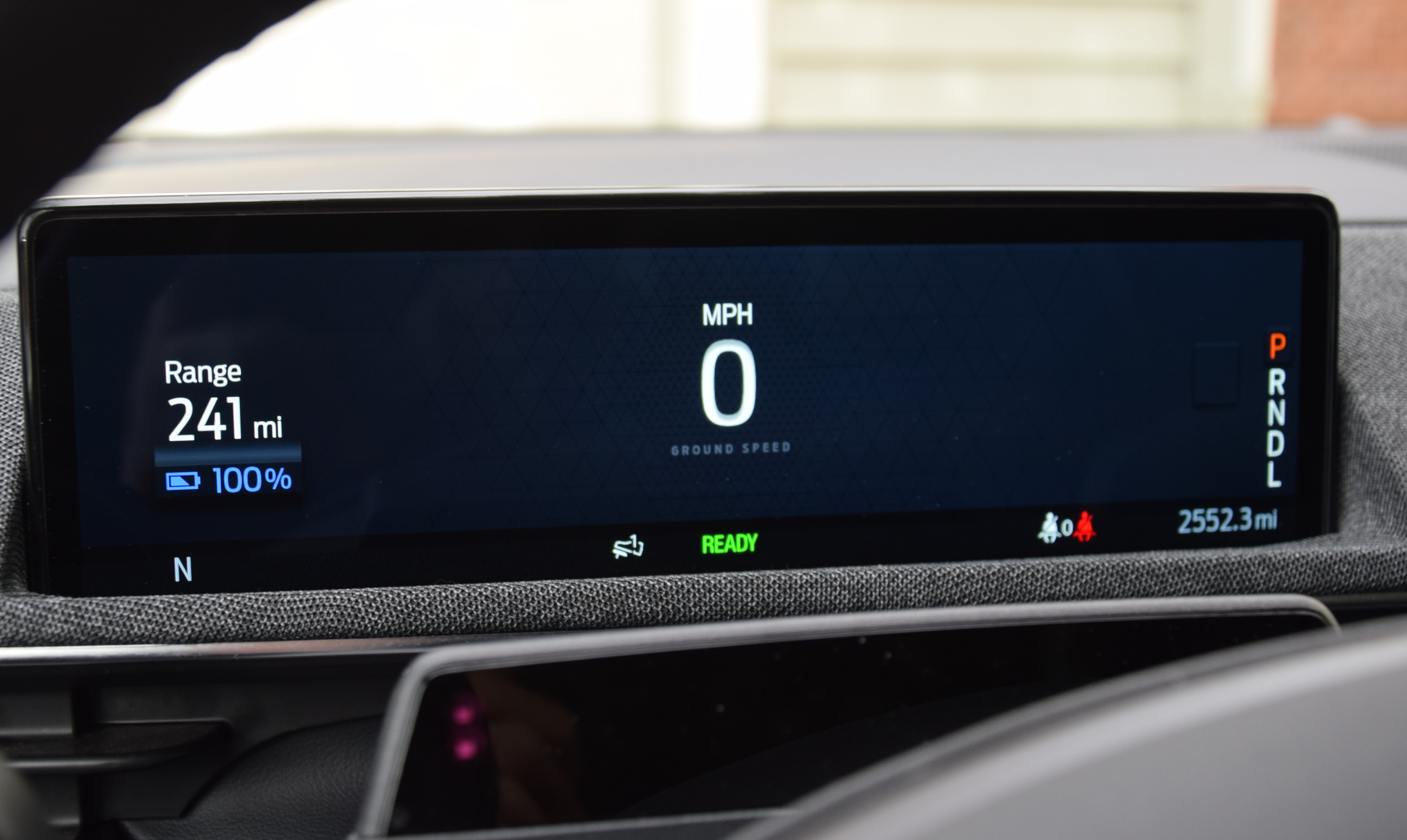