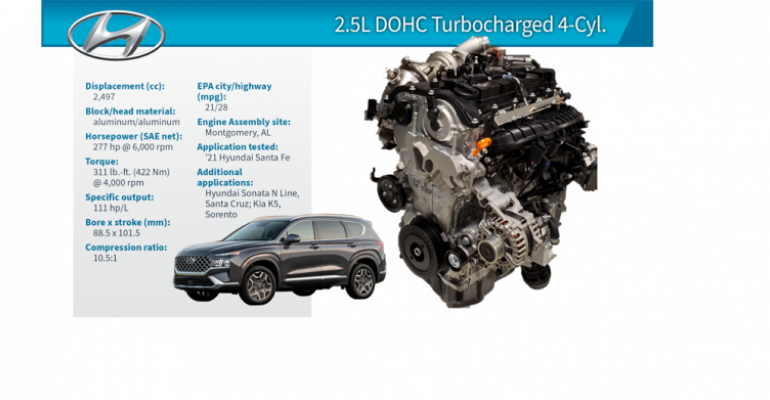 The Korean automaker’s 277-hp powerplant reminds us how satisfying state-of-the-art internal-combustion engines can be.

The 2021 Wards 10 Best Engines & Propulsion Systems are being revealed in random, non-alphabetical order one per day until September 24. This is the fifth winner profile.

In a year when several all-new battery-electric vehicles were angling for recognition on the 2021 Wards 10 Best Engines & Propulsion Systems list, Hyundai reminds us how satisfying state-of-the-art internal-combustion engines can be.

Impressing us with its quickness, refinement and overall value equation is the 277-hp 2.5L turbocharged 4-cyl. in the ’22 Hyundai Santa Fe, a winner in this year’s competition.

The midsize CUV’s powertrain, all-new for 2021, comprises a direct-injected I-4 with 8-speed dual-clutch transmission churning out 311 lb.-ft. (422 Nm) of torque. It’s 18% more powerful than the 2.0L turbo-4 it replaces. The 2.5L is standard on the top two of four trim levels, Limited and Calligraphy.

“Nice match to vehicle,” judge Dave Zoia says on his scoresheet of the Santa Fe’s engine. “Plenty of pop.”

Adds judge Drew Winter: “I found this shockingly peppy for a middle-of-the road CUV, especially in sport mode. No wonder, it’s got 50 more hp than the last time I drove it. In a segment that leans heavily on practicality and similar specs, this engine helps the Santa Fe stand out in the crowd.”

The gasoline Santa Fe (pictured below) is produced at Hyundai Motor Mfg. Alabama. Hyundai has rolled out a hybrid-electric Santa Fe, and a plug-in hybrid is due out later this year.

But the conventionally powered Santa Fe shows combustion-engine technology is alive and well and can compete with the world’s best powertrains, of all types. 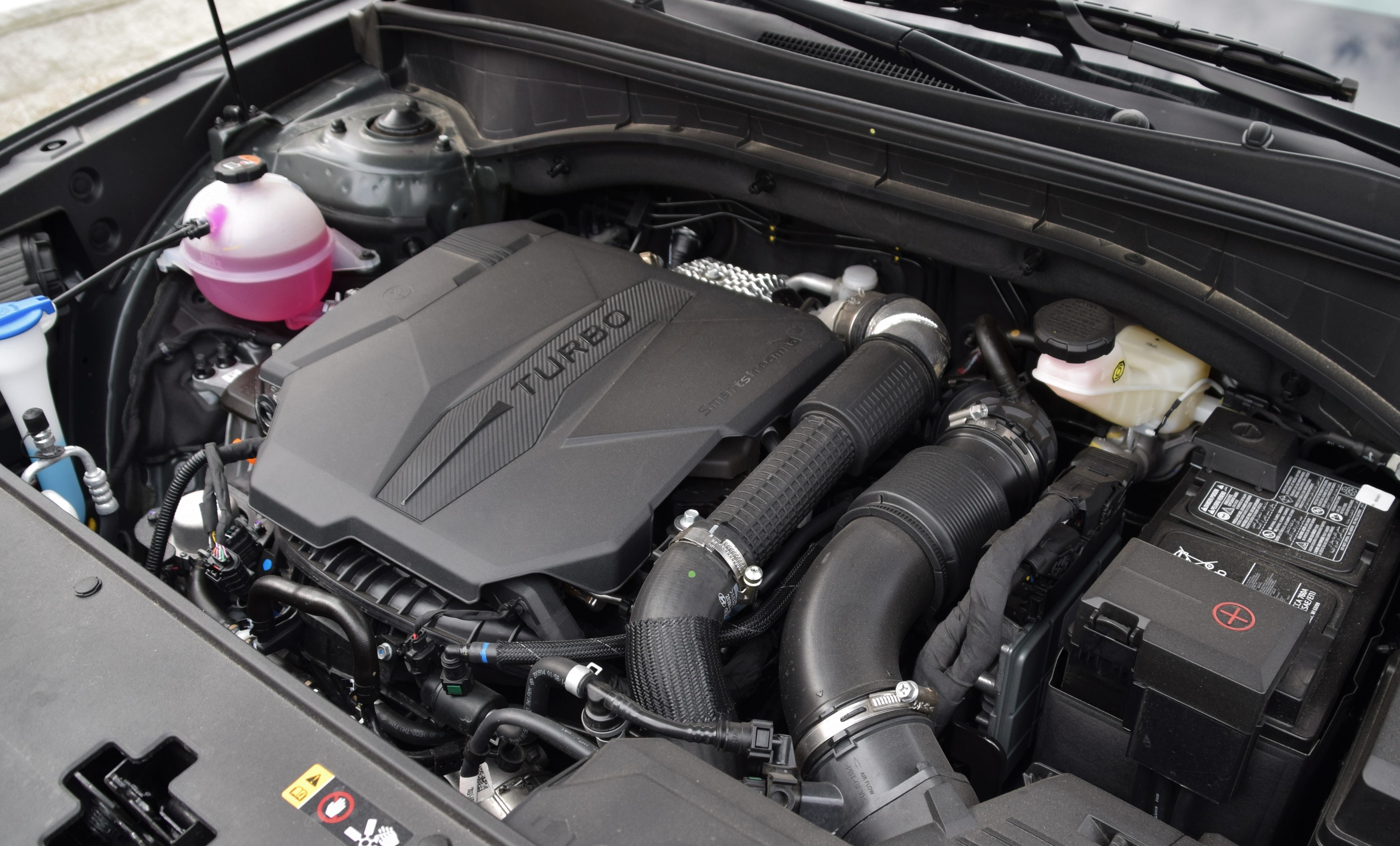