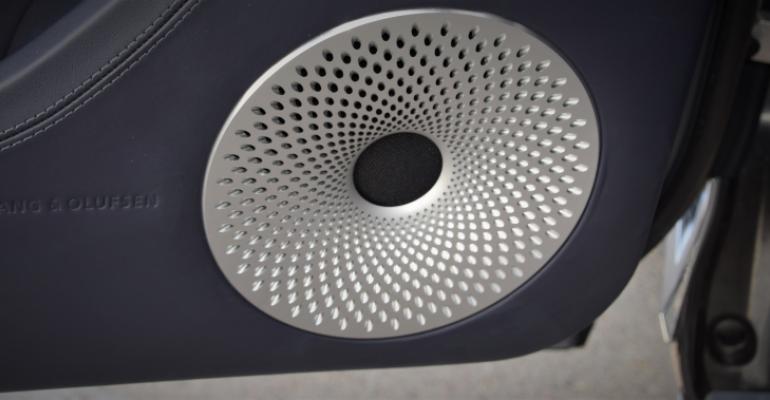 From Bentley to Kia, Lexus to Hyundai, speaker grilles go from blah to bling and become a focus in vehicle interior design.

Every year during Wards 10 Best Interiors testing we stumble upon a few key design trends.

This year, one of the most prevalent our judges noted was speaker grilles that offer decorative patterns beyond typical evenly spaced round holes or a screen-like mesh.

This trend was seen in vehicles as diverse as the Kia Forte mass-market compact sedan, Toyota RAV4 midsize CUV, the BMW 330i and Lexus ES 350 luxury sedans, and the ultra-luxe Bentley Continental GT.

The Forte’s speaker grille (pic below) has round holes arranged in a concentric pattern, which at first glance isn’t so unusual. But what is more atypical is that the design changes to a starburst and migrates off the grille and onto the hard-plastic lower door panel, distracting from (and disguising) what is usually an unattractive area in relatively inexpensive vehicles’ interiors. 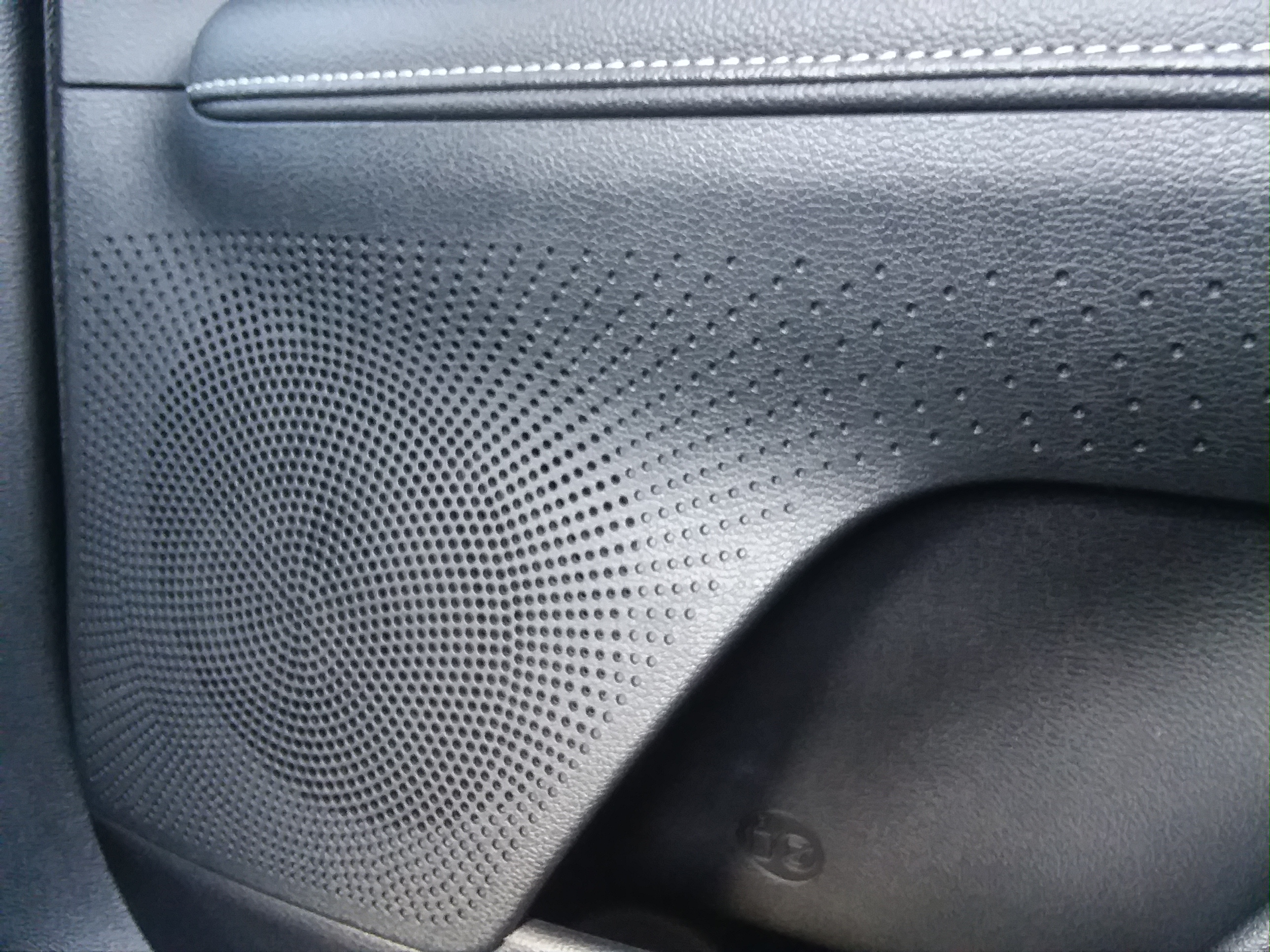 Most uniquely fashioned speaker grilles are found on doors, but the BMW 330i has fairly standard-issue ones in that location. However, the Beemer’s instrument-panel-mounted grilles (pic below) offer something unique, in the form of geometric ovals arrayed in a trippy, psychedelic pattern. 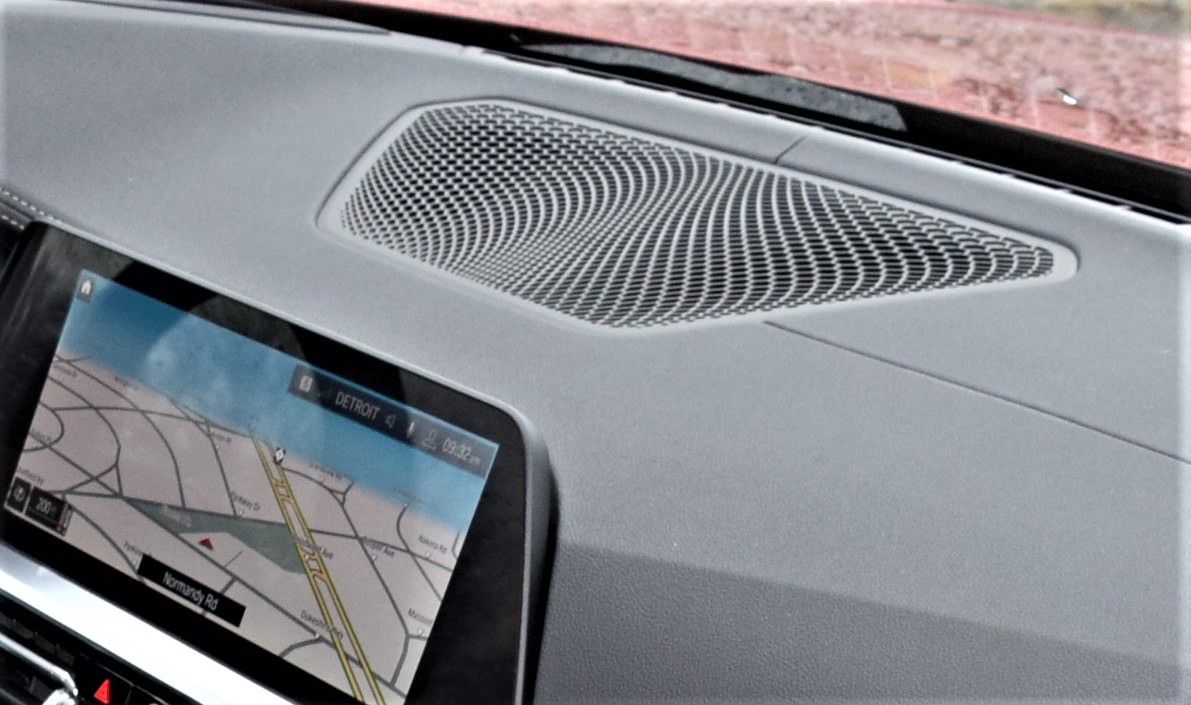 On its doors, the Lexus ES 350 wears grilles that are uncommon in both their color and design, having a gunmetal-type finish (i.e. not silvery or satin chrome) with perforations that bring to mind fish scales or cracked ice (pic below). 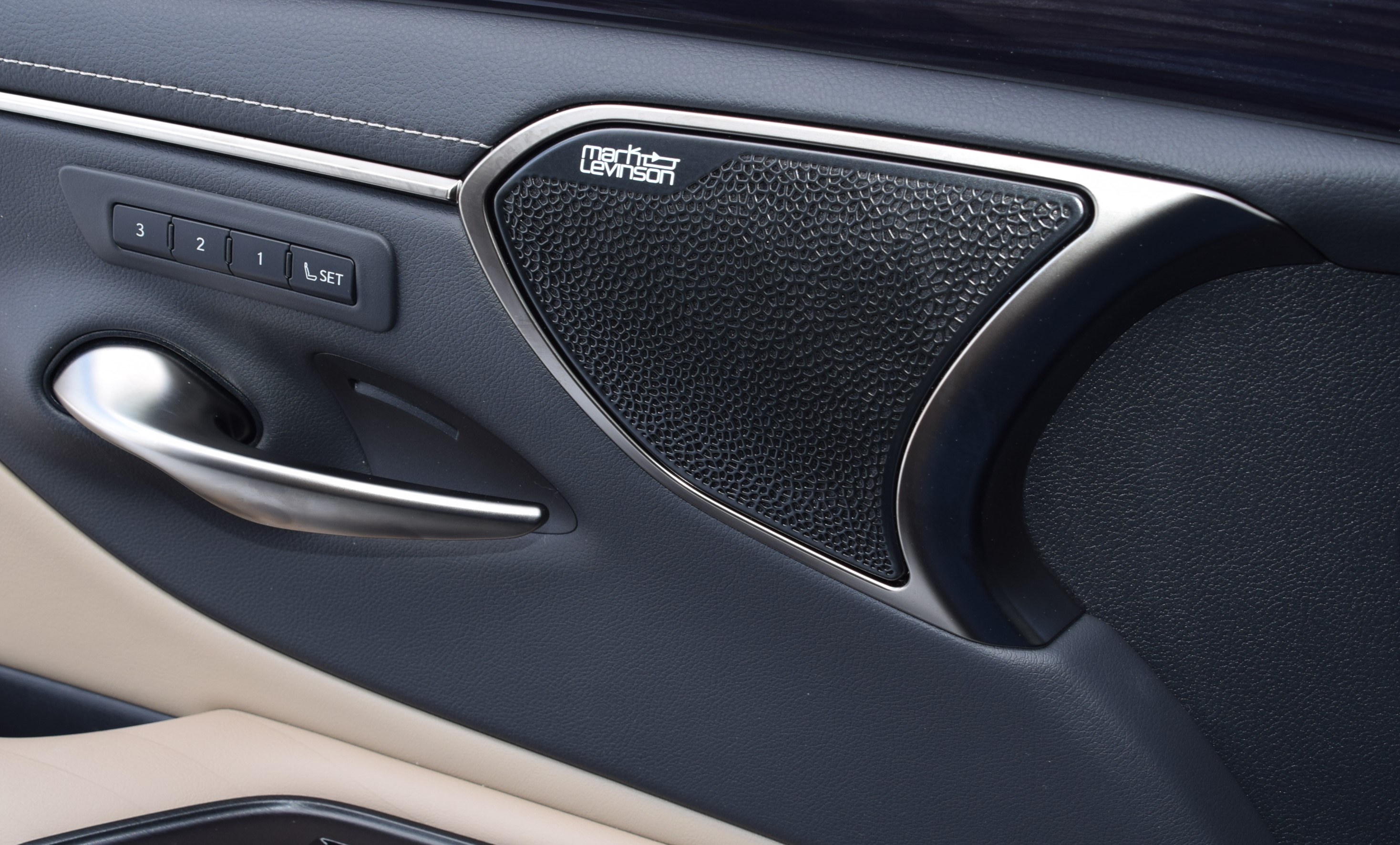 The Hyundai Santa Fe CUV, one of our 2019 Wards 10 Best Interiors winners, carries the distinction of having the first speaker grilles we can recall using a raised texture. Their elevated appearance (pic below) gives the grilles the look of rocky terrain, exactly the kind that might be found on a drive in the vehicle’s namesake city of Santa Fe, NM. 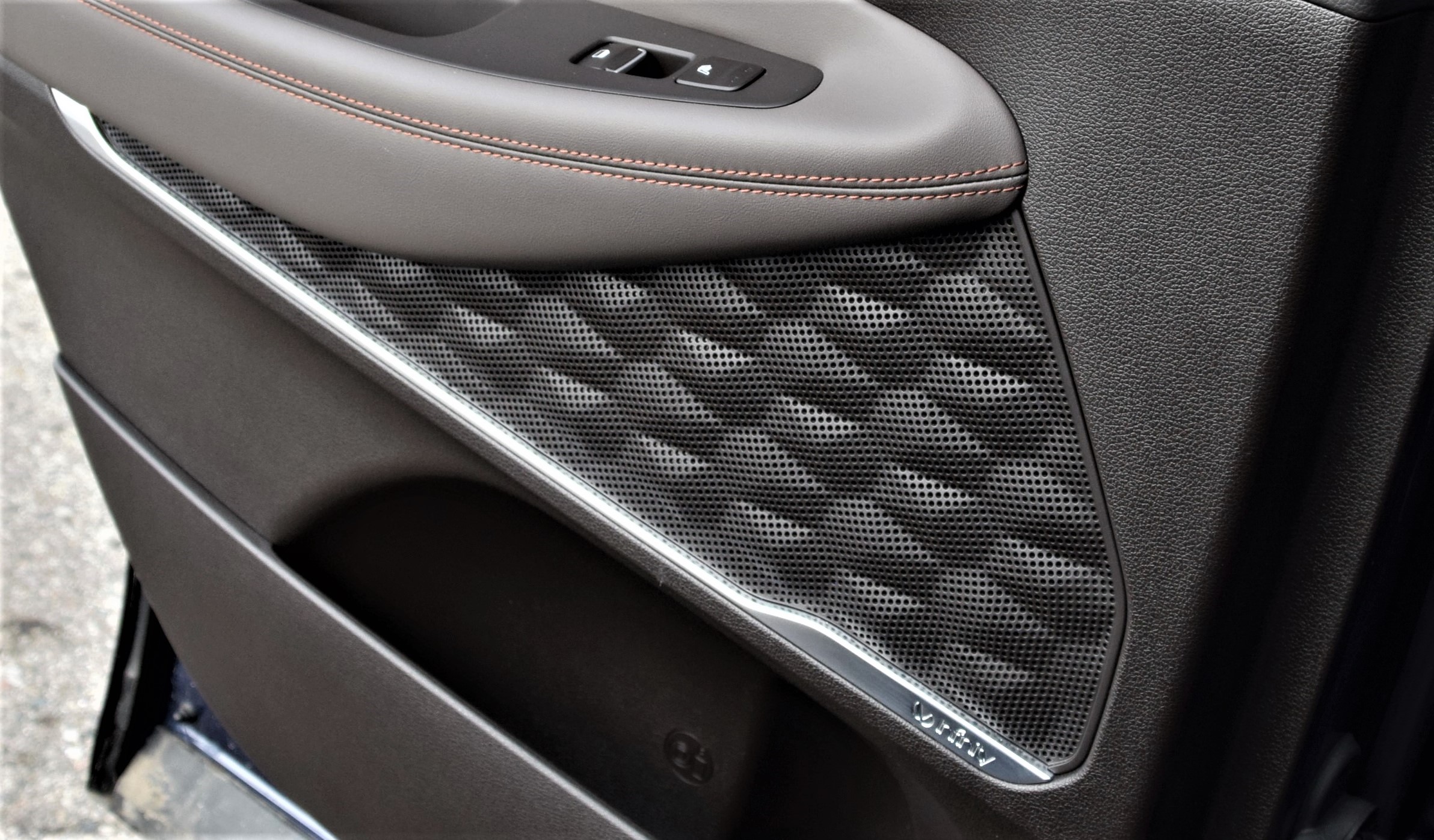 Contrasting the Santa Fe’s grilles, the Toyota RAV4’s are recessed (pic below). The imprinted lines, from a distance, resemble broken triangles or starbursts. Toyota repeats the motif elsewhere in the interior, including on the floor of the instrument panel’s shallow storage bins and in the bottoms of front cupholders. 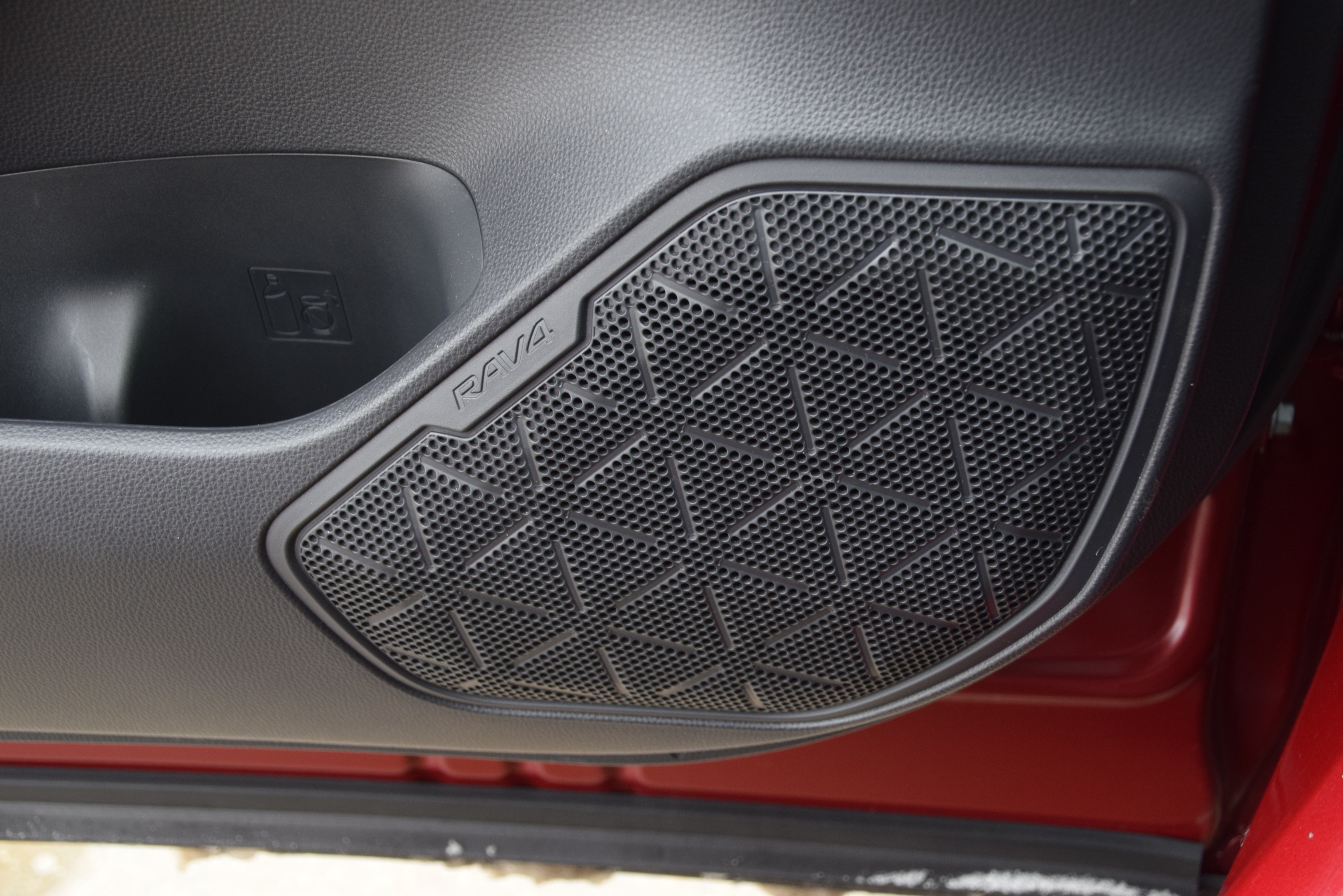 The Bentley Continental GT, another of our 2019 10 Best Interiors winners, has door-mounted speaker grilles befitting its $277,000 price tag. The grilles, the outlet of sound for the car’s excellent Bang & Olufsen audio system, have, per Bentley literature, holes drilled in variable sizes, at variable angles. Finished in glass-pearl-blasted aluminum, the grilles (main image above) use a “Fibonacci hole pattern” and “angled holes are placed as tightly as possible to achieve the best acoustic transparency,” says Bentley (Fibonacci was a 12th century Italian mathematician).

If that’s not enough bling for you, LED lighting illuminates the holes in the Continental GT’s grilles when the audio system is activated.

After having caught a glimpse of the door-mounted speaker grilles (pic below) in the new Hyundai Palisade 3-row CUV, which eschew dot perforation in favor of little dashes of different lengths – artfully stacked atop one another in a way that may look random, but isn’t – we can’t wait for grilles we may find in our 2020 batch of nominees for Wards 10 Best Interiors. 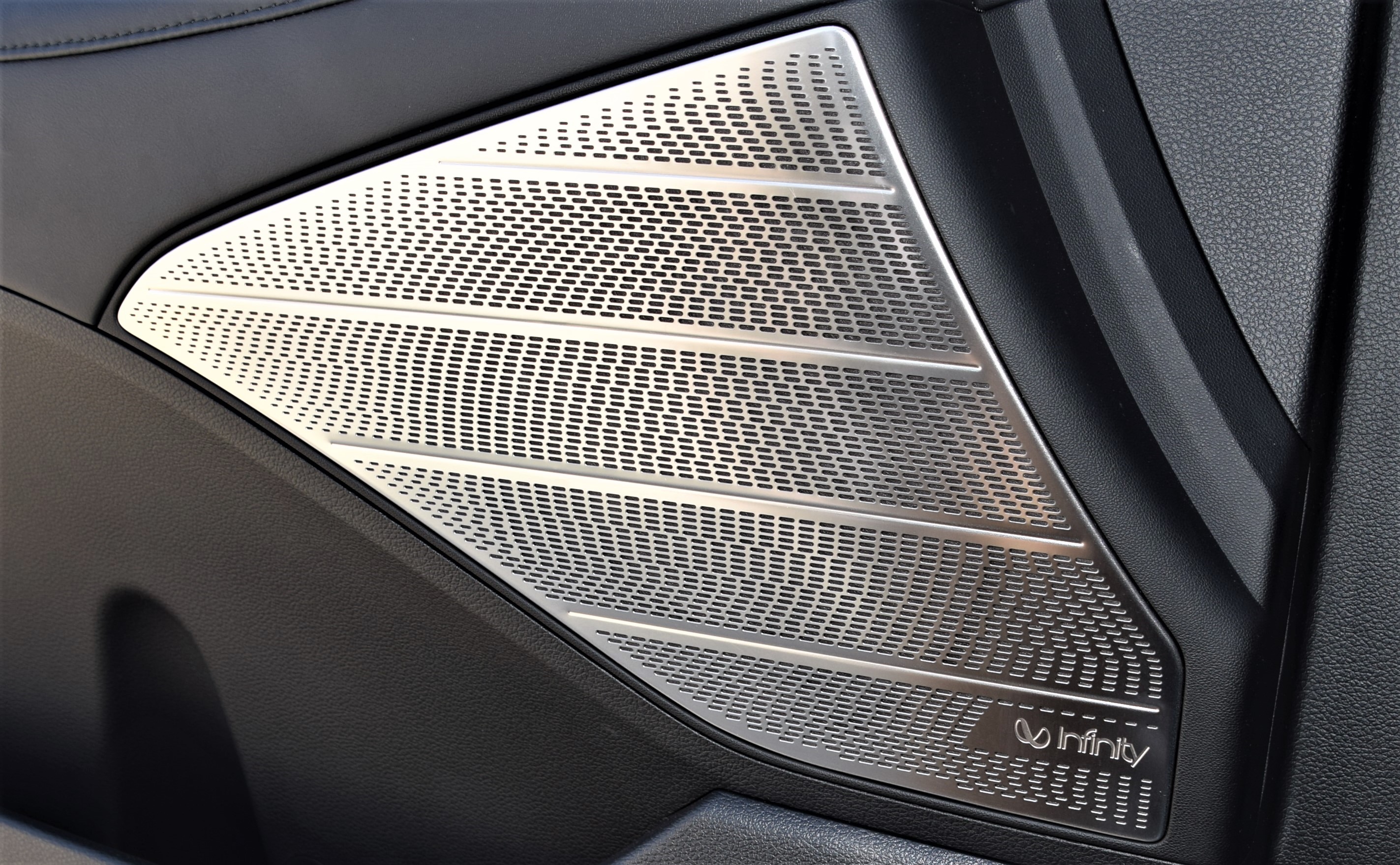