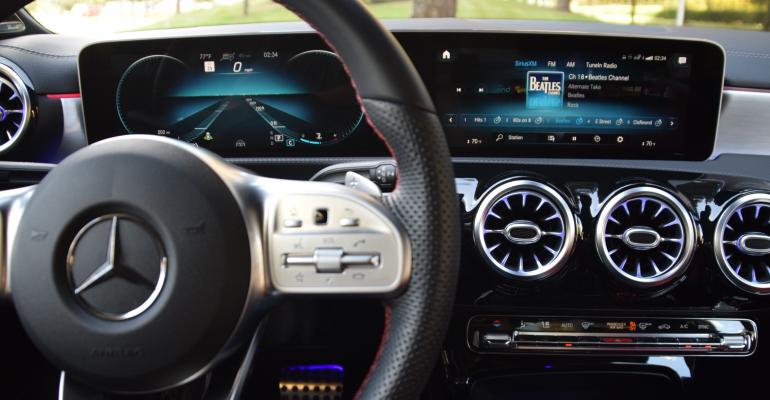 Mercedes Democratizes UX Tech with A220

If you want to enjoy the most-advanced user experience features an automaker has to offer, usually you must buy the top-of-the-line model.

But Mercedes-Benz is turning that idea on its head by making its latest technologies available first on its entry-level compact A-Class sedans.

It also includes a 10.25-in. (26-cm) widescreen cockpit display with touchscreen operation, touchpads located on the steering wheel and center console and the most detailed graphics the industry has seen thanks to a new NVIDIA processor.

The touchscreen uses high-quality glass and capacitive sensors and boasts resolution up to 1,920 x 720 pixels (200 dpi). The screen senses an approaching finger with the accuracy to anticipate which button the user seeks, and subtle UX cues, such as slight highlights to the button, cement the connection instead of using traditional haptic feedback.

The Mercedes A220 won a 2019 Wards 10 Best Interiors award in April, due in part to the technology-rich MBUX, but in our UX-specific testing during the summer, the MBUX really shined.

“Hey, Mercedes,” is the keyword for waking the A220’s intelligent voice-activation system. It uses AI for natural-speech recognition to more accurately interpret commands. If you’re cold, just say “Hey Mercedes, turn up the heat.” Ask it for coffee, and the system will navigate you to the nearest coffee shops. 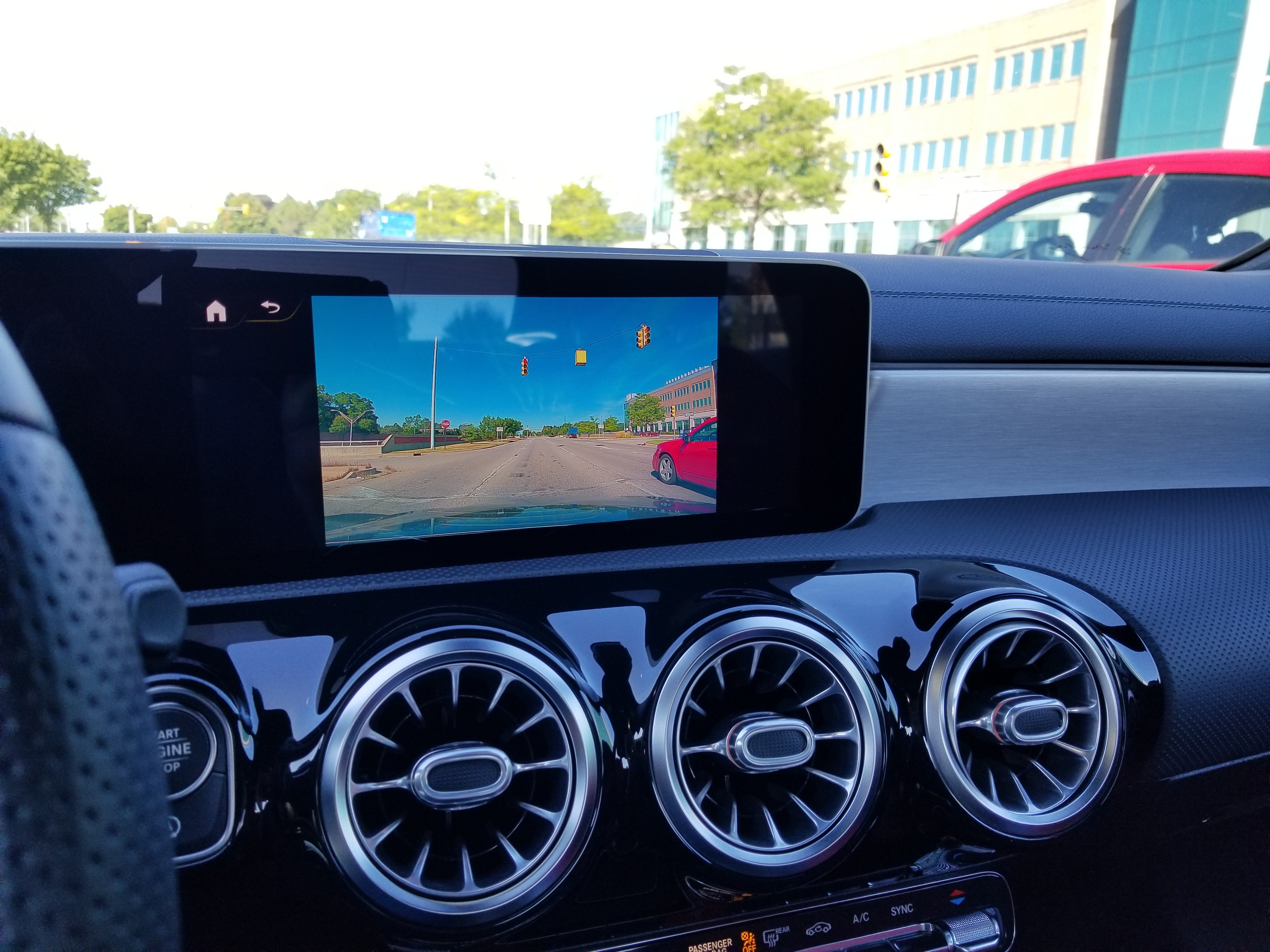 Front-camera view can use augmented reality to display building addresses.

We found the navigation system not only quickly delivers route guidance for natural-language requests for directions, a front camera shows a real-time scene of the road ahead overlaid with prominently displayed addresses of each house or building along the way. It is amazingly helpful when trying to find a location on dark or crowded streets.

Such technology in a car that costs less than half of some of our other test vehicles elicited strong responses from several judges.

And that’s exactly the kind of reaction Mercedes is hoping for.

“If personal transportation is to remain relevant among a new breed of technology-savvy consumers, automakers must offer products capable of keeping up with the digital experience outside the car, namely the smartphone and smart-home devices,” says Andrew Hill, who leads the UX, Data & AI Group at Mercedes-Benz Research and Development North America. 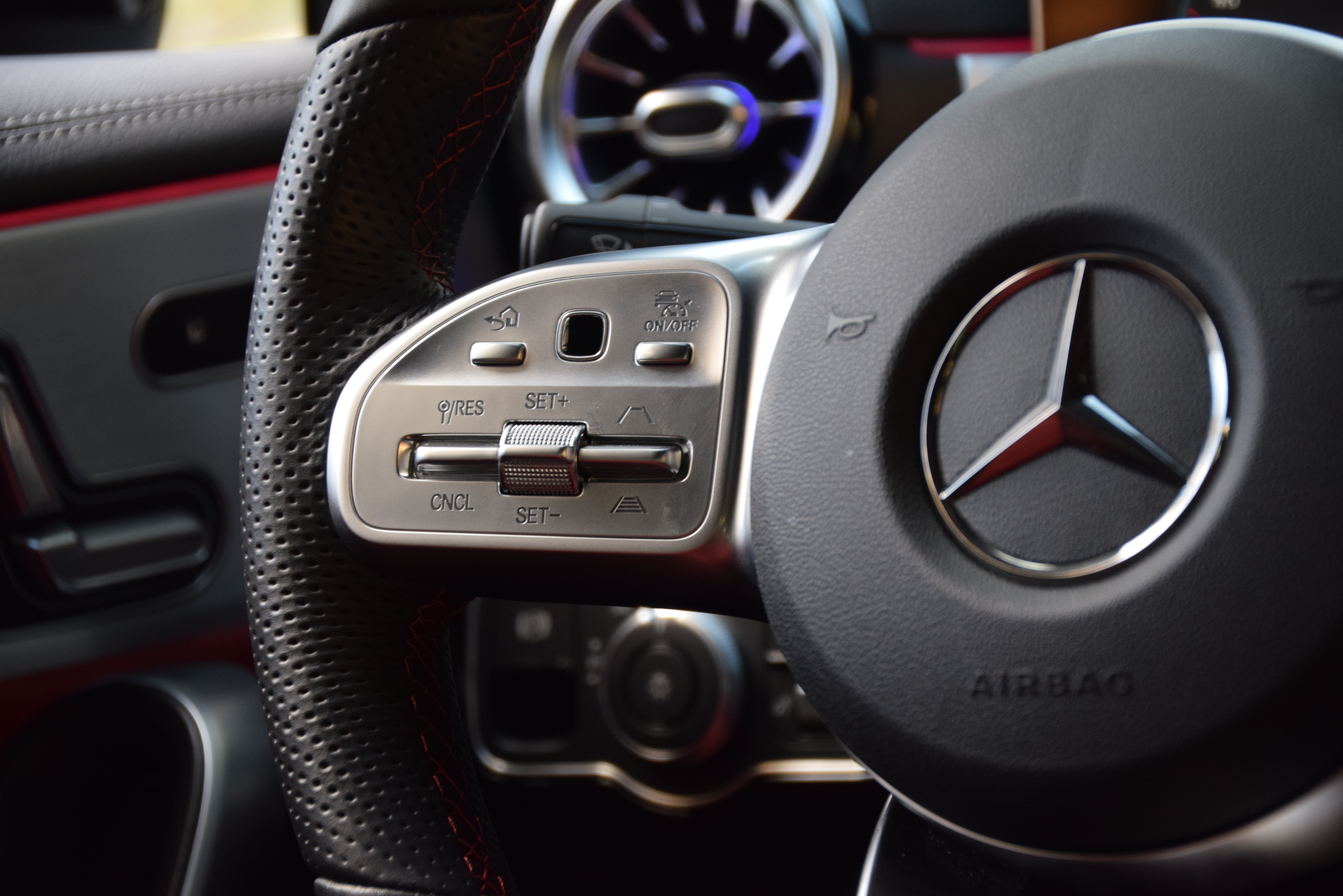 But the A220’s award-winning UX doesn’t end with MBUX.

Many other features impressed Wards judges, including a full menu of advanced driver-assist systems and speed-limit sign recognition and route-based speed control that automatically adjusts for speed zones and exit ramps.

But at the end of the day – and the beginning – the A220 makes its biggest impression with its ambitious executions of interior ambient lighting. There are no fewer than 64 color choices, with different hues glowing from the doors, dashboard and footwells. And with simple verbal commands, the A220’s lighting effects and huge screens will set the stage for whatever mood you are in.

“Getting in and out of the A220 will never get old. I broke a smile every time,” says editor Jim Irwin. 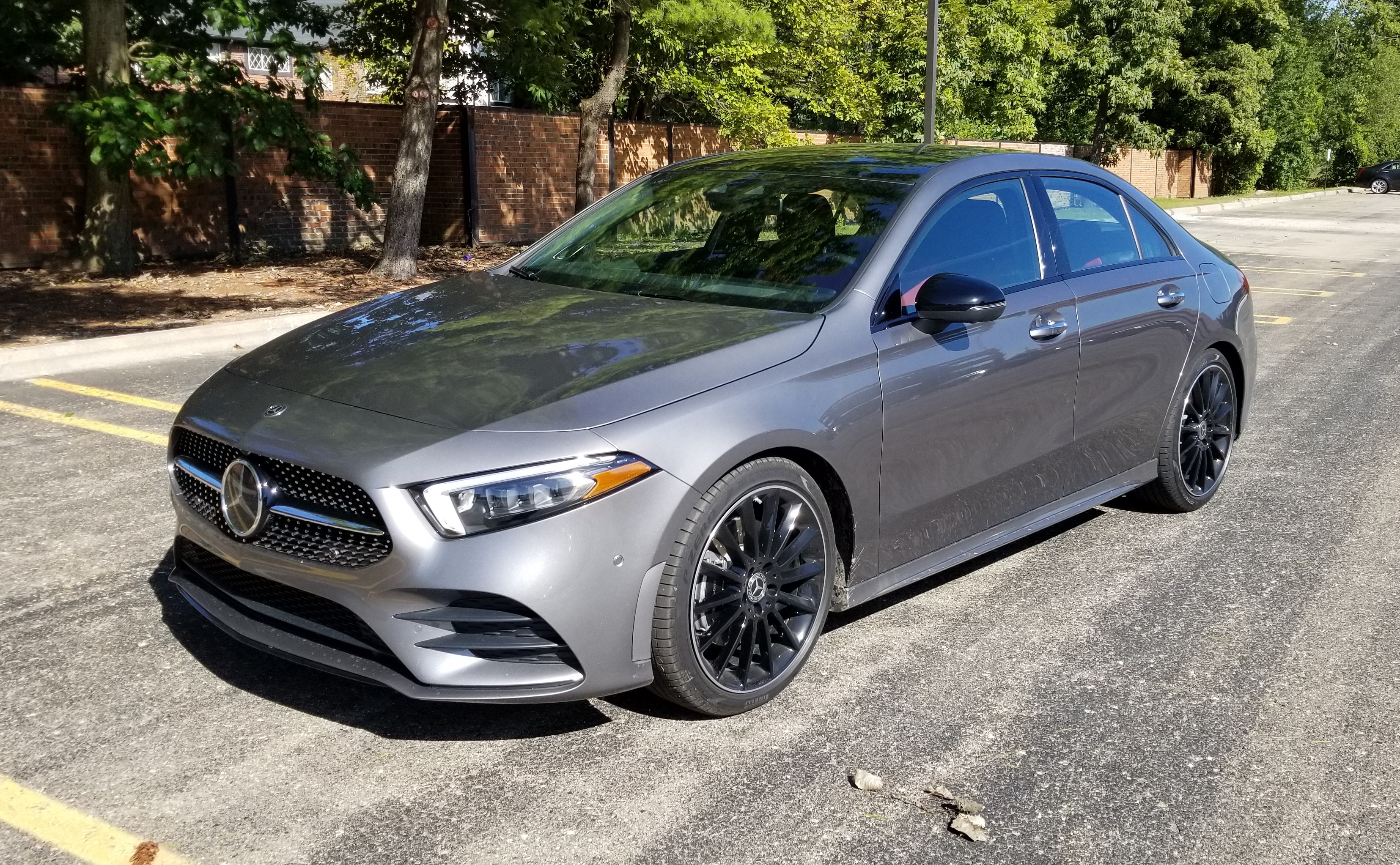