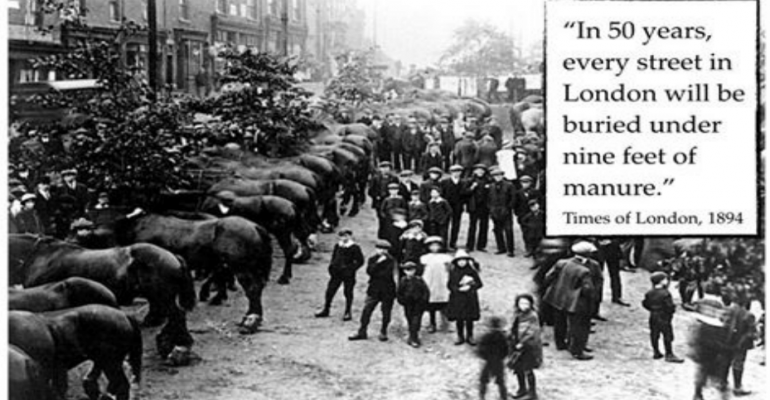 Horses were the primary mode of transportation until steam, electric motors and combustion all helped energize the Auto Age.
10 Best Engines & Propulsion Systems

Electric Motors Are the Engines of Change

The disruption sending combustion the way of the buggy whip has begun.

This is the second in a series of articles highlighting powertrain trends as the Wards 10 Best Engines competition celebrates its 25th year.

At the beginning of the 20th century, steam, electric motors and combustion all helped energize the Auto Age. Steam dominated with a 40% market share, followed by electric’s 38% and gas-fueled cars’ 22%.

The electric car’s lack of a starting crank and gear changes helped its cause up to 1910 or so, when Ford’s disruptive Model T seized the day with more speed, longer range and pedal shifting…at a fraction of the cost. Ironically, it was the arrival of electric starting in 1912 that gave internal combustion the edge it’s enjoyed for more than a century.

Henry Ford and Thomas Edison collaborated on a battery-electric vehicle (BEV) they announced would go on sale for $500-$750 by 1916. Clara Ford preferred driving her 1914 Detroit Electric Model 47 Brougham over gas-powered alternatives.

While Hollywood’s indictment of GM for killing the electric car was misguided, the General did recall and crush its EV1 BEVs in 2003, the very year Tesla was founded to “serve as the catalyst accelerating the day of electric vehicles.” 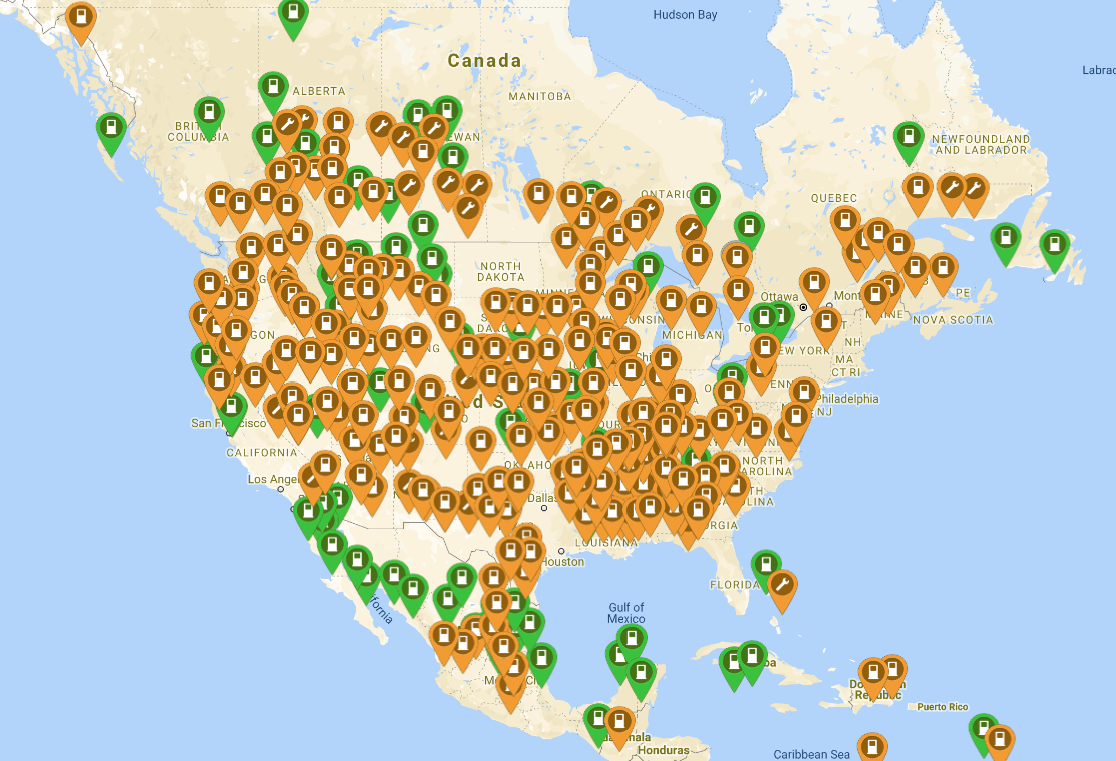 The average 40-mile (64-km) daily round-trip commute to work is well within every BEV’s range, with reserve left for side trips to the mall or fine dining establishments. Home recharging is less painful than vacuuming the living room. And with 55,000 fast/free/convenient public charging outlets already distributed across the U.S. and more added every week, range anxiety frowns turn upside down with every gas station drive-by. (See light brown supercharging locations in PlugShare graphic above.)

Way back when, it was battery grief that halted the Ford-Edison BEV initiative. Today, the cost of a lithium-ion battery pack is 80% lower than it was in 2010. Solid-state technology should soon move out of the lab into production, further reducing electric propulsion’s cost. According to Bloomberg New Energy Finance (see graphic below), cheaper batteries will drive a BEV’s purchase price below that of a conventional car by 2025. 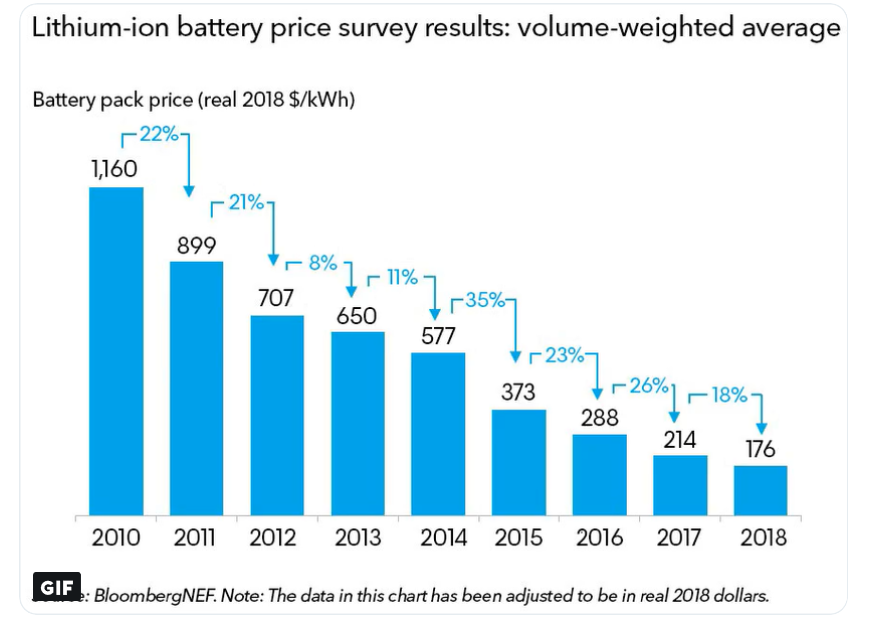 In spite of America’s current political turmoil, electrics clearly are becoming a significant part of our light-duty personal transportation fleet. Three dozen brands large and small have announced near-term plans to add BEVs to their lineups.

GM has committed to an all-electric future powered by batteries and fuel cells. And Ford announced this January that America’s favorite vehicle, the F-150, will soon be available in BEV form.