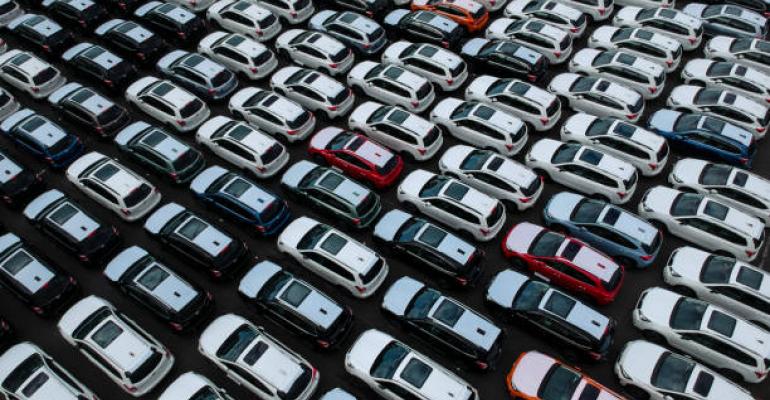 Ultimately, a government stimulus package at some point would “support the return of consumers buying vehicles,” Schuster says.
Industry News

Will Cash for Clunkers (Or Something Like It) Return?

“I’d be shocked if we didn’t see a government program encouraging consumers to buy vehicles again,” he says during a webinar focusing on the pandemic's economic damage and aftermath.

U.S. light-vehicle sales cliff-dove in March, finishing at an 11.4 million-unit seasonally adjusted annual rate. That's the lowest for any month since 11.2 million in April, 2010 during the depths of last decade's recession, according to Wards Intelligence.

Many states’ stay-at-home mandates to contain the virus have effectively stopped new-vehicle sales by temporarily closing car dealerships along with other businesses deemed as non-essential.

Later, COVID-19’s economic impact – which already has put millions of people out of work – may mean many Americans can't afford to buy a vehicle, short-term, she adds.

That’s where a federal incentive program would help, says Schuster.

He, Brinley and Michelle Krebs, Cox Automotive’s director-automotive relations, participated in the webinar put on by the Automotive Press Assn. and the Society of Automotive Analysts.

In its latest “Pulse of the Consumer” survey, Cox Automotive reports that many people, in states where dealerships remain open nonetheless, say they aren’t buying vehicles because they are loath to leave home as the pandemic worsens in the U.S.

Few survey participants cited vehiche affordability, a lingering issue even when things were normal, as a factor for their staying on the sidelines. “It was a distant third, but we expect to see that increase,” Krebs says.

Some automakers are offering hefty incentive packages to spur the sale of certain vehicles, such as pickup trucks.

A typical incentive may encourage consumers “to buy this vehicle or that vehicle, but not to buy a vehicle at all,” Brinley says.

People who lost a job or fear they will lose one rarely buy vehicles. “Consumers need to feel comfortable both in buying the vehicle and in the ability to make the payments,” Brinley says.

Ultimately, a government stimulus package at some point would “support the return of consumers buying vehicles,” Schuster says. “It’s challenging to say what that program would look like.” Or when it may occur, he adds.

Even bold automotive prognosticators shy about what's next in this upside-down envionment. Predictions are subject to change, as "this comes out of our mouths," Brinley says.

The last time the federal government offered a big auto-buying financial incentive to Americans was in the recessionary year of 2009.

Popularly known as Cash for Clunkers, it was a $3 billion scrappage program that aimed both to bolster plummeting new-car sales and get older, fuel-inefficient vehicles off the roads.

“It’s hard not to see (a federal) incentive program” this time around, Schuster says, adding it may carry a “green” element to encourage electric-vehicle purchases.

Brinley isn’t sold on a potential Cash for Clunkers 2.0.

For the most part, the original program only pulled ahead sales, she says. “I’d question whether it was the best use of funds.”