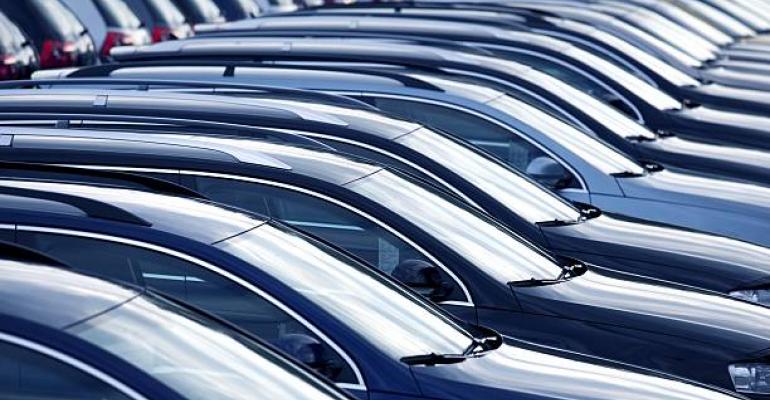 Nearly 2 million vehicles are coming off lease over five months in the U.S., and J.D. Power says to expect heated auto-industry efforts to get lessees to re-up.

The company’s just-released 2020 U.S. End of Lease Satisfaction Study urges dealers and lenders to work together to retain lease customers as the market heads into a downturn because of the COVID-19 pandemic.

“Communication through customer-preferred channels is paramount as dealerships temporarily close and lease customers navigate an unprecedented event, uncertain of their available options to defer payments, extend or terminate their leases.”

He adds: “Competition from banks and captive lenders will be fierce for the 1.8 million returning lease customers scheduled to turn in their vehicles in the next five months.”

Automakers and their captive lenders currently offer attractive deals to people who buy vehicles, he notes. “Aggressive retail programs, some of which have already launched with 0% financing and deferred payments up to 120 days on extended term loans, will create more obstacles for lease retention.”

New-vehicle leases accounted for 31% of the new retail vehicle market in 2019, while lease transactions this year account for 52% of captive lenders’ new retail business.

Understanding the different lease-end journeys is crucial to recapturing lease customers in both the luxury and mass-market segments.

Customer satisfaction is key to retention. The average overall satisfaction score among returning mass-market lease customers who leased again with the same brand is 862 (on a 1,000-point scale).

By contrast, overall satisfaction among returning mass-market lease customers who switched brands is 778. The trend is more pronounced in the luxury segment (876).

Moments of truth. Specific timeframes, communication channels and identified actions taken during critical junctures in the lease process can set the tone for the entire experience.

In the mass-market segment, the greatest differentiation of lease satisfaction among those who leased again are ease of the inspection process, scheduling vehicle returns, turning in vehicles and the lease termination.

In the luxury segment, it is ease of lease termination, turning in vehicles and obtaining details about lease end.

Buyers are beginning the consideration process sooner. In 2017, when J.D. Power last conducted the U.S. End of Lease Study, only 3% of customers began to think about their next vehicle more than 12 months before the end of their lease. Now, it’s 14%.

The study is based on responses from 2,848 mass-market and luxury-vehicle lease customers who are within six months of lease end. It was conducted from November 2019 through January 2020.

The study included 26 lenders, most of them automakers’ captive finance companies.