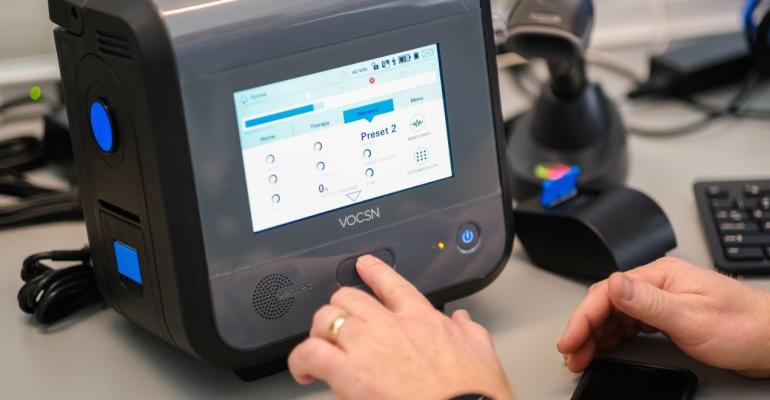 The $489.4 million contract calls for GM to deliver 30,000 critical-care Ventec ventilators to the “Strategic National Stockpile” by the end of August. GM spokesman Jim Cain told Fox News the automaker will lose money on the ventilator contract.

Some of the angst around General Motors’ effort to build ventilators to aid patients stricken by the often-lethal COVID-19 seemed to dissipate as GM and its partner, Seattle-based Ventec, have signed a contract with the U.S. Department of Health and Human Services.

DHHS described it as “the first contract for ventilator production rated under the Defense Production Act,” which President Trump has been urged to use in pressuring more companies to build medical equipment for patients stricken by the respiratory ailment that has killed nearly 15,000 Americans and nearly 89,000 people worldwide.

The complex, critical-care ventilators help patients who no longer can breathe on their own because of the novel coronavirus. Governors, hospital executives and local officials have said ventilators are in short supply as the pandemic has spread across the U.S.

The $489.4 million contract calls for GM to deliver 30,000 ventilators to the “Strategic National Stockpile” by the end of August, with a production schedule allowing for the delivery of 6,132 units by June 1, according to the DHHS announcement.

Ventec designed the ventilator and has been working with GM since March 20 on a plan to build units in high volume at a GM plant in Kokomo, IN, which is used for electronic automotive components. Together, GM and Ventec will receive $16,000 for each unit. GM spokesman Jim Cain told Fox News the automaker will lose money on the ventilator contract.

The plant was chosen because it already is equipped with the “clean rooms” required for ventilator production. The Kokomo plant, formerly owned by Delphi, currently belongs to General Motors Holdings.

The “rating” of this contract under the DPA follows President Trump’s direction to HHS Secretary Alex Azar on March 27 to invoke the Defense Production Act for ventilator production.

“By rating contracts under the DPA, HHS is helping manufacturers like GM get the supplies they need to produce ventilators as quickly as possible, while also ensuring that these ventilators are routed through the Strategic National Stockpile to where they’re needed most,” Azar said.

The DPA, which has been on the books since the Korean War, allows the federal government to force companies to build equipment needed for national security during an emergency.

“GM is proud to deploy its purchasing and manufacturing capability alongside the respiratory care expertise of Ventec,” GM said in a statement. “We remain dedicated to working with the Administration to ensure American innovation and manufacturing meet the needs of the country during this global pandemic.”

Within days of starting to work last month with Ventec, GM’s purchasing department had lined up suppliers to produce the 700 parts necessary to assemble the life-saving ventilators.

“We’re grateful to the GM team for working with the federal government to expand our nation’s Production Act to secure ventilator production as the pandemic evolves,” Azar said.

The Trump Administration has deployed thousands of ventilators from the Strategic National Stockpile that have helped save lives in places such as New York, Detroit and New Orleans.

Meanwhile, Ford and GE Healthcare also have announced a tentative plan to produce 50,000 ventilators in Michigan within the next 100 days in fighting COVID-19. The companies could use the FDA-cleared ventilator design of Florida-based Airon Corp. Initial production will be up to 30,000 ventilators a month and thereafter as needed.

Airon currently produces only three Airon pNeuton Model A ventilators per day in its own plant in Melbourne, FL.